Darcey Silva and Tom Brooks, stars of the hit TLC series 90 Day Fiancé: Before the 90 Days, are both dating different people today. The reality stars split during Season 4 of the show after Darcey found out Tom was seeing another woman; both Darcey and Tom are now seeing other people and don’t appear to be friends any longer.

However, Tom is no longer dating Shannon, the woman he allegedly cheated on Darcey with. Although Tom and Shannon decided to give their relationship a shot after he and Darcey broke up, pictures surfaced on June 1 featuring Tom with a new woman named Amanda. Meanwhile, Darcey has reportedly been seeing Georgi Rusev, a 32-year-old Bulgarian massage therapist, fitness trainer and model. Here’s what we know about both of their new relationships: 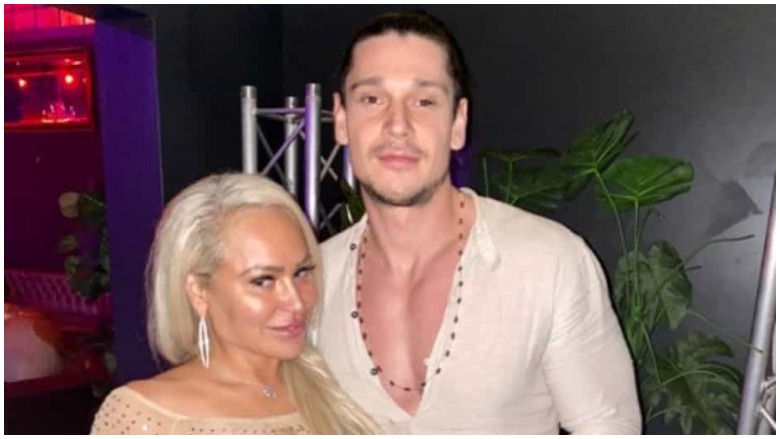 Darcey met her hunky Bulgarian beau through social media several months ago, and they’ve  been spotted together in public once or twice in recent months. Darcey was with Georgi at a star-studded Super Bowl gathering in Miami last February, according to Soap Dirt;  she had even posted a few photos of Georgi on Instagram at the time, but they have since been deleted.

Although Georgi is Bulgarian, the fitness trainer lives just outside of D.C. in the Arlington, Virginia, area. At one point, Georgi’s Instagram bio linked his profile to Home Spa Therapy, which offers at-home massage services in the D.C. area; however, his bio no longer features the link, so it’s unclear if he’s still working with the company today. He’s actually been pictured alongside famous clients including Vanessa Williams over the years, according to Distractify, so the massage therapist has definitely built himself a name in the D.C. area.

Although there aren’t too many photos of the two together just yet, Darcey slowly started to show more affection for her new man on social media after her breakup with Brooks was made official on the show. The two have been exchanging sweet, gushy messages and commenting on each other’s posts over the last few months, and they both frequently call one another “babe” while adding cute heart emojis in their comments. 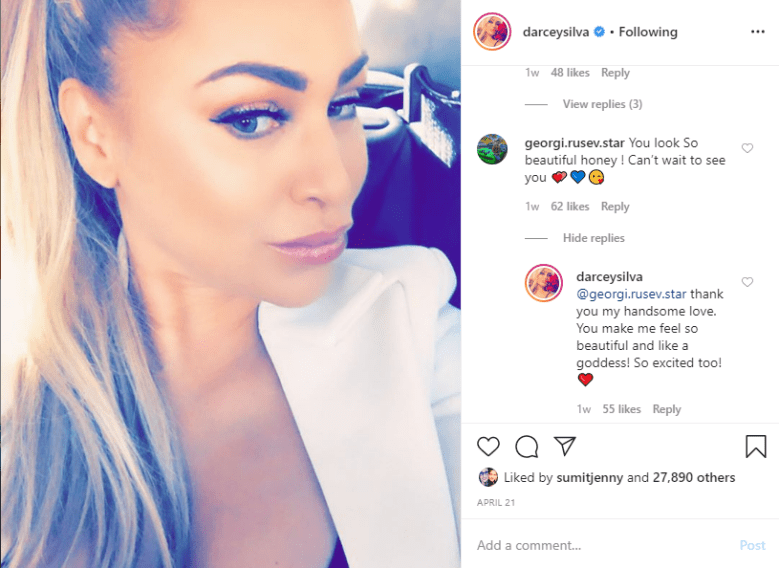 InstagramDarcey Silva and Georgi Rusev have been more public with their relationship in recent weeks.

It’s unclear if the two are still seeing each other today, and fans likely won’t know until after the Before the 90 Days “Couples Tell All” special airs on June 7 and 8. Contractual obligations to the network stops the reality star from sharing too much in terms of a relationship status at this time, but Darcey and Georgi still follow each other on Instagram and comment on one another’s posts, so we have a feeling they are still dating (or at least still good friends).

Tom recently posted a few photos cozying up with his girlfriend, Amanda, in NYC. Photos of the two have been circulating around for the past few months. Seems like Shannon (who was shown near the end of this season) is not in the picture anymore… Maybe Tom and Amanda will be on a future season? 📸 Repost @tombrooks_tv —————————————— #realitytv #realitytvshow #tv #tvshows #tlc #tlcnetwork #90dayfiance #drama #90dayfiancé #beforethe90days #entertainment #television #90dayfiancetheotherway #show #sundayfunday #tvshow #tvdrama —————————————-

Although Tom made it clear that he was interested in pursuing a relationship with his side-beau Shannon earlier this season, he was recently spotted with another women on Instagram. The Instagram page 90 Day Fiance News shared a collage of photos featuring Tom and a woman named Amanda on June 1.

“Tom recently posted a few photos cozying up with his girlfriend, Amanda, in NYC,” the caption reads. “Photos of the two have been circulating around for the past few months. Seems like Shannon (who was shown near the end of this season) is not in the picture anymore… Maybe Tom and Amanda will be on a future season?”

Again, it’s unclear if Tom is still dating Amanda today (or Shannon, or any of the other women he’s been linked to over the past six months), and we likely won’t get an update on his relationship status until Season 4 officially ends, but with the pictures of Tom and Amanda surfacing so recently, there’s a good chance they are still together.

Read More
90 Day Fiance, Reality TV, TV
Darcey and Tom, who broke up during Season 4 of "90 Day Fiancé: Before the 90 Days," have both been spotted with new partners over the last few months.