Getty August Alsina at the 2017 BET Awards at Staples Center.

August Alsina is one of R&B’s most unspoken artists and is known to say whatever is on his mind.  He recently gave a candid interview with Power 105.1’s Breakfast Club host Angela Yee for his YouTube channel to promote his album The Product III: stateofEMERGEncy and claimed he had Will Smith’s blessing to have a relationship with his wife, Jada Pinkett Smith.

“I actually sat down with Will and had a conversation,” Alsina told Yee. “He gave me his blessing. And I totally gave myself to that relationship for years of my life, and I truly and really, really, deeply loved and have a ton of love for her (Jada). I devoted myself to it. I gave my full self to it. So much so that I can die right now, and be OK knowing that I fully gave myself to somebody. Some people never get that in this lifetime.”

Pinkett-Smith has denied these allegations and her rep told Page Six that what Alsina is saying is “absolutely not true.”

Besides these rumors, the New Orleans native is quite an intriguing figure in R&B. Here’s a few things to know about the “Do You Mind?” singer. 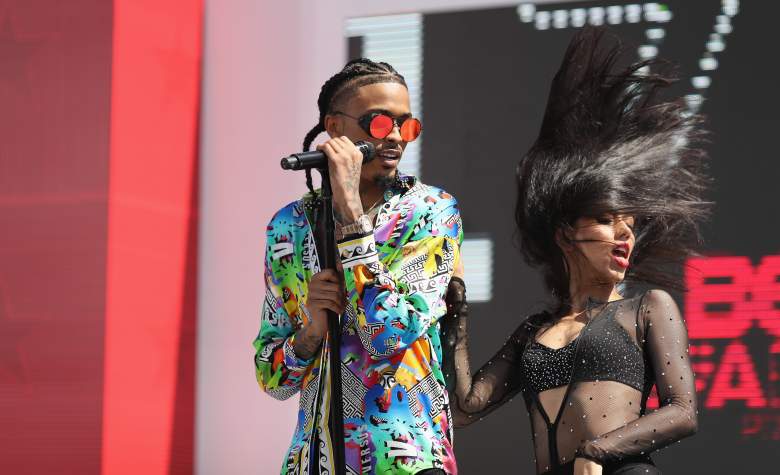 Alsina began uploading videos of him doing his own renditions of R&B tunes to YouTube during his teenage years according to Billboard. After his mother pawned his laptop, that came to a halt but his videos continued to help his star rise. In 2012, he was signed to Def Jam Records through singer The-Dream’s Radio Killa record label.

2. Alsina is Raising His Three Nieces 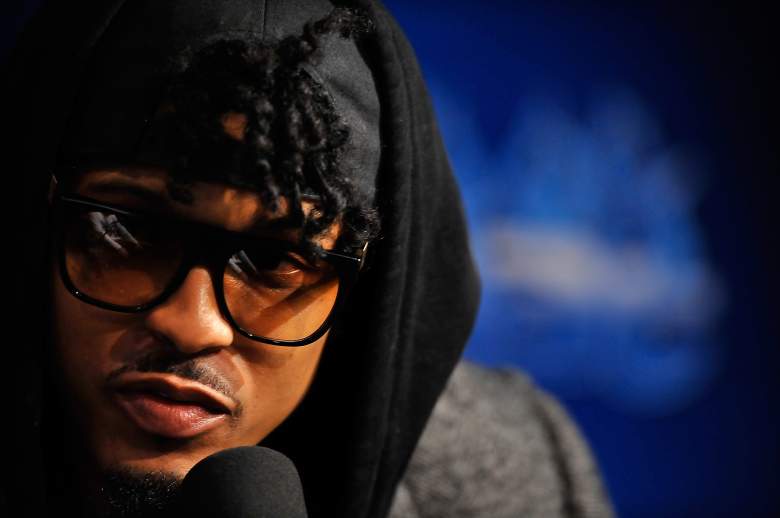 Throughout his career, Alsina has been open about how heartbreaking the loss of his brother in 2010 was for him. Back on Christmas Day in 2018, Alsina suffered another terrible loss. His  sister-in-law and hairstylist passed away from cancer.

“We lost such a beautiful soul on Christmas Night To the battle with cancer,” he wrote on Instagram. “I am Utterly devastated & Deeply shattered! “Not only for myself, but for my 3 little nieces, whom are now robbed of BOTH parents. First they killed [her partner] Mel, Now Cancer has stolen you. What is life? Why is life? Why is THIS life?”

Now that both of their parents are deceased, he is raising their three daughters.

Alsina added that it’s challenging learning how to be a father when he doesn’t have his own children and his own father is deceased.

“They call me Damy- it’s dad and mommy mixed together,” he continued. “And just the weight of that title alone—because I don’t have kids of my own. It makes me want to be what I know I need to be for them because I grew up with my father dead and having a strained relationship with my mother. To go through life without having a person you can run to, without having a certain type of foundation, so I’m saying all of that to say I am how I am. And I am how I am until I get to more of what I’m supposed to be.”

Chandra… @_chachacha My Sister, My friend, life giver to my nieces, my hair magician, my biggest supporter, my number one fan. We lost such a beautiful soul on Christmas Night To the battle with cancer. I am Utterly devastated & Deeply shattered! Not only for myself, but for my 3 little nieces, whom are now robbed of BOTH parents. First they killed Mel, Now Cancer has stolen you. What is life? Why is life? Why is THIS life? I’m calling on God for the answers. I don’t question God but THIS I’m not in agreement with. After Mel left I was always pushing you and hard on you about figuring out life’s direction & purpose for yourself..encouraging your entrepreneurship with mostly my fear speaking. Afraid & wanting my nieces to see an example of hustle, drive, determination and confidence through you so that they’d follow suit as young women…. & ALL along you were PERFECT! Living in your perfect purpose. The perfect mother, the perfect friend, the perfect sister, the perfect listener, the perfect caregiver, the perfect example of a young black woman traumatized by the ruins of our cultural upbringing trying their damndest to push to evolve and overcome fear while trying to raise 3 precious little innocent lives &’figure out a life your own at the same time. Before you left You asked me to guard & raise these girls, & I promise you I don’t even know where to begin. I am at a lost & am desperately craving and crazing to be found, so please send some signs, help us out. I have trouble accepting the fact that you’re gone, so it’ll be like we’re just going for a while without seeing each other. Someday hopefully I’ll find you where you are, where Peace is. Please say hello to Melvin & hug him for me, & just ask God to cover the emotions of the girls and allow their hearts to be open, accepting and able to receive love. Ask God to expand my capacity because right now I’m maxed out. Lord knows I’m still raising myself but I guess it’s officially official…I’m a DAD now & I have 3daughters, & i don’t know the slightest thing about it or where to start but unfortunately I/we know loss too well. Rest In Peace my dearest sweet sister..You made it out of this hell hole. ❤️

3. Alsina Reached Out to Pinkett-Smith to Help Him With his Percocet Addiction 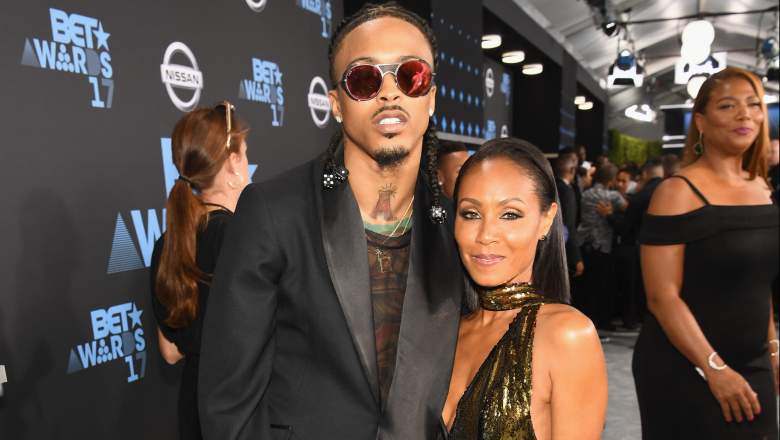 GettyJada Pinkett Smith denied August Alsina’s allegations that they had an affair. The singer claimed Will Smith allowed the tryst.

In 2018 during an appearance on Jada Pinkett-Smith’s show Red Table Talk, Alsina revealed that he once battled an addiction to Percocet after being prescribed the powerful pain killers after he fell off stage in 2014.

“I literally had an endless supply of Percs,” he said. “If you asked my brother, anybody … I’m like, raining Percs. Off my body, off my house. I was literally raining pills like Skittles.”

He reached out to The Smiths to help him overcome his addiction and shared with Pinkett-Smith how her support helped him become sober.

“To feel your emotion and to hear you bawling, that was a reality check for me,” he told her. “I was like, ‘Wow, if someone else can love you that much that it hurts them, why doesn’t it bother you that you are actually hurting yourself?’ That moment really changed the trajectory of my life.”

Take a look at his appearance below.

4. Alsina Has a Degenerative Eye Disease

In 2015, Alsina revealed on social media that he has a degenerative eye disease. He posted a now-deleted photo on Instagram of him getting a procedure to help him maintain his eyesight.

“So I have this eye disease.. Blind in my left, and losing vision in my right,” he captioned the post STL American reported. “In order to prevent my eyesight from deteriorating I had to do this surgery. This s–t is beyond painful & Life be throwin’ a f—ingcurve balls but what I’ve gained from it all is priceless.”

He told Billboard that he didn’t want to accept his diagnosis at first.

“I went to see a few other doctors, but that was it — I had to accept it,” he said. “It was a very humbling experience. You take that for granted, waking up and being able to see.”

5. Alsina Had a Difficult Childhood

Growing up in New Orleans was rough for Alsina. Since his mother battled crack cocaine addiction his younger years were less than pleasant.

“Of all my childhood memories, I don’t have any good ones,” Alsina told Billboard. “I block s–t out. The s–t just make you cold-hearted, to be honest.”

Alsina reflected about his difficult relationship with his mother and how inconsistent it has been.

“We all have issues,” he told The Breakfast Club. “My mom is my mom. I don’t expect people to really understand the situation with my mom and her kids. Sometimes we go years, months without talking to her. I applaud my mom for doing all that she has done for us as a parent, but I think that sometimes the mother side gets pushed to the side. I just imagine me having a kid and my kid being an artist and in a song my child sings ‘I try to buy my mama love she don’t appreciate me.’ My reaction isn’t to go online to explain myself to the world. My reaction is… let me see what’s wrong with my child because I’m the parent and you’re the child. I feel like a regular person to my mom, not her son.”