Elizabeth and Andrei, stars of the hit reality series 90 Day Fiancé, have been in Moldova planning their second wedding for the last few episodes of Happily Ever After. However, Elizabeth is considering calling off the wedding after Andrei lost his temper and tried to fight her brother Charlie during a recent episode of the show.

As fans already know, Andrei has had an ongoing feud with Elizabeth’s family since the two first got together. From concerns about his temper and controlling attitude to problems with his work drive and financial stability, Elizabeth’s father and siblings have often been at odds with Andrei over the years. Their issues with Andrei came to a head during a recent episode of the show when Elizabeth’s father Chuck and her brother Charlie arrived in Moldova and started questioning Andrei about his past, which led to an explosive confrontation at dinner.

Elizabeth was furious with Andrei’s behavior toward her family, and tonight’s episode of the Happily Ever After highlights the fallout of Andrei’s outburst. Elizabeth threatens to call off their wedding if Andrei doesn’t apologize to Charlie, something that Andrei has no intention of doing. So what happens between the two? Does Andrei set aside his pride and make amends, or does Elizabeth cancel their wedding and head back to America?

Keep reading for spoilers on what goes down between Andrei, Chuck and Charlie during Episode 10 of 90 Day Fiancé: Happily Ever After, but be warned: MAJOR SPOILERS AHEAD! Turn back now if you don’t want anything ruined for you before the episode airs!

Andrei Tried to Fight Charlie For Asking Questions About His Past

For those who need a recap, Andrei threatened to fight Elizabeth’s brother during a recent episode of the show after Charlie and Chuck refused to stop digging into Andrei’s past. In the clip above, Andrei tells Charlie to “shut the f–k up,” jumps out of his chair and threatens to take him outside. As Andrei walks by Charlie, they get into a scuffle and everyone at the table attempts to restrain them.

In another clip following the incident, Andrei storms outside and tells his friend to “get everybody in line” and remove Chuck and Charlie from the restaurant because he doesn’t want them to sit with “their people.” He tells his friend to “get them the f–k out” and calls his in-laws manipulative while Elizabeth shouts that he’s the only one causing a problem.

Although Elizabeth sides with her brother during the incident, Andrei’s brother Radu believes that Chuck and Charlie were antagonizing Andrei by asking him so many questions. He tells the cameras, “Andrei speaking with Chuck and Charlie, he had some kind of anger in his voice. But he is my brother and he is more on fire than me, but I cannot blame him because they also shouldn’t ask questions that he doesn’t like.” You can check out the clip below.

Taking it outside! Andrei has had enough of Charlie's disrespect. Don't miss what happens next, tune in to #90DayFiance Sunday at 8/7c. pic.twitter.com/ubtaeH9KOf

During tonight’s episode of the show, Elizabeth and Andrei have a long discussion about what happened at the restaurant. Andrei tells his wife that he felt personally attacked when they were drilling his friends and family about his past, and he eventually lost his temper.

“They were making jokes and all the attention was on me and I got offended,” Andrei explains during a confessional. “I couldn’t just hold onto my feelings and not say anything back.” He adds, “I think I did too much and I hope we’re still gonna have a wedding.”

He blames his short reaction on the alcohol he was drinking, and Elizabeth tells him he needs to apologize to her family for his behavior. Andrei says he will apologize to Chuck for letting his temper get the best of him, but he doesn’t regret what he said to Charlie because his brother-in-law was asking “provocative” questions and asking for conflict.

“Today I little bit agree that I crossed the line with Chuck,” Andrei tells the cameras. “I shouldn’t have said all of the mean things to him that I did. But to Charlie I don’t feel any regrets ’cause he actually asked me if I came to America ’cause it’s America. And I didn’t came there for Libby. He’s just lucky that I didn’t take him outside.” 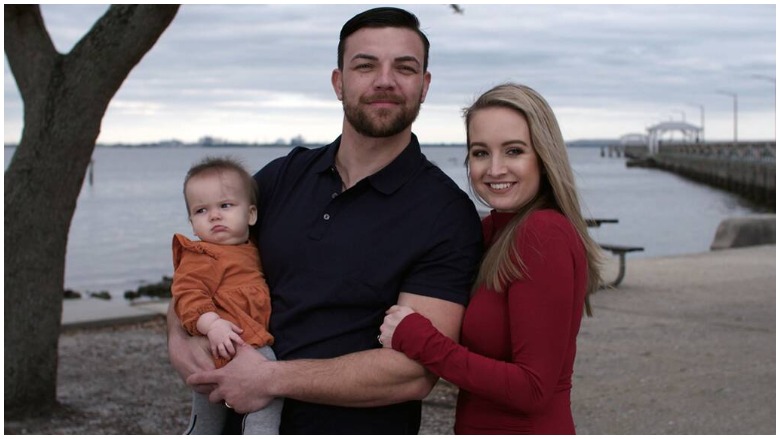 Elizabeth eventually gives Andrei an ultimatum – either he apologizes to her dad and brother, or there will be no wedding. “Listen, until you and my family make amends and apologize, and things are normal, I’m not getting married again,” Elizabeth tells her husband. “I won’t.”

Later on in the episode, Elizabeth’s dad threatens to fly back to the U.S. and not pay for their wedding if Andrei doesn’t make amends, so Andrei eventually swallows his pride and confronts Chuck and Charlie. He apologizes to Chuck for his behavior, and although he doesn’t outright apologize to Charlie, he explains why he reacted the way he did. They grudgingly accept his apology but warn Andrei that he’s on thin ice and that they’re watching him closely; however, Chuck agrees to continue paying for everything, so it looks like Elizabeth and Andrei are still going ahead with the wedding for the time being.

READ NEXT: Elizabeth & Andrei Update on 90 Day Fiancé: Are They Still Together Today?