Kalani kicked Asuelu out of the house during the Season 5 finale of 90 Day Fiancé: Happily Ever After after the Samoan native put their family at risk during a global pandemic. According to Kalani, Asuelu refused to follow social distancing protocol and continued to meet with friends while the COVID-19 virus swept through Utah, which didn’t sit well with his wife. When Asuelu continued to lie about going out, Kalani bought him a one-way ticket to go stay with his mother and told the cameras she had no idea when (or if) he was coming home.

The episode ended on a cliffhanger, with Asuelu boarding a plane out of Utah. During a self-shot confessional, Asuelu expressed how much he missed his wife and kids and worried how they would fare without their dad. He also said Kalani refused to answer his video calls, so their future and the fate of their marriage appeared rocky and uncertain in the end.

So what’s going on with the reality stars today? Are Kalani and Asuelu still together, or did Kalani really leave Asuelu for good? The 90 Day couple did almost nothing but argue all season long, and despite their attempt at marriage counseling, it looks like quarantine added more strain to their already tense relationship. So are they still married today? Here’s what we know:

During the Season 5 finale of Happily Ever After, Kalani confessed that she kicked Asuelu out of the house after he refused to comply with social distancing guidelines and repeatedly exposed their children to the coronavirus. She claimed Asuelu lied about where he was going, and after she put a tracker on his phone and found out he was meeting with friends to play volleyball, she reached her breaking point.

“So, me and Asuelu have been quarantined, and we’ve been fighting a lot lately,” Kalani said during a self-recorded confessional. “It’s almost like he’s trying to purposefully expose himself to get coronavirus. He keeps going out with his friends and then he’ll lie about where he is, and I’m done with it. I need to protect my kids, I can’t keep letting him do whatever the hell he wants, and I’m not going to keep letting him back into the house with the babies.”

She continued, “We were already having a bunch of problems before quarantine, and I just feel like that made everything a whole lot worse. So we got into a big fight last night and I told him that I think it would be best if he would just go to his moms. I booked a one way ticket for him … I don’t know when he’s coming back because this is not working. It’s not working anymore.”

The reality couple had a rocky road to their “happily ever after” this season, and although they started attending couples’ therapy, Kalani and Asuelu just couldn’t seem to find common ground in their marriage. From issues with Asuelu’s priorities, work ethic, attitude and financial stability, to ongoing (and occasionally, violent) confrontations with his family, Kalani was questioning her future with Asuelu all season long.

Kalani began seriously considering divorce before she and Asuelu reached out to a marriage counselor, and just as things were starting to look up for the reality couple, the COVID pandemic spread through Utah. According to Kalani, the virus reignited a plethora of former marital problems and sparked new issues between the two, leaving the fate of their future uncertain.

Although The Finale Hinted Toward a Split, The Reality Stars Appear to Still Be Together Today 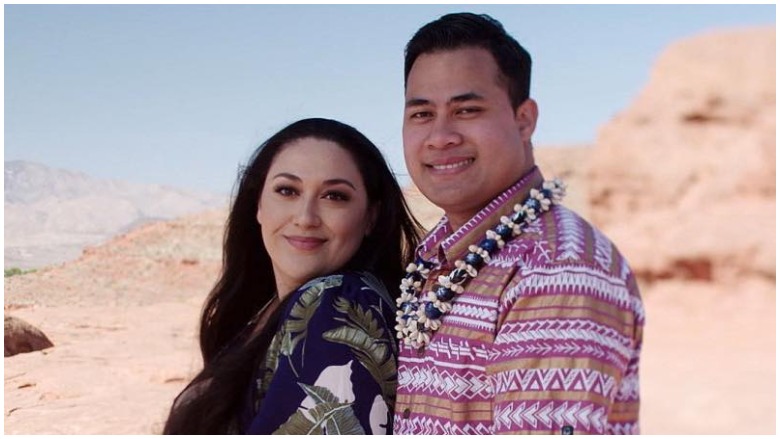 The Season 5 finale was edited to look Kalani and Asuelu were on the verge of a split, but we have reason to believe the reality stars are still together today and raising their two sons in Utah. Although they’ve remained relatively quiet on social media this season (aside from the occasional update or photo of their kids), it’s not uncommon for reality stars to refrain from posting much, especially if they have a rocky relationship on the show.

However, the reality stars have dropped a few hints over the last few weeks that they are still together. According to Reality TV World, Asuelu called Kalani his “wife” when telling fans how to book a Cameo video in late August, and both stars post photos of their family adventures on their respective Instagram pages, so it looks like they found a way to work through their marital issues in the end.

Fans will likely get an update on their relationship during the upcoming “Couples Tell All” special, which airs next Sunday, September 27 at 8 p.m. ET. Stay tuned to see how it all unfolds! 90 Day Fiancé: Happily Ever After airs Sunday nights at 8 p.m. ET on TLC. You can find updates on the Season 5 cast, weekly spoilers, and more 90 Day Fiancé coverage here.

READ NEXT: Kalani & Asuelu Net Worth & Income on 90 Day Fiancé