Fernanda Flores and Robby Fakhouri were hot and heavy on this season of “90 Day: The Single Life” and it wasn’t too hard to see why. The couple were filmed in an intense make-out session this season and their chemistry was palpable.

“There’s no doubt that there’s chemistry between us,” Fakhouri said during an episode of the show. “Despite her fear and her concern with the way that we have been communicating with one another, that’s just something that her and I have to work on together.”

Unfortunately, their flame didn’t burn long and Flores eventually ended things with Fakhouri after deciding to relocate from Chicago to Miami.

“How things are with COVID in Chicago now that winter is coming, I don’t know,” Flores told Fakhouri when he asked what her plans were. “I’ve been actually thinking I need a change,” she continues. “So I’m moving to Miami just to, you know, explore other opportunities. I’m leaving this weekend.”

The announcement did seem kind of sudden as Flores had just gotten on Fakhouri’s case about his lack of communication and attention.

“Okay, Fernanda, I mean, come on,” Fakhouri said. “I want you to know that was a bomb that you just dropped so nonchalantly, like you were passing bread. And I don’t know what that means for us in the future, but I also know that I care about you.”

During her confessional Flores was a bit more direct about how she was feeling about Fakhouri.

“After everything I’ve been through, I feel like Chicago is just too close to my past and my ex Jonathan and all that stuff,” she said. “I just want to leave it behind. My agent told me that there’s going to be opportunities for me in Miami and since I’m not as interested anymore in Robby, I don’t have a reason to stay here.”

Fernanda Flores Already Has a New Boyfriend, Noel Mikaelian Who is a Professional Boxer

Flores didn’t waste any time finding a new beau and has been public with professional boxer, Noel Mikaelian, since March 2021.

“We met at [the] 5th Street Gym in Miami Beach,” Flores told In Touch in March. “I started training boxing there and one day, in the middle of my training, this tall handsome guy walks in and starts eating pizza in front of my hungry tired face LOL. We exchanged very strong looks [then] the rest [is] history.”

Flores says they bonded when her grandmother died and he supported her in her grief.

“I love many things about him, [his] determination and discipline are things that I find very attractive,” Flores said. “He is very passionate about fitness and his professional career, he’s ambitious and hard-working, he motivates me to improve. He’s very caring and loving, even he doesn’t like to admit it and always wants to come across as this serious rude guy [laughs]. He’s super funny, he enjoys making me laugh! He’s very humble and [enjoys] the little things in life.” 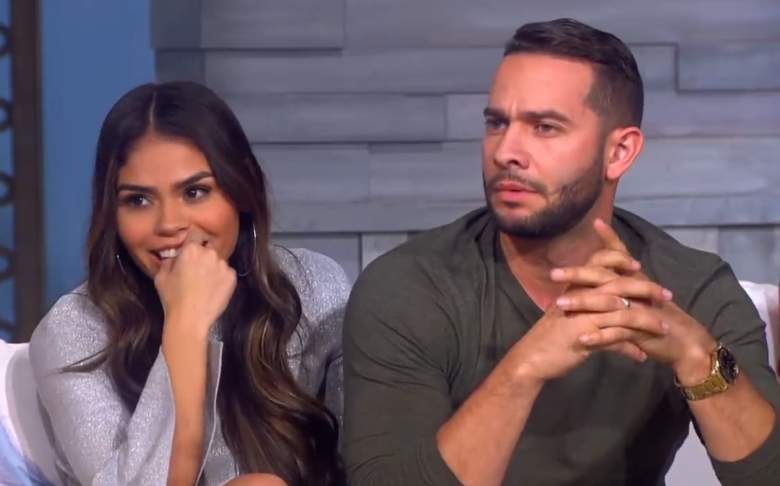 Before Flores and Fakhouri were an item, Flores was married to fellow 90DF star, Jonathan Rivera. Their marriage has ended and both parties have moved on and now Rivera is expecting a child with his fiancé, Janelle Miller.

Rivera shared the news via Facebook in late March saying, “We’ve been keeping a little secret … We will be welcoming our first child, our son, in August! We love him so much already, we couldn’t be more excited.”

The next season of “90 Days: The Single Life” premieres on Discovery+ on Friday, Nov. 12.

Loading more stories
wpDiscuz
0
0
Would love your thoughts, please comment.x
()
x
| Reply
Fernanda Flores and Robby Fakhouri were hot and heavy on this season of "90 Day: The Single Life" and it wasn't too hard to see why. But are they still together today?