Tania Maduro and Syngin Colchester got married on “90 Day Fiancé” and now Maduro is giving fans an update on her relationship status.

Fans have been speculating about where Maduro and Colchester were in their marriage after many seasons of troubling behavior. The pair famously feuded on- and off-screen and now Maduro has set all the rumors to rest.

After four years, they are no longer together.

The announcement came ahead of the reveal of the new season of “90 Day: The Single Life.”

“Some rumors are true,” Maduro wrote on Instagram on Monday, October 4. “Single Life. New season was announced and yes I am single, [Syngin Colchester] is single – we’re all single!! Now don’t go all at once to his DMs ladies or he’ll never be able to sort them all out.”

The split isn’t exactly shocking — even Maduro herself admitted to making mistakes in their relationship.

“At the beginning of our relationship, I did a lot of things I would have never done,” Maduro said on an episode of “Happily Ever After?” that aired in 2020, according to Us Weekly. “And now I’m asking him, like, to settle down. I think he wants to but part of him feels like he’s losing his freedom. I’m like, ‘I don’t want you to feel like you’re losing your freedom being committed or in a relationship with me.’”

Just last month, in September 2021, Colchester teased his return to television in a since-deleted comment, Us Weekly reported, prompting fans to wonder if the pair had split.

In April, Colchester posted a photo on Instagram of him and Maduro with what fans thought might have been a separation announcement.

“Thanks for everything Tania Maduro,” he wrote. “Especially for that smile I have on my face. It has been one wild ride hahahah..but that’s the way i like it.. Good times…bad times and all the tv times lol. But everything in life happens for a reason..so hold on tight and enjoy the ride and love the people around you.. But learn from everything and you will grow and learn a lot about life.. Much love.”

Maduro gushed about Colchester on September 28, sharing a series of photos from his birthday celebrations over the years and a lengthy caption.

“Love you,” she wrote with a kissing emoji.

Will Maduro & Colchester Appear on ’90 Day: The Single Life’ After Split? 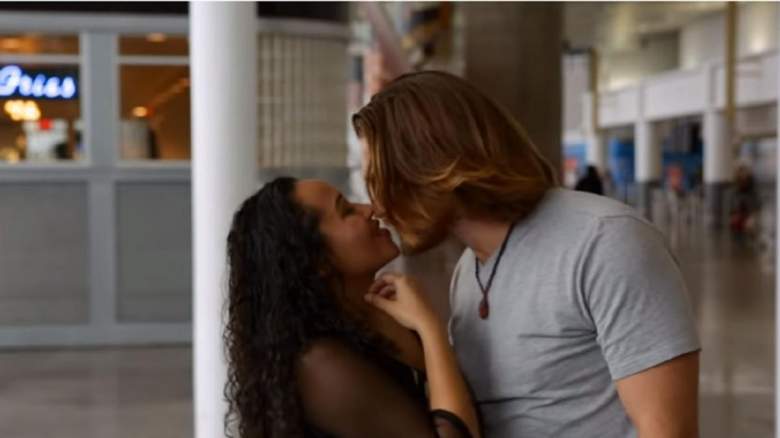 Maduro’s announcement coincided with the announcement of season 2 of “90 Day: The Single Life,” prompting speculation she and/or Colchester might appear on the next season.

And there’s some good and some bad news, depending on which team you are on. According to Us Weekly, Colchester was one of three cast members announced for season 2, along with Stephanie Matto and Debbie Johnson. There’s no news on Maduro appearing on the show, at least not as one of the featured cast members.

Season 2 of “90 Day: The Single Life” premieres on Discovery+ on Friday, November 12.