One insider is speaking out about A-Rod and Jennifer Lopez’s split, saying the baseball player’s ex-wife, Cynthia Scurtis, “wasn’t the biggest fan” of Lopez, according to Us Weekly.

The source told Us Weekly, “Now that J. Lo’s out of the picture, [Cynthia] is spending more time with the kids and Alex altogether.”

The source added that while Rodriguez “doesn’t need support to get him through a breakup,” he’s “more so hanging with Cynthia because she and [her husband] Angel [Nicolas] keep his company and are part of his inner circle that he trusts.” 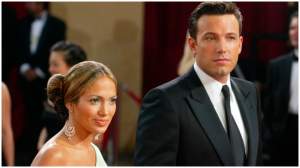 Over the past few weeks, Jennifer Lopez and Ben Affleck’s rekindled relationship has made headlines on countless occasions.

Most recently, Affleck spent time with Lopez’s mother, Guadalupe Rodríguez, with whom he was close when the couple dated in the early 2000s, E! News reported.

In mid-June, a source told Us Weekly, “In the past, Jennifer’s mom and Ben were very close. Guadalupe loved Ben. She was sad when they couldn’t work things out years ago. She is thrilled that they are back together now.”

The source added, “Jennifer is very close with her mom. It’s very important to her that the person she is with, gets along with her mom. Jennifer loves that Ben and Guadalupe hung out in Las Vegas. They both love gambling and had fun together at the Wynn hotel.”

According to Insider, Lopez and Affleck met in 2001 on the set of the movie “Gigli.” Lopez subsequently separated from her husband at the time, Cris Judd.

In the summer of 2002, she and Affleck made their relationship official and in November, Affleck starred in her music video for “Jenny From the Block.” 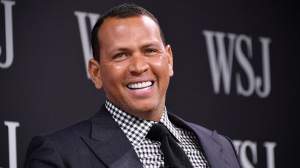 While Lopez is spending more and more time with her ex, Ben Affleck, Rodriguez is doing the same with his ex-wife.

On June 13, People reported that Rodriguez posted an Instagram story of Scurtis, writing, “Cynthia is a world-class mommy to our girls … Wrapping ice though?!?!?! LOL.”

Together, Scurtis and Rodriguez are parents to 16-year-old Natasha and 13-year-old Ella. With her current husband, Angel Nicolas, Scurtis has a daughter, according to Us Weekly.

This isn’t the first time Rodriguez has opened up about his positive co-parenting experience with his ex-wife. Speaking on the Raising the Bar podcast, per People, the retired baseball player shared, “It’s been a really, really nice experience for us. I’m very friendly with Angel. He’s wonderful with my girls. I think having four good people at the table, well, three good people and me.”

Things were not always amicable between Scurtis and Rodriguez.

According to Vanity Fair, Scurtis’ divorce filings cited “extramarital affairs and other marital misconduct” as the reason for their divorce, along with “emotionally [abandoning]” his wife and children.

Since then, however, the pair seems to have “worked out their issues and are now closer than ever,” in the words of Vanity Fair.

On June 23, a source told Us Weekly, “Alex and his ex are just good friends and work well at coparenting. … He has a lot of respect for her husband and they’ve gotten closer as friends. Cynthia and Alex’s relationship started off very messy, but they’ve certainly got closer in the past year or so.”