Anjulie Persaud, known professionally by only her first name, is a Canadian musician who has been linked romantically with comedian Bill Maher for nearly a decade. The couple started dating in 2014 and were still together as of 2021, The Sun reports. Maher is about 27 years older than Anjulie.

They have always kept details about their relationship under wraps and neither of them posts about their dating life on social media. According to Distractify, Maher’s relationship with Anjulie is one of the longest in his life.

1. Anjulie Is of Indian & Guyanese Descent & Grew Up in a Toronto Suburb 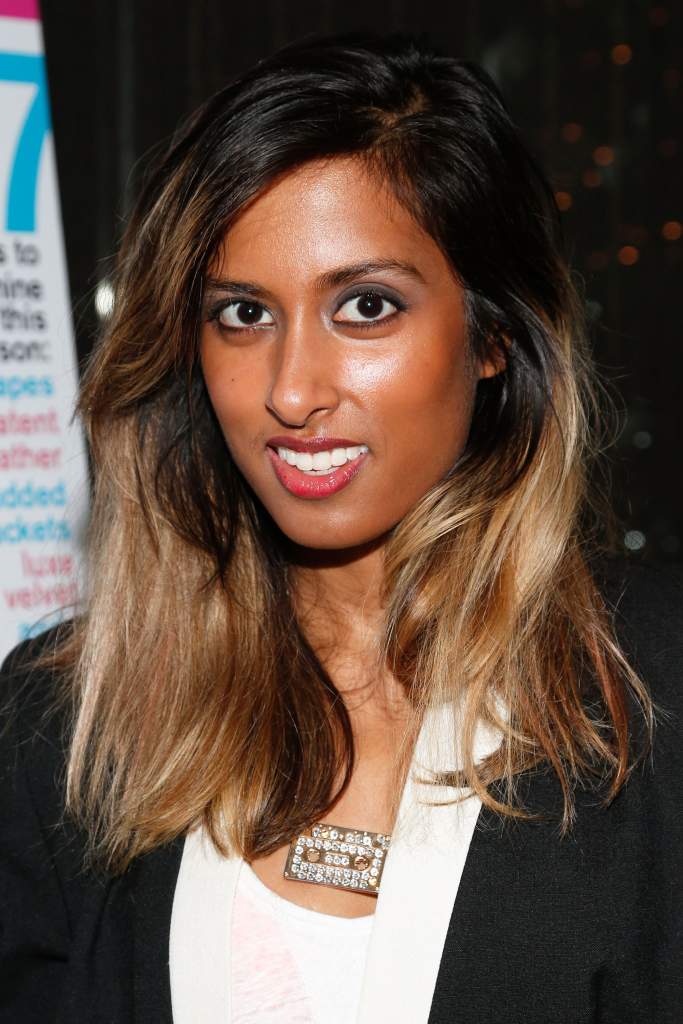 Anjulie grew up in Oakville, a middle-class suburb of Toronto, Canada. She described herself as “Canadian/Guyanese/Indian” on her LinkedIn account.

In an editorial for the Canadian Women’s Foundation, Anjulie recalled warm memories from her childhood:

As far as childhoods go, I had an incredible one. Just being a girl born in North America is a winning lotto ticket many would like to have. On top of that I had incredible parents, a brother and sisters I adore and admire, a place to live that was safe and secure and plenty of amazing Guyanese home cooking.

However, Anjulie also recalled that she and her siblings stood out in the “all-white” community. She wrote that classmates thought she “dressed weird” and that “nobody had ever wanted to sit beside” her in class. She recounted the story of a new classmate who initially invited her over, only to cancel because the girl’s mother thought “brown people are dirty.”

But Anjulie said she overcame situations like that and ultimately became a more confident person because of reassuring lessons from her mother:

My mother, who speaks English perfectly, will unleash her Guyanese accent when giving a piece of epic advice… Affectionately known as Mabear, my mom, a President’s Gold Award-winning real estate agent, an A-level squash player, a beautiful badass cross between Bianca Jagger and Claire Huxtable, and an expert in all worldly things from how to crack a coconut to Canadian hockey trivia to how to bake a perfect English apple crisp, had just taught me my first lesson in self-esteem. Dey ain’t no betta than you.

2. Anjulie Is a Successful Singer & Songwriter Who Has Worked With Big Stars Like Nicki Minaj & Lady Gaga

Anjulie began her music career in New York City. As she explained in the Canadian Women’s Foundation article, she used to play the guitar “in the subways and lobbies of record companies until somebody listened.” She recounted a moment in which she walked up to iconic music producer Dr. Dre, “put my headphones on him and force him to listen to my demo.” Anjulie also recalled being signed by a label that “had just signed Paul McCartney.”

Anjulie’s success has grown exponentially since those early years. She has written and produced music for some of the most well-known stars in the industry including Nicki Minaj, Lady Gaga, Zedd, Lea Michele, Kelly Clarkson, Angel Haze and Boombox Cartel, as noted on her LinkedIn account.

She also performs her own music. She released a self-titled album in 2009. Anjulie continued to release singles in the years after that, which she promoted on her YouTube channel. She came out with a second album in March 2022 called “Loveless Metropolis,” which is available on Spotify and Apple Music.

3. Anjulie Sang That She Would Never Be a ‘Wifey’ 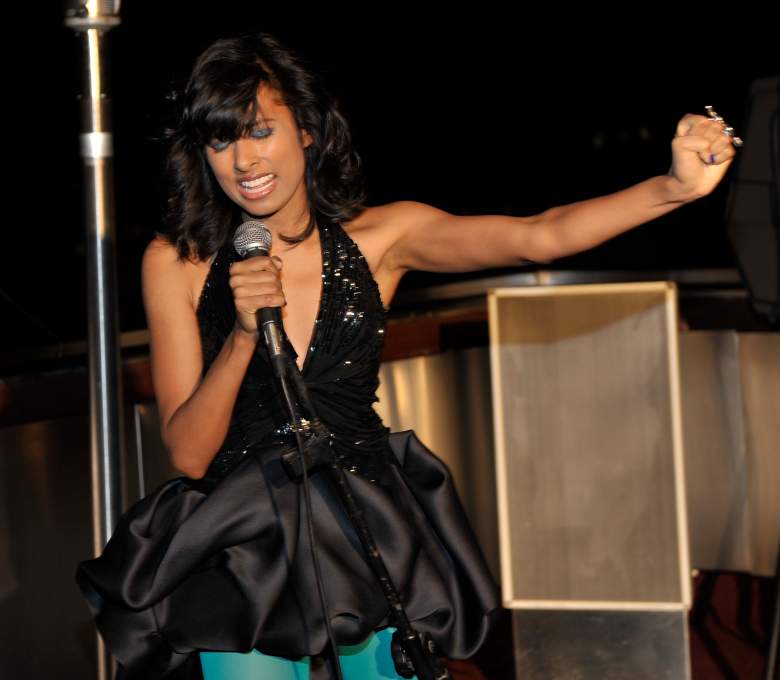 GettySinger Anjulie performs at Fashion Group International of Los Angeles’ “Meet The Designers” at the Standard Hotel on October 12, 2009 in Los Angeles, California.

Comedian Bill Maher has proclaimed many times over the years that he has never had any desire to get married. In an interview with Howard Stern in June 2019, Maher commented on marriage:”I’ve been in love. I’ve known some amazing women… But I never understood how you can be with the same person, just day after day, week after week, month after month, year after year. I just don’t get that.”

Based on a song Anjulie released in 2021, she is in no rush to tie the knot, either. She co-wrote and produced the song “No Wifey.” The lyrics express confusion about why a partner, who claims he does not want to get married, nevertheless treats her like a wife:

4. She Produced the Theme Song for ‘Real Time With Bill Maher’

According to her LinkedIn account, Anjulie became a “music supervisor” at HBO in 2017. She produced the theme song for “Real Time with Bill Maher.”

The song debuted in March 2017 and as of this writing, the show has continued to use that song ever since. Anjulie promoted the song on Facebook the day it premiered and notes that it was produced by her company, Anjulie Music Productions.

She launched her company in 2016, according to LinkedIn, but it’s unclear where it is registered. A search of businesses in California, New York, and Canada do not yield any results.

5. She Uses Her Platform to Support Women’s Rights & Other Causes 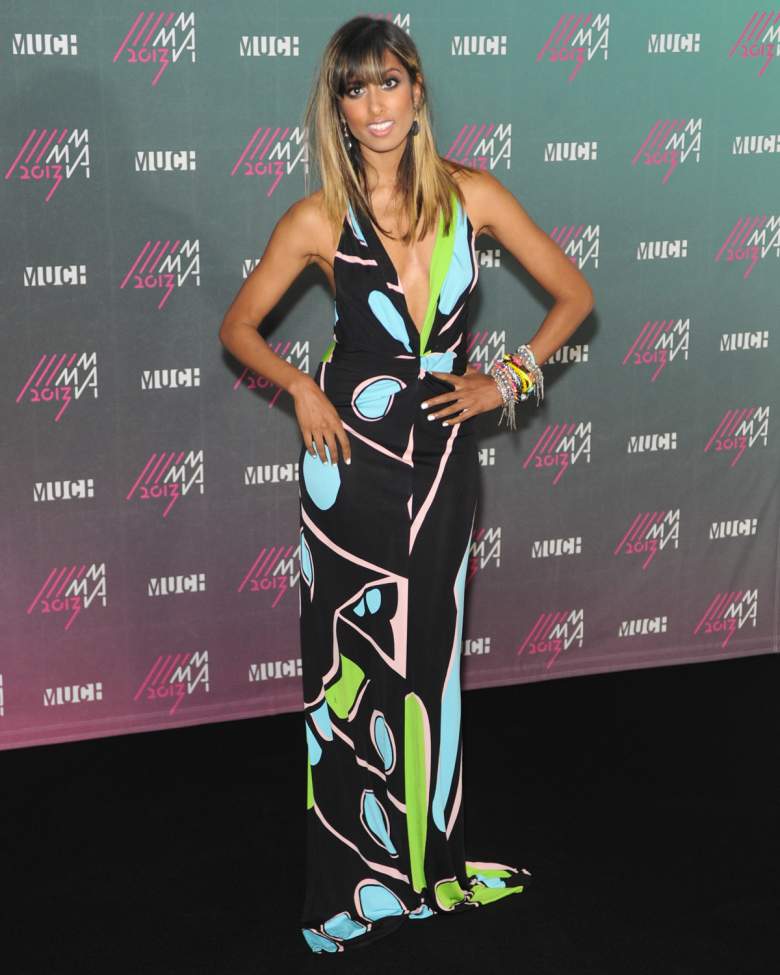 GettyAnjulie poses in the press room at the 2013 MuchMusic Video Awards at Bell Media Headquarters on June 16, 2013 in Toronto, Canada.

Anjulie has used her platform and her musical talent to support causes that are important to her. She explained on LinkedIn that her “songs, writing and work reflect her passion for women’s rights and are often based around themes of empowerment, self-actualization and courage.”

She noted on her profile that she wrote the theme song for the Canadian Women’s Foundation to End Violence Against Women campaign, for example. The song was titled “Dragonflies.” Anjulie explained to VICE in 2016 that she agreed to collaborate with the foundation because the theme “was something I felt really connected to. Normally I write songs about unhealthy relationships so this was a change.”

Anjulie has also participated in marches. She posted a photo on Instagram in 2016 alongside actress Jane Fonda and wrote, “Protesting w the boss #Janefonda on her birthday rally #NODAPL #bankexit #defunddapl Let’s. Do. This.” They were protesting against the Dakota Access Pipeline.