Betty White, the beloved television star, acting and producing pioneer, and comedic actress, is dead at the age of 99.

According to TMZ, White died at her home on Friday morning, December 31, 2021. Law enforcement sources confirmed White’s death to the entertainment news site. Betty White’s cause of death was not released.

“Law enforcement sources tell TMZ … Betty passed away at her home Friday morning,” TMZ reported. Fans were heartbroken to learn the news that White had died. “I realize how dramatic this sounds but I literally don’t wanna go into a year without Betty White in it,” wrote one woman on Twitter, echoing the feelings of others.

1. White Had the ‘Longest Running Career for Any Woman’ on Television

White was beloved for many roles on television, and, according to TMZ, she had the “the longest running career for any woman in TV prior to her death.” Many people remember her character Rose in “The Golden Girls” television series but that was far from her only accomplishment.

She was also known for her roles on shows like “The Mary Tyler Moore Show” and “Hot in Cleveland.”

White played Sue Ann Niven on “The Mary Tyler Moore Show,” and it was this character that gave her a big break, according to Biography.com. Her career continued in full force until her death, when she became a beloved figure who was introduced to new audiences in a Super Bowl commercial and on Saturday Night Live.

2. White Was Born in Illinois But Moved to California as a Toddler 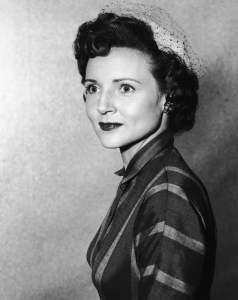 Betty White was born on January 17, 1922, in Oak Park, Illinois, according to Biography.com.

She was the only child of an electrical engineer named Horace White and his homemaker wife, Tess. The family moved to Los Angeles when she was only 2-years-old, Biography.com reported.

Her first television job was working as an assistant and, by the 1950s, she produced a television show called “Life With Elizabeth,” the site reported, adding that she was one of the first female producers in television history.

3. White Was Married Three Times But Didn’t Have Biological Kids 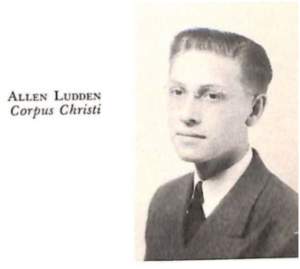 Ludden died of stomach cancer. “I miss having someone to hold,” White told Closer Weekly after his death. “[But] if you’ve had the best, who needs the rest?”

About recovering from a spouse’s death, she told the site: “There’s no formula. Keep busy with your work and your life. You can’t become a professional mourner. It doesn’t help you or others. Keep the person in your heart all the time. Replay the good times. Be grateful for the years you had.”

4. White Recently Wrote That She Was Looking Forward to Her 100th Birthday

My 100th birthday… I cannot believe it is coming up, and People Magazine is celebrating with me! The new issue of @people is available on newsstands nationwide tomorrow. https://t.co/kTQnsbMDGK

Betty White died just a couple of weeks short of her 100th birthday, which she was looking forward to. “My 100th birthday… I cannot believe it is coming up, and People Magazine is celebrating with me! The new issue of @people is available on newsstands nationwide tomorrow,” she wrote on Twitter on December 28, 2021.

Happy National Pet Day to all my friends out there, both two legged and four legged! I have been a pet lover all my life. #nationalpetday pic.twitter.com/wLpszTNgK4

It was her final tweet. She also tweeted recently about a 100th birthday celebration event.

Would you believe it?! It's my 99th birthday which means I can stay up as late as I want without asking. I am also very pleased to let you know about the re-release of my long-lost series after fifty years! I am just so proud of the “Pet Set”. I hope everyone is safe and well. pic.twitter.com/uyn1IEXUqb

In January 2021, she wrote, “Would you believe it?! It’s my 99th birthday which means I can stay up as late as I want without asking. I am also very pleased to let you know about the re-release of my long-lost series after fifty years! I am just so proud of the ‘Pet Set.’ I hope everyone is safe and well.”

Rest in peace Betty White. You were one of a kind.

When I was little I'd watch Golden Girls with my grandma and I'll always cherish those memories. pic.twitter.com/9STfhlwIiY

Betty White was one of Hollywood’s most beloved actresses. As such, tributes flooded social media in her memory. “#RIP Betty White. The world will miss you,” wrote one fan.

“Noooo. So close to her 100th birthday. What a trail blazer she was. What a force. Thank you for all the memories Betty White. You were incredible,” wrote another.

“I hear that@Betty white has passed away…miss her already,” lamented another fan on Twitter.

This post is being updated as more information is learned about Betty White’s death, including her cause of death.

Betty White was my IDOL & I am so torn up right now. This is heartbreaking! I knew she was going to RIP some day but it is still shocking. I loved everything about her! This is sooo sad!