Big Brother could have another racism problem—but this season fans are pointing at producers.

Fans claimed that on the CBS live feeds, Head of Household Brandon “Frenchie” French was seen making a promise that no woman or person of color would be nominated during his reign. But what happened instead? Frenchie nominated a woman, Alyssa Lopez, and a man of color, Kyland Young, to be on the chopping block on Week 1.

While Frenchie will have to live with his nominations after breaking his word, fans of the show are livid at CBS for only showing part of his promise on air. 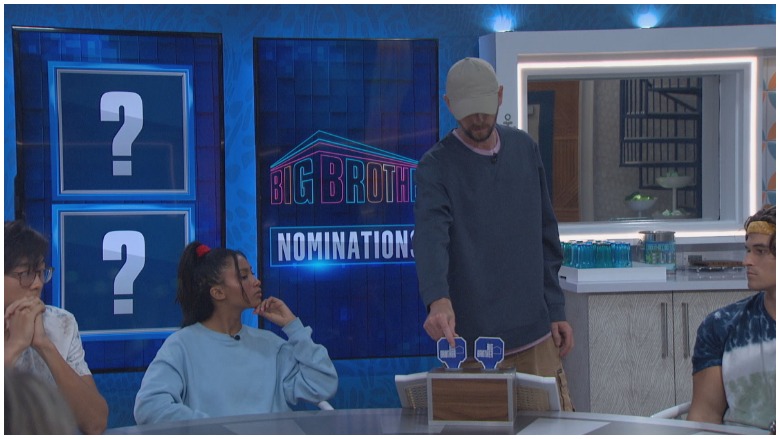 According to TV Insider, on the live feeds, Frenchie stated wouldn’t nominate a woman or person of color for eviction while he was Head of Household. On Twitter, one live feed viewer wrote, “Frenchie is telling Tiffany that BB21 ‘broke his heart’ how the POC were targeted. He said it isn’t happening this season.”

But when the show aired on Sunday, viewers only saw Frenchie promising that he would not put up a woman for eviction. There was no mention of him protecting the people of color in the house.

On Twitter, one viewer called out CBS for the edit job, writing, “Why are race issues treated as censorable? Show the truth CBS. Frenchie promised to keep women AND POC safe.”

“Frenchie goes around acting like cares and wants to save the poc and women of the house and yet put BOTH a minority and a woman up on the block,” another added.

It is unclear how this will play out, as Frenchie’s nominations could have changed following the Power of Veto competition and ceremony, but either way, it’s not a good look for his first week of HOH.

Update: In a later interview with Heavy, Frenchie clarified that he said no woman or person of color would go home during his HOH reign, and he did stay true to that.

CBS Announced a Diversity Pledge For Its Reality Shows 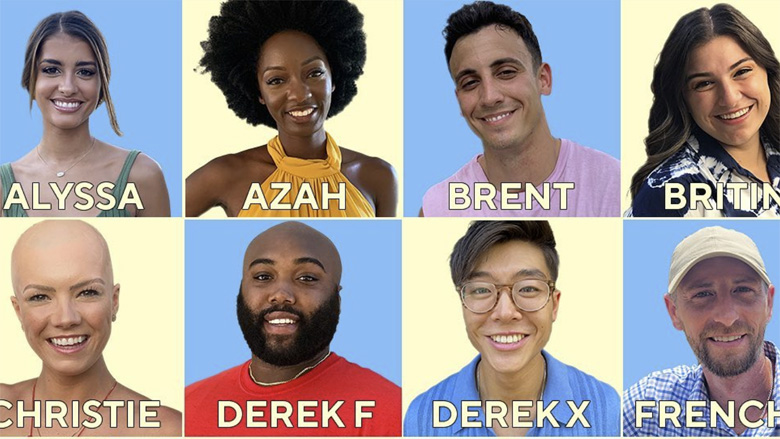 In its first 22 seasons, “Big Brother” has yet to have a person of color as its grand prize winner. But several Black houseguests have used the “Big Brother” forum to announce that they aspired to be the first person of color to win the CBS summertime competition, including Season 21’s David Alexander and Season 22’s all-star player, Da’Vonne Rogers.

“I have a desire to join that list of women and be the first African-American to ever win this game,” Rogers said last summer, per Newsweek. “Twenty-one seasons of winners and not one of those faces look like mine… Not seeing a face that looks like mine is very discouraging, it’s hurtful and it does make me feel like maybe it’s impossible.”

In many seasons of “Big Brother,” women and people of color have been targeted early in the game. And In 2013, “Big Brother” Season 15 made headlines for its racist cast, so much so that host Julie Chen told The Hollywood Reporter that it was difficult for her to host due to the “overt racism in the house.”

Ahead of  Season 23, CBS announced a diversity pledge for all of its reality shows, according to Entertainment Weekly. The network announced that all future casts of shows such as “Big Brother,” “Love Island” and “The Amazing Race” would include “at least 50 percent Black, indigenous and people of color.”

But the casting directors can’t control who the houseguest nominate, so no matter how diverse the cast is, the ending could be the same as it always is.

READ NEXT: ’Big Brother 23’ Cast Member Has a Famous Dad

i do not thinl that was right to do that i am very disappointed about all the time spent on the cookout .this season was not fun to watch we love your show only watched to the end to see who won! i believe all lives matter just didnt like all the attention given to this cookout. not sure we will watch again.

why did you think using your platform for blm