Julie Chen Moonves is speaking out about the Cookout alliance that is currently dominating the gameplay in the “Big Brother” house.

In a new interview, the longtime host of the CBS reality competition explained why she thinks the group has managed to pick off all of the white men in the house ahead of the jury for the first time in the history of the show.

The Cookout consists of “BB23” players Azah Awasum, Derek Frazier, Tiffany Mitchell, Xavier Prather, and Kyland Young.  Hannah Chaddha was later added to the group. The all-Black alliance was formed during the first week of gameplay as the cast members vowed to protect one another with the goal of crowning the show’s first-ever Black winner for the $750,000 grand prize. 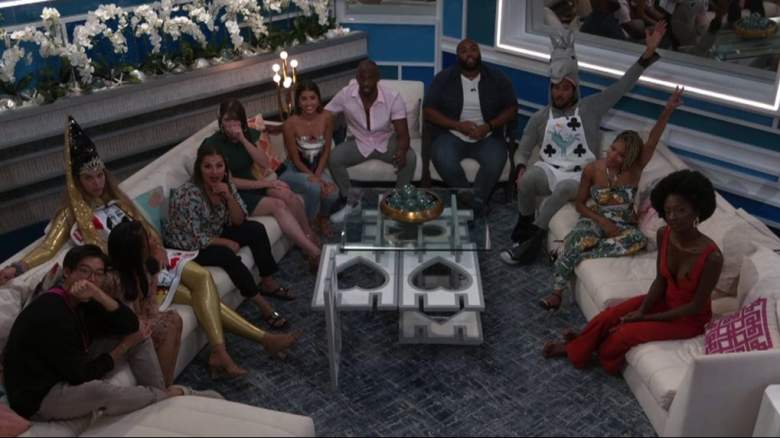 CBSTonight on “Big Brother”, which houseguests earned the most votes from the viewers at home?

Ahead of Season 23, CBS announced a diversity pledge for all of its reality shows to include “at least 50 percent Black, indigenous and people of color,” according to TMZ. That made for the most diverse cast in “Big Brother” history.

When it comes to the Cookout, Chen Moonves said the domination does not surprise her in the least due to how each member of the group has played together – and separately — thus far.

“It doesn’t surprise me at all! Watch how each member of the Cookout has played,” Chen Moonves host told Entertainment Weekly.

The longtime “Big Brother” host noted that Cookout alliance member Tiffany is “wise and mature” and “watches people and how they behave.”

“She has figured out the numbers and how each Cookout member has/had a loyal plus one outside of their six to get them this far,”  Chen Moonves said.

Chen Moonves credited Derek F’s “incredible social game” for getting him this far, and she named Hannah as “one of the highest IQs we’ve ever had in the house” who knows that “loose lips sink ships.”

She also described Xavier as “smart” for keeping his true occupation as an attorney a secret. “He’s also wisely avoided getting too much power in the house by throwing competitions,” the “Big Brother” host added.

Chen Moonves described Azah as “a woman with integrity, a conscience, and a pure heart,” and when speaking about Kyland, she said, “He’s clearly good at competitions” and “he also has friends in the house.”

The Cookout Alliance Has Sparked Accusations of ‘Reverse Racism’ 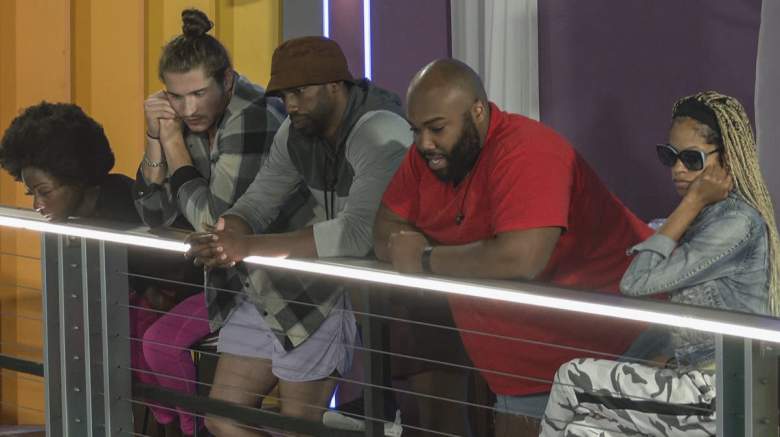 While the Cookout members will at least make it to the “Big Brother” jury, the all-Black alliance has been called “racist” by some viewers. “Big Brother” season 19  alum Cody Nickson defended the alliance by noting that people tend to team up “based on trust, not hate.”  The military veteran added that if he found himself in a large group of people and saw “a bunch of Marine Corps Infantrymen” together, he would gravitate to them.

Chen Moonves said something similar in a previous EW interview.

“You naturally bond with someone that you think has the same background as you or something in common,” she said. “Even if it’s like, ‘Hey, your name is Julie too?’ You know? Something as silly as that. You might have nothing in common other than that name. But yeah, it will be interesting to see how that plays out [this season]. I’m excited about it.”

But according to the Los Angeles Times, some longtime fans have accused the Cookout alliance members of “embracing reverse racism” by “targeting of white houseguests.” Other fans have pointed out that there have been many all-white “Big Brother” alliances over the years.

Chen Moonves has yet to mention the Cookout during exit interviews with the evicted season 23 houseguests. A “Big Brother” spokesperson told the Times that the CBS host has not revealed the Cookout to the early evictees because “the reveal of the alliance did not play an important part of the evicted Houseguest’s story.” She will also not be bringing up the Cookout to the jury members.

But players who are now out of the game and back home have found out about the secret alliance. Evicted houseguest Christian Birkenberger told Entertainment Weekly he was blown away when he was found about the Cookout after he left the house.

“Apparently, there’s this thing called a Cookout or something like that?” he told the outlet. “And I have never seen in my life that group of people in one room ever, ever, ever, ever. And that’s what blows my mind because they are doing a fantastic job. And I believe they had a part in influencing every single decision that’s being made in this house, including mine. And in hindsight, they probably were behind every single decision. So they’re doing a great job.”

Isn’t an all black alliance racist?

Loading more stories
wpDiscuz
1
0
Would love your thoughts, please comment.x
()
x
| Reply
The 'Big Brother' host said she's not 'at all' surprised by the alliance's swift domination of the game.