Billy Crystal’s career has spanned more than five decades. In the 1970s, the actor and comedian rose to fame as Jodie Dallas, one of the first gay characters on television in the ABC late-night comedy “Soap.” His first film role came during his “Soap” stardom in the 1978 Joan Rivers’ film “Rabbit Test.”

Even though he was already an established TV and movie actor, Crystal joined the cast of “Saturday Night Live” in 1984, just in time for the NBC sketch comedy’s 10th season, per Ultimate Classic Rock.  He only stayed on the show for one season, but the comic made his mark on the late-night show’s audience.

Crystal went on to star in the 1980s big-screen flicks such as “The Princess Bride,” “When Harry Met Sally” and 1991’s “City Slickers.” He also landed a high-profile gig as the host of the Academy Awards nine times between 1990 and 2012, scoring multiple Emmys for his work as host of the prestigious movie awards show, per IMDB.  Crystal also won a Tony Award for his successful Broadway run in “700 Sundays,” a one-man show about his life growing up on Long Island with his father.

It’s no surprise that with such a prolific career under his belt, Crystal has amassed a fortune.

Billy Crystal’s Net Worth is $60 Million 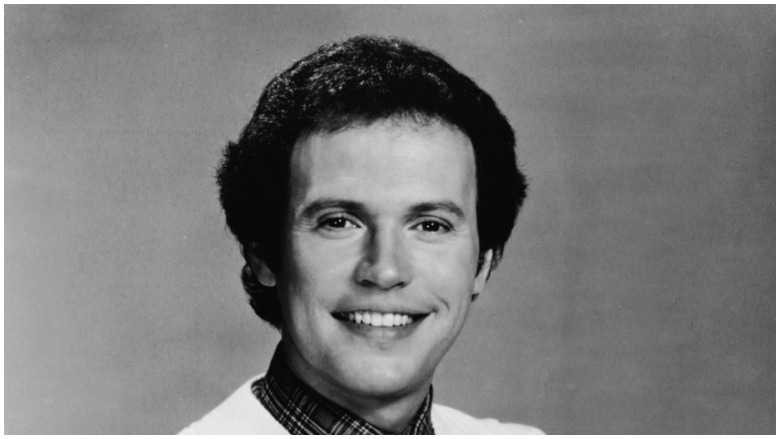 When he first set out to make it in show business after graduating from NYU, Crystal earned just $2,000 and was forced to supplement his income by working as a substitute teacher,  he once told Paris Voice. But over his 50-year career, Crystal, now 73, has earned a fortune of $60 million, according to Celebrity Net Worth. Not only is he an actor and producer, he also scored multiple HBO stand-up specials, established himself as a voice actor in films such as “Monsters, Inc” and “Monsters University,” and penned five books, including his 2013 memoir, “Still Foolin’ ‘Em: Where I’ve Been, Where I’m Going, and Where the Hell Are My Keys?”

Crystal also dipped his toes into the recording industry. Not only has he hosted the Grammy Awards, but he released several chart-topping albums such as 1985’s “Mahvelous!,” which won the Grammy Award for Best Comedy Recording at the 1986 Grammy Awards ceremony, per Money Inc.

In 2004, the actor received a $10 million advance for his autobiographical Broadway show prior to its New York opening, and his show made more money per week on the Great White Way than any non-musical in history at the time, per The Chicago Tribune. 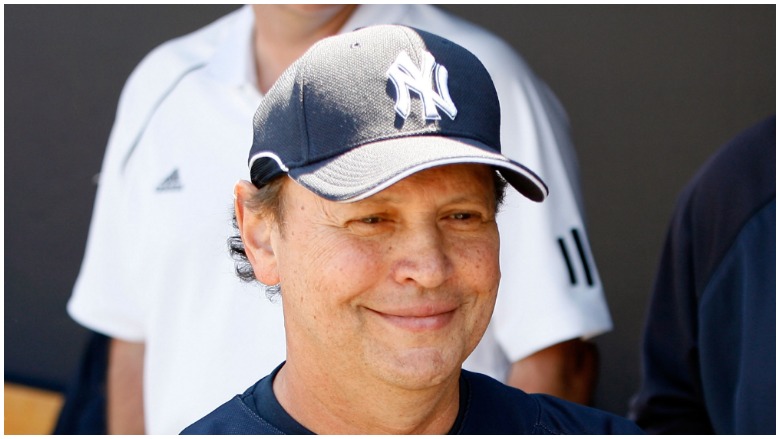 GettyBilly Crystal in the dugout prior to the Spring Training game against the Pittsburgh Pirates on March 13, 2008 at Legends Field in Tampa, Florida.

Crystal was a skilled baseball player and was accepted into Marshall University on a baseball scholarship, but it didn’t pan out. Once he hit it big in showbiz, he spent $239,000 on one of Mickey Mantle’s old baseball gloves at an auction.  And despite his lifelong fandom for the New York Yankees, Crystal later paid big bucks to become a part-owner of the Arizona Diamondbacks.

The actor later told Arizona Jewish Life that in 2001 he had a major conflict when his beloved Yankees were in the World Series,  and the  Diamondbacks won the first two games in Phoenix. He revealed that his wife, Janice, remarked “Honey, we’re beating us,” and when the Diamondbacks ultimately won the series it felt “awkward.”