Amelia Gray Hamlin’s 11-month relationship with Scott Disick is over.

The 20-year-old daughter of “Real Housewives of Beverly Hills” veteran Lisa Rinna posted a series of cryptic Instagram posts as rumors swirled about her romance with the 38-year-old dad of three, and a new report claims the two are now done for good.

In a post on her Instagram Stories, Hamlin shared a message that said, “Never settle for less. Not with your jobs, your friends, and especially not with your heart. Continue to seek what you are looking for and do not shrink yourself for the sake of other people. You deserve the best.”

The model also added the caption, “This is it.”

Hamlin’s Post Was Shared as Her Boyfriend’s DM About His Ex, Kourtney Kardashian, Was Leaked Online 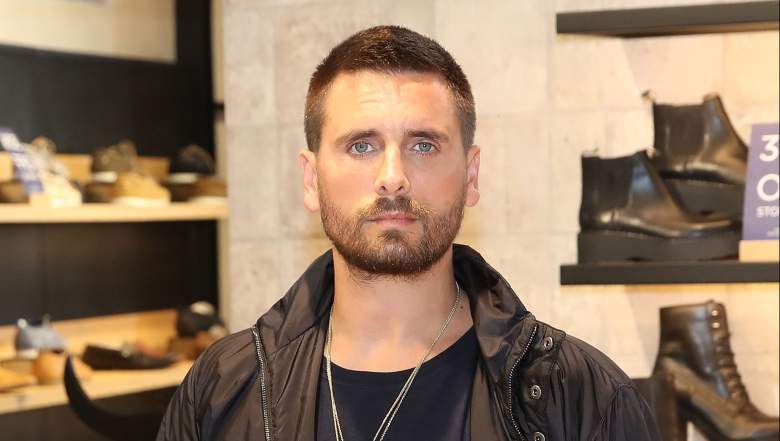 GettyScott Disick has been linked to Amelia Hamlin.

Hamlin’s latest post was shared a few days after her controversial boyfriend got caught posting about his ex, Kourtney Kardashian. The exes share children together, Mason, 11, Penelope, 9, and Reign, 6.  But that didn’t stop Disick from trying to vent about Kardashian with another one of her exes, Younes Bendjima.

Last week, Bendjima posted an apparent screenshot of a message Disick sent him about their mutual ex, according to E! News. The screenshot featured Kardashian’s PDA with her new beau Travis Barker, while they were vacationing in Italy.

“Yo is this chick ok!????” Disick reportedly wrote to Bendjima. “Broooo like what is this. In the middle of Italy.”

Bendjima fired back to say it didn’t matter as long Kardashian was happy, then dissed Disick with, “PS: I aint your bro.” He then shared the DMs on social media, much to Disick’s horror.

An insider told Us Weekly that Disick sent the message in “a heated moment” and regretted doing so. Another source told ET Online that Disick has been “salty” over his ex’s very public — and passionate — relationship with Barker.

But Disick’s girlfriend, Hamlin, became “annoyed” by his interest in Kardashian’s new relationship. She seemingly weighed in on the situation previously by posting a pic of a t-shirt that said, “Don’t you have girlfriend?”

“Amelia was definitely annoyed by Scott [allegedly] DMing Younes about Kourtney,” the insider told ET. “Scott is trying to move on from the whole situation, but is a little embarrassed that he reached out to Younes and that he posted their exchange.”

Hamlin Ended Her Relationship With Disick

An insider told E! News that Hamlin ended the relationship with Disick after posting her cryptic messages.

“Amelia broke up with Scott over the weekend,” a source told the outlet on Sept. 7. “Scott agreed that he feels he needs to be single right now. They had a lot of fun together but it was never going to be a long-term relationship.”

Another insider weighed in with more details about the breakup.

“Amelia’s done with Scott for now,” the source said. “She wants to be strong and to move on. She had had enough and it was time….Everyone knows she deserves better. She knows it too. They have been arguing a lot recently and Scott’s DMs to Younes really set Amelia over the edge. She was very embarrassed over that whole situation and Scott wasn’t very remorseful.”

The source added that ”it’s really hard to date Scott because he will never fully be over Kourtney.”

“It’s always a point of contention in every single one of his relationships,” the insider explained. “The split was a long time coming and many of their friends agree it’s for the best.”

Over the Labor Day weekend, Hamlin shared an Instagram photo as she headed out to a girls’ dinner in New York City sans Disick.

The 20-year-old’s famous mom has been vocal about her issues with the couple’s 18-year age gap. On a recent episode of “The REal Housewives of Beverly Hills,” Rinna even said of her daughter’s relationship. “Like, why can’t it be Harry Styles? Why the f*** is it Scott Disick?”

In a screenshot shared by Comments by Bravo, Rinna reacted to reports of her daughter’s split from Disick by posting a smiley face emoji.