When he’s not out at sea, “Below Deck” star Captain Lee Rosbach and his wife Mary Anne live in a $453,000 home in Fort Lauderdale, Florida, according to property records. The Bravo TV reality star moved into the house in 2017.

Rosbach gave Bravo a tour of the home in 2021, showing off the place he kicks up his feet when he’s not on a yacht. Captain Lee also often shares photos from his home on Instagram, including when he’s rocking shades on his poolside patio or relaxing on his motorcycle in the driveway.

On Memorial Day in May 2021, Rosbach proudly displayed an American flag outside of his Fort Lauderdale home, writing on Instagram, “Today I am grateful for this time to reflect. Reflect on the millions who have served us and our great country and paid the ultimate price so that we can be here today. Free to live with our families as we see fit, thanks to those who died to make it so. I hope everyone had a safe and grateful moment like this today as well. We owe them a debt that can never be repaid. Never forget.”

Rosbach and his wife are also often joined at their home by family, including their three sons and daughter and their grandchildren. Former “Below Deck” star Kate Chastain and her dog, Halo, stopped by Captain Lee’s home for a visit in May 2021, an Instagram post shows.

Here’s what you need to know about Captain Lee’s Florida home:

Captain Lee and his wife have lived in Florida for several years. Before moving into their current home, they previously lived in two other houses in Fort Lauderdale and also owned a home in Boca Raton. Rosbach also owned a house in Decatur, Georgia, which he sold in 2018, records show. 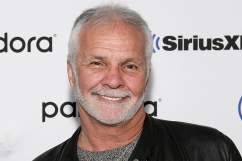 In January 2021, Captain Lee and Mary Anne Rosbach invited Bravo TV viewers into their Fort Lauderdale home for a tour. The video was posted on YouTube as part of Bravo’s Insider series, with the caption, “See the ‘Captain’s Quarters’ he calls home when not on charter for ‘Below Deck.'”

Captain Lee showed off their open concept dining room, kitchen and bar area, which you see as you walk in the front door of the South Florida home. The kitchen area features an island. Walking through the kitchen, Rosbach pointed out a guest bathroom and a hallway lined with photos of his family. Heading to an office Rosbach joked, “She used to let me in here. That used to be my desk over there. Used to be.” 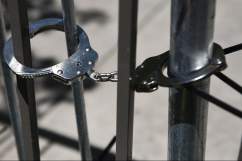 Loading more stories
wpDiscuz
0
0
Would love your thoughts, please comment.x
()
x
| Reply
Captain Lee Rosbach lives in Florida with his wife Mary Anne. See an inside look at his house.