Charli Burnett opened up about her struggles with food and issued an apology to fans for how she initially handled her personal issues while filming “Vanderpump Rules.”

Charli has made some surprising comments about food during her two seasons on the Bravo reality show.

In a  post shared on her Instagram story, the SUR waitress revealed why she became triggered during an argument with co-star Lala Kent, as well as when her castmates questioned her choice of a peanut butter sandwich during a group dinner that was filmed for the show.

Charli Shared a Message With Her Followers

In a message shared with fans and captured by @pumprules Instagram account, Charli revealed that the most recent episode of “Vanderpump Rules” was “a very vulnerable one” for her.

“Being in a position that magnifies my biggest issue of being misunderstood due to my lack of words not knowing the effect it would have after,” she wrote.” I always say silly or “distracting  things to avoid talking about deep rooted issues due to me not feeling comfortable or ready to open up.”

Charli admitted that during the moment the argument scene was filmed she had reached her “breaking point.”

“If I ever offended you in the past in what I have said regarding food etc. I deeply apologize,” Charli wrote to her followers. “But food is something I’ve struggled with for majority of my life & finally overcame my fear of it last year.”

While she revealed that she has finally come to a place where she is comfortable being “vulnerable” about her past, she admitted it was “hard” to see “colleagues and strangers” speak about her situation and that it left her “depressed, embarrassed and ashamed.”

“I hope after this episode you are able to understand me a little more and know that I’ve grown so much from that point,” she wrote.  “I’ve forgiven my past & people involved in my past and just want to move forward.”

“Vanderpump Rules” fans first saw Charli talk about her issues with food last season during a conversation with former co-star Dayna Kathan. According to ScreenRant, after Dayna asked Charli about her favorite items on the SUR menu and confessed that she ate a pasta dish three nights in a row, Charli made the surprising revelation that she had never eaten pasta in her entire life.

“I have this theory that pasta is the reason why everyone gains weight,” Charli said at the time. “It just like stacks in your body.”

The comment became an ongoing “joke” about Charli.  During an appearance on “Pump The Brakes” podcast, Charli was offered the choice of a microwavable three-cheese ziti marinara or macaroni and cheese, and she called the choices her “literal worst nightmare.” She later said of pasta, “I don’t f— with it.”

But the SURver gave more insight into her food fears on the most recent episode of “Vanderpump Rules.” After choosing a peanut butter and jelly sandwich for dinner, she opened up in a confessional to reveal that when she was a child she was severely punished for not eating what she was served, per The Daily Mail.

“Ever since I was a little girl, I’ve always had issues with food,” she said. “The only way to get out of situations was just to eat a PB&J because everyone has bread, jelly, and peanut butter at their house.”

Viewers Will Learn More About Charli’s Story This Season 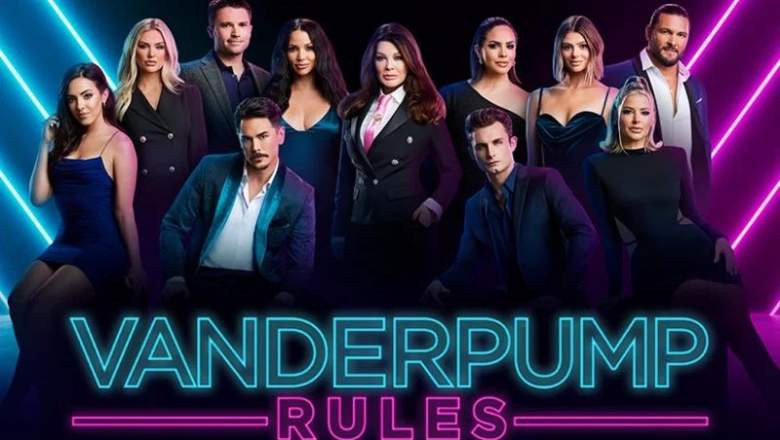 Charli also opened up about her childhood trauma in an interview on the “So Bad It’s Good” podcast. On the podcast, she revealed that she can’t eat certain foods because they trigger horrific memories from the abuse she suffered as a child.

“When people try to pressure me to try food, and people keep questioning me or questioning why I don’t eat certain things…I actually start going into panic mode and I’ll start crying,” she said.

She also revealed that the “pasta” scene on “Vanderpump Rules” left her depressed.

“I was being called names [by my co-stars]” she said. “No one wanted to even get to know me because I hated pasta.”

Fans will learn more about Charli’s story this season.  “Vanderpump Rules” star Tom Schwartz told E! News that some of the cast has become closer with Charli now that they know more about her past.

“We’re learning more about Charli as we’ve gone on,” Schwartz said. “We’ve actually bonded on a deep level now. We didn’t realize some of the issues she was dealing with so it’s easy to be callous.”

Loading more stories
wpDiscuz
0
0
Would love your thoughts, please comment.x
()
x
| Reply
The 'Vanderpump Rules' star opened up about her past.