James Kennedy and Raquel Leviss opened up about their breakup on the “Vanderpump Rules” season 9 reunion, and it was a heartbreaking reveal for both them and their co-stars.

But nearly two months after the reunion taped, things seem to have changed.

Read on for the details on the couple’s split, and find out the bold move Leviss made now that she’s a single woman. 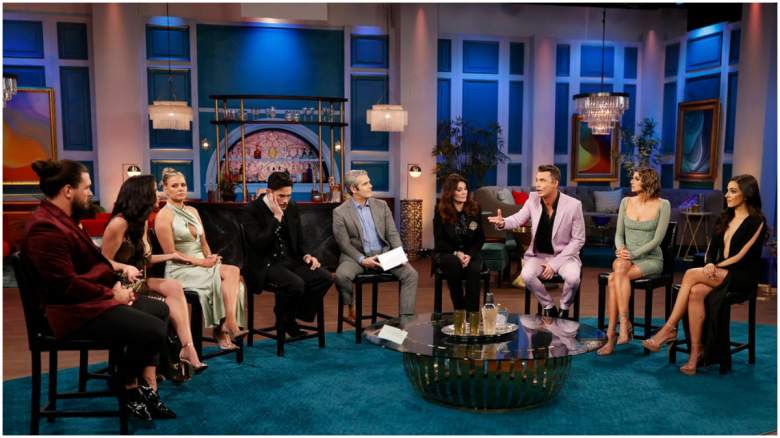 The engagement of Kennedy and Leviss was a major storyline on the 9th season of “Vanderpump Rules,” so perhaps it’s no surprise that the couple’s split took up a large chunk of the reunion.

Host Andy Cohen wasted no time getting into it as he noted that something seemed “afoot” with the two. After Kennedy admitted he has been “better,” Leviss revealed that they had decided to call it quits on their five-year relationship.

“We’ve decided to break off the engagement,” Leviss revealed. ”It’s been something that I’ve been thinking about for a while, and I think that James has noticed my heart hasn’t been fully in it.”

Leviss explained that while she “didn’t want to give up on James because he really has shown me how dedicated he is to me, and the things that he’s willing to do to better himself,” she couldn’t get past her fears about marrying him.

“I feel like it’s something deep within,” she said. “I’ve been having nightmares about our wedding, and I think that that’s like, a telltale sign that something’s wrong.”

The exes revealed that the split was a joint “conclusion” after they realized that they were not soulmates. Several co-stars, including Tom Sandoval, got teary-eyed as Kennedy broke down while telling his side of the story.

“We’ve worked on it. We worked on our relationship,” the DJ said through tears. “And I feel like after I quit drinking. You know, I just, like, thought that would fix it. But it didn’t quite fix it all, you know? And we had a conversation, like, a couple of months ago, and I asked her if ‘I’m your soul mate, do you think?’ And she said, ’Do you think I’m your soul mate?’ Like it was almost like, the first time I felt like we weren’t destined in the galaxy, you know?”

The former couple also shocked their co-stars by revealing that they hadn’t had sex in nearly two years. “It’s been since those rage texts that James sent me,’ Leviss said, referencing a 2019 incident in which Kennedy sent her disturbing messages.

While there were plenty of tears during the reunion, Leviss had support as her breakup played out on TV. The SUR waitress shared videos on her Instagram story as she attended a watch party for the “Vanderpump Rules” reunion with friends. She also posted a photo that showed her sipping from a cocktail while using a straw shaped like a penis.

Fans may recall that during the 9th season of “Vanderpump Rules,” Kennedy was adamant that he didn’t want his then-fiancée to have a bachelorette party that included penis straws or strippers.

“Seemed like James controlled you!! Glad you moved on,” one fan wrote.

“Congrats on the beginning of the rest of your life live it the way you want to and never settle for less than you deserve!!” another added.

Leviss also addressed a follower who called the photo “kinda mean,” hours after Kennedy was photographed holding hands with a mystery woman in Las Vegas.

“After seeing how quickly James has moved on,  I think I’m allowed the freedom to act on whatever my heart desires,” she wrote. “I’m no longer taking into account other people’s concerns before my own.  Those days are dead and gone. Hello 2022.”