Jax Taylor and Brittany Cartwright are trying to give back to the community, but some people are giving them a hard time.

The former ”Vanderpump Rules” stars announced they will make an appearance at a fundraiser event at Clubhouse Lexington in Kentucky two days before Christmas.

A flyer for the event, shared on Instagram, revealed that the reality TV couple will appear at an “Ugly Sweater Christmas Party” to help raise money for tornado victims in Kentucky. The teaser states, “All $ from cover charge will be donated to the Western Kentucky Tornado Relief Fund.”

Clubhouse Lexington is a large nightclub and venue space that features four bars, three floors and two stages. It is also located steps away from the University of Kentucky campus, which means it attracts a young party crowd.

In a thread on Reddit, some fans questioned why the former Bravo stars would attend an event at a large venue amid the current surge in COVID-19 cases across the country. Others speculated that Jax and Brittany are being paid to appear at the charity event.

“There are so many ways to help the tornado victims that doesn’t include superspreader events that they probably are paid for,”  one Redditor wrote.

But many more fans zeroed in on the promo picture itself. The photo appears to have been taken several years ago at an event during Jax and Brittany’s “Vanderpump Rules” days.

“How old is that picture?” one Redditor wanted to know.

“They don’t look even look like this photo,” another agreed.

“Those are their season 4 faces, right?” another wrote.

“That isn’t what either of them look like,” a fourth fan chimed in.

“Catfish for both at this point,”  another cracked.

“There should be a disclaimer: Photo is seven years old and may not reflect the actual appearance of those making an appearance,” another wrote.

Jax & Brittany are Considering a Permanent Move to Kentucky 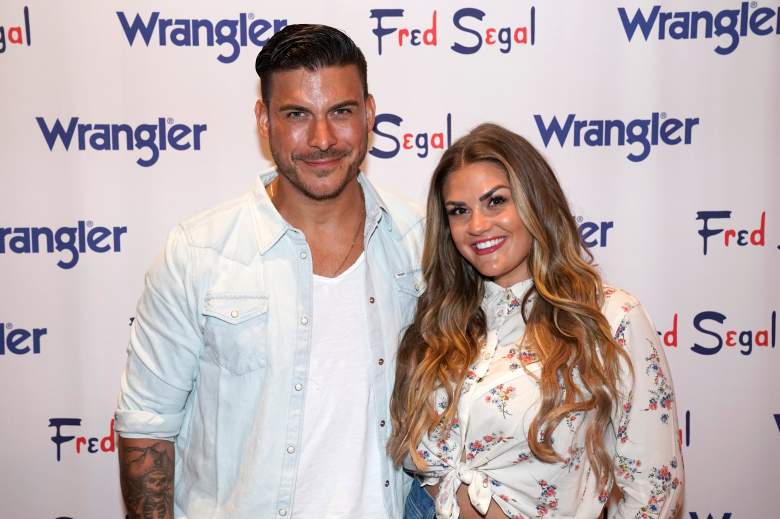 Old photos or not, Jax and Brittany are in Kentucky spending the current holiday season with Brittany’s family, so it’s not a surprise that they agreed to appear at the event. The two previously lived in Kentucky while filming their spinoff reality show, “Jax & Brittany Take Kentucky,”  and they still make frequent trips to Brittany’s home state.

“It’s not happening today but it is in the foreseeable future,” the former SUR bartender said in early 2021, per Reality Blurb.  “Maybe next year, if I can talk Brittany into it… I want to raise my kid in Kentucky [but] I’ve got to get Brittany on board.”

More recently, Jax  told “Access” that he’s “still not 100 percent sure” that he wants to “raise a family in California.”

“I’m a Midwest guy, my wife’s from Kentucky,” he said. “We grew up with a different lifestyle. I don’t want my kids to miss out on what I had growing up and took for granted– living in cul de sacs, having the neighborhood kids, going to public schools and just being around family.”

Loading more stories
wpDiscuz
0
0
Would love your thoughts, please comment.x
()
x
| Reply
The former 'Vanderpump Rules' stars are scheduled to appear at an event in Kentucky.