The dad-to-be added that he does still talk to some of his former costars “on the regular,” including fellow departed stars Stassi Schroeder and Kristen Doute as well as Tom Schwartz and Katie Maloney-Schwartz.

“I talk to Lala [Kent] a lot,” he added. “I talk to James [Kennedy] once in a while. That’s about it really. I have no interest in anybody [else]. I’m like a dad now. I don’t really have interest in going to bars.”

Taylor’s new comment about Vanderpump came after he previously stated that the wealthy restaurateur doesn’t reach out to anyone from the Bravo reality show.

“[Tom Schwartz] said the same thing,” Taylor said in a previous IG Live,  according to Reality Blurb. “He’s talked to her once. Everybody I talk to, nobody’s heard from her. She doesn’t reach out. I’ve done my part. I’ve reached out.”

But Vanderpump painted a very different picture when asked who she still keeps in touch with from the long-running Bravo hit, which is currently in limbo due to the pandemic.

Vanderpump told E! News she reached out to Lala Kent after the recent birth of her baby, and that she even had her as a guest on her new E! dinner party series.

“Well with Lala, I’m very close to Lala,” Vanderpump told the outlet. “In fact, she did come on Overserved when she was pregnant.”

Vanderpump also revealed she has “been in contact” with fellow expectant mom Scheana Shay, But in the same breath, she admitted she hasn’t checked in on Taylor’s pregnant wife, Brittany Cartwright, who was also a longtime SUR employee and Vanderpump Rules cast member. 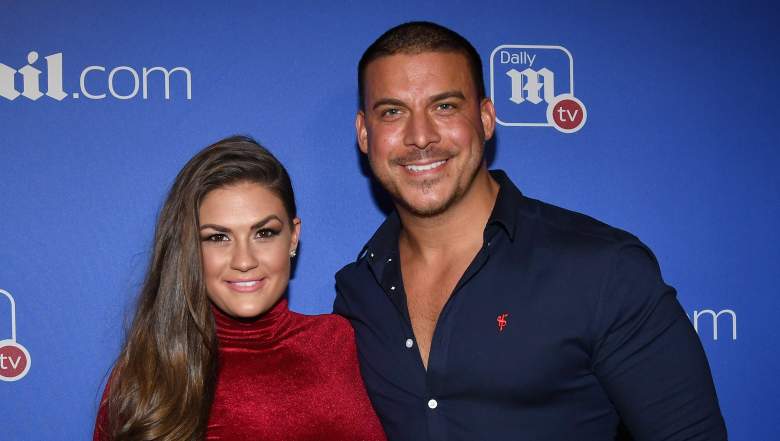 GettyJax Taylor and Brittany Cartwright in 2017

In December, Taylor and Cartwright announced they were stepping down from Vanderpump Rules, months after a racism scandal resulted in the firing of four cast members,  including veteran stars Schroeder and Doute.

Cartwright and Taylor announced their exit as if it had been their decision, but when asked if she was surprised that the couple “decided” to leave Vanderpump Rules, Vanderpump laughed the notion off.

“Was I surprised what they decided?” Vanderpump replied to Us Weekly. “Well, if you put it like that, yeah. I would have been really surprised.”

During a recent appearance on Watch What Happens Live, Vanderpump also revealed that the biggest thing she won’t miss bout Taylor is him calling Vanderpump Rules “his” show.

Taylor had a bit of a meltdown on what would be his final season of Vanderpump Rules. On the season 8 finale, Vanderpump confronted the bartender on his “habit of self-destruction” and how it will affect his relationships, and he told her his true friendships are the ones that he needs, not the ones made for a television show. “This is why my show is successful,” he said,  per E! News.

“It’s actually not your show, it’s actually my show, ok?” Vanderpump fired back. “And, I put you’re a– on it, so don’t be f–king disrespectful to me.”

Loading more stories
The former 'Vanderpump Rules' star gave an update on his relationship with his ex-boss.