Jax Taylor revealed that he has no regrets about his exit from Vanderpump Rules. While speaking on the Daddy Issues podcast with Joe Buck and Oliver Hudson, the former Bravo star admitted that his long-running role as the reality TV bad boy took a major toll on him.

”I was very fortunate to be on that show,” Taylor said in the new interview. “I was very successful on it, and I made a great living, but man, it took a toll on my mental health.”

Taylor added that he is glad he is no longer on the cast of the hit reality show.

Taylor added that he said “a lot of bulls–t” on camera and was caught in “so many lies” to create drama for his storylines. He said he was “paid a lot of money” to be “that douchebag, that villain, that guy” and that he “amped it up” because it was part of his “job.”

“I painted a picture of myself that wasn’t 100 percent true, and I paid for it,” he said.

Taylor and his wife Brittany Cartwright announced their departure from Vanderpump Rules last December following a rollercoaster season that saw Taylor spiraling and lashing out at his friends and co-stars. The SUR bartender’s erratic behavior came to a head when he had sent rage texts to co-star Max Boyens and had a meltdown on as he claimed Vanderpump Rules was “his” show.

Taylor also began working out like crazy, claiming it was the only thing keeping him sane. “The only thing I can do right now to keep myself from going crazy is going to the gym. It’s my therapy,” he said in one scene, per Distractify.

His wife and friends told him he was spiraling out of control and exhibiting disturbing behaviors. During an on-camera chat with his ex, Stassi Schroeder, Taylor admitted he was “scared” about what he might do next.

“I’m emotional as f–k, and I feel like I’m gonna take it out on Brittany,” he revealed. 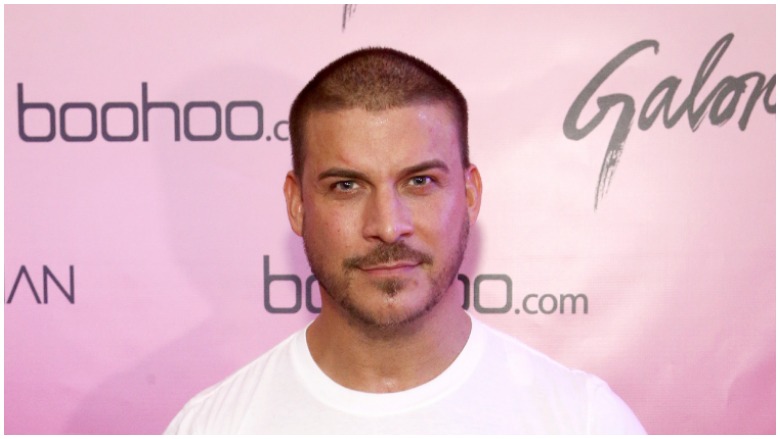 Taylor’s erratic behavior was also addressed during the Vanderpump Rules reunion last summer. The former bartender admitted that he was struggling with anger issues but thought he had been doing “better.” He got defensive when his issues were brought up at the reunion.

“You’re the one who said you had mental health problems at the end of this season,” Schroeder said to him, per People. “You are the one, Jax, who talked about how you were depressed, how you were scared about what you were going to do, how you couldn’t control yourself. So now we’re going to talk to you about it.”

After Bravo host Andy Cohen noted that he had heard that Lala Kent’s fiancé, Randall Emmett, had suggested a therapist for Taylor to talk to, Kent clarified the situation.

“He did not just recommend a therapist. Randall paid for this session, and Jax didn’t show up,” she said.

Sandoval also said he was tired of hearing Taylor say he’s a “work in progress.”

Taylor appears to be in a much better place since exiting Vanderpump Rules. He is expecting his first child, a baby boy, with Cartwright this month.

Loading more stories
wpDiscuz
0
0
Would love your thoughts, please comment.x
()
x
| Reply
The former Bravo star opened up about his exit from the show.