Jax Taylor could be returning to reality TV. The former “Vanderpump Rules” is rumored to be joining the celebrity-themed “Big Brother” spinoff, “Big Brother VIP.”

Months after Taylor and his wife Brittany Cartwright announced their exit from “Vanderpump Rules,” the U.K. outlet  The Daily Mail reported that the former SUR bartender may be a contender for the celebrity “Big Brother” spinoff based in Australia. Taylor recently began following the “Big Brother Australia” Instagram account, which has added major fuel to the rumors that he’s headed Down Under.

In April, 7 News announced that the cast for “Big Brother VIP” would be announced “soon,” with programming director Angus Ross teasing “an amazing collection of housemates” who will live in sequester to play the “Big Brother” game.

On social media, fans are already talking about the possibility of Taylor joining “Big Brother” just a few months after welcoming his first child with Cartwright. In a Reddit thread devoted to the topic, several commenters noted that they “knew” Taylor would “find some way to get back on TV.”

“Can you imagine him on the live feeds?” another wrote of the show’s voyeuristic format that includes 12/7 live feeds.

In addition to Taylor’s possible casting, a network insider told Woman’s Day that “Big Brother VIP” producers are eyeing local celebrities, including “Home And Away” star Lincoln Younes and radio star Ash Pollard to move into the “Big Brother” house.

No casting has been confirmed, but Taylor’s presence on the Aussie-based reality show would not be totally far-fetched. Past celebrity editions of the show have featured U.S. stars in other countries. For example, in 2013, “The Hills” stars Heidi Montag and Spencer Pratt competed on the British version of “Celebrity Big Brother,” and actor Gary Busey turned up in the U.K.-based house the following year.

Jax Taylor Has Been Teasing a Big Announcement For Weeks 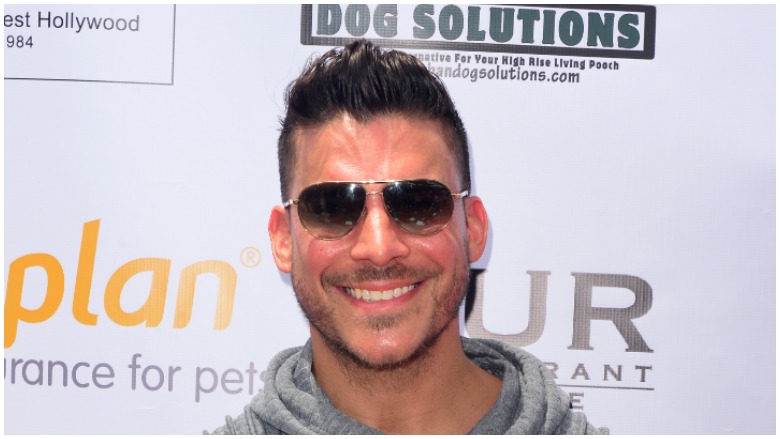 “Big Brother” or not, Taylor has something big in the works. In a recent interview on the “Daddy Issues” podcast with Joe Buck and Oliver Hudson, he admitted he’s “not walking away from TV.”

“I’m reaching out to different networks,” Taylor said earlier this year. “There’s some things going on that we’re talking about.”

And in a recent guest appearance on Lala Kent and Randall Emmett’s  “Give Them Lala…With Randall” podcast, Taylor confirmed has something “really exciting” in the works.

“A lot of people want to know what we’re up to,” he said. ‘“I’m looking forward to something a little bit more fun. We were doing those meetings and the first thing, they’re like, ‘What do you guys want to do?’ And I go, ‘I love the world I was in but I want to do polar-opposite. I want something more light-hearted.”

Taylor also revealed that something big would be happening over the next few months and that he would soon have an announcement about it.

“It’s going to be a busy summer, that’s for sure,” the former “Vanderpump Rules” star teased.