Kathy Hilton joined the “Real Housewives of Beverly Hills”  Season 11 cast as a “Friend” of the Housewives, but she has some sisterly love as well. The older sister of “RHOBH” veteran Kyle Richards made her debut on the Bravo reality show as an official cast member this season, but many fans have wondered why she decided to sign on to the show, especially given the family’s past drama.

Fans know that the celebrity sisters had a major falling out a few years ago. The two stopped speaking for a long period of time after Kyle produced a TV show, “American Woman,” that was inspired by their late mother’s life as a single mom in the 1970s.

On the most recent episode of the Bravo reality show, Kyle reflected on her past estrangement from Kathy. The “Halloween” star revealed she felt anxiety and depression when she was estranged from her sister and said it was a “relief” to have her back in her life.

“Not speaking to my sister for so long really affected me a lot,” Kyle said in a “RHOBH” confessional. “I’m just happy to have her in my life again.” 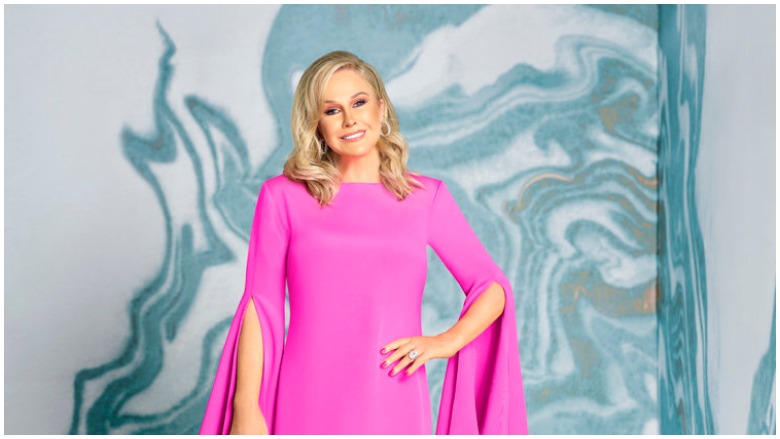 Kathy recently revealed that she joined Kyle’s reality show to bond with her sibling following their past estrangement, and to also show a more “fun” side of herself. During a recent interview on Bravo’s Daily Dish, the socialite and businesswoman said “it was a wonderful experience” to join the “RHOBH” cast after several past cameos.

“I went on a few different times [previously], but it was always in a very serious way,” Kathy said. “I think the fans always thought I was a b-tch or something, you know? I just thought this is an opportunity to spend time with Kyle.”

In just the first two episodes, Kathy has already earned ”icon” status on “The Real Housewives of Beverly Hills.” On the premiere episode, she confused Garcelle Beauvais for her sister, mispronounced Dorit’s name, revealed she used to do dental work on her childhood friends, and mused that she’d use a pricey flask given to her by Sutton Stracke as a container for mouthwash. Kathy also dragged a huge box fan on a cast trip to Lake Tahoe because she needs to hear white noise when she sleeps.

“RHOBH” fans have taken to social media to react to Kathy’s presence on the show.

“Kathy Hilton is one of the smartest casting choices BH has been doing. She’s bringing the fun!” added another.

Kathy Hilton is the perfect amount of cooky and I am obsessed with her. #rhobh pic.twitter.com/vUBGXc3c0y

Even Andy Cohen is impressed with his latest “RHOBH” find.

“This season is super dramatic, but it is also so funny due in large part to one Kathy Hilton, who is a trip that I don’t think any of us expected,” he said. “I thought that Kim Richards was the motherlode of kind of lunacy, but Kathy is her own vibe, man. “