Katie Maloney addressed fan questions about the sandwich shop that she plans to open with her ”Vanderpump Rules” co-star, Ariana Madix.

Days after the duo talked about their vision of opening a gourmet sandwich shop with an “unapologetically feminine,” vibe reminiscent of something out of a Nancy Meyers movie, fans still had plenty of questions about the proposed shop, which will be called Something About Her.

On Instagram,  Maloney and Madix shared an image of what appears to be the Something About Her logo, with the message, “Unapologetically feminine and undeniably delicious.  Coming 2022.”

But some fans had questions about the show’s feminine name, which doesn’t mention the word “sandwich” in it. When one fan asked, “How will people know it’s a sandwich shop with that title?,” Maloney replied to hint that she and Madix will be doing more than serving up subs at their new place.

“Well it’s become [more] than sandwiches since. So stay tuned to find out what we have in store,” Maloney replied to the fan.

Others wanted to know where the shop will be located. In the comment section to an Instagram photo of the outside of a building that had a French country, “shabby chic” vibe to it and vines, florals and chandeliers reminiscent of one of Lisa Vanderpump’s restaurants, Maloney replied to a fan who asked, “Is this the actual building for the sandwich shop?!”

“It’s the location of our dreams!” the “Vanderpump Rules” star revealed. “This is from our mood board.” 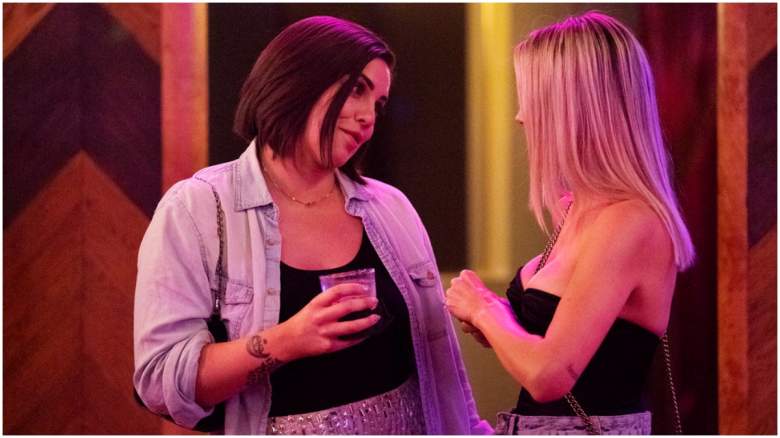 On Twitter, a fan predicted that the sandwich shop storyline will dominate season 10 of “Vanderpump Rules” and that viewers are “going to see before and after footage of the sandwich shop with Ariana and Katie in hard hats and then of course Lisa hammering the wall.”

Madix set the record straight after another Twitter user wrote that “all the storylines on PumpRules are a little too contrived” and that the sandwich shop idea between the girls “felt like a set up for a storyline and additional business with a yas girl vibe.”

“Nope,” she replied. “I came up with the idea to team up on the spot. Neither production or Katie had any clue and tbh neither did i before it came out of my mouth.”

But not everyone thinks the all-girls’ business is a good idea, especially with Maloney and Madix’s significant others already teaming up to open their own bar together. A Twitter user weighed in to question why the two “Vanderpump Rules” stars don’t just go into business with their guys instead of opening separate businesses without them involved.

I Love the idea and name of your shoppe! Thru out time , since Adam and Eve , women have ruled the world-I love the European feel, lots of plants and maybe, famous women thru the decades- from Mae West to Greta Garbo, Lucille Ball, and other glamourous Hollywood icons. Sandwiches that men would love to treat their ladies to-please don’t forget the man’s demographic. delicate shelves with classy books, music, and sandwiches that are catered to the common/classic or most elegant tastes. The decor should be delicate but comfortable- You two can do it! The “Vanderpumpernkel” may have been a joke, but things like that morph into great names- I’ll have the Greta Garbo, with some Rose’ please..Catering is also a big option once people catch on to what your shoppe is about–So don’t forget to let them know what “She is really all about”. What a great concept- Don’t get tacky- leave that to S&S-lol.( No offense guys but you could have swept the floor before your lack-of progress party. :(. Good Luck- Think about some of these ideas- and rock Hollywood with the best Chicken Parm from Capri, Italy, The Chicken Marsala from Beverly Hills etc. xoxo–Good luck! You got this. Your name looks great, but it needs to say more about what you are selling-Gourmet sandwiches. Tatiana Roveda