Katie Maloney revealed a new business plan – and it’s not with her husband, Tom Schwartz.

The ”Vanderpump Rules” star is going into the sandwich business with her co-star, Ariana Madix. On the December 28 episode of the Bravo reality show, Katie revealed that she was tired of waiting for Schwartz to collaborate with her on a business as he embarks Schwartz & Sandy’s, a new venture with his bestie business partner, Tom Sandoval.

“We talk about it,” she said of a future sandwich shop with her husband, before revealing she doesn’t feel like waiting years to start a business with him.

“I’ll do it,” Ariana offered to a stunned Katie.

In a confessional, Ariana revealed that she wants to “start early and finish early” and have a place that’s “really beautiful and really fits my aesthetic.” She added that she doesn’t want to deal with “sticky alcohol, stinky people puking, that sort of thing.”

Katie chimed in to say she envisions something out of a Nancy Meyers movie where they’re “always baking something.” The two friends noted that they both follow the Nancy Meyers Interiors Instagram account.

Katie added that she is “ready to move on” from the whole “Schwartz & Sandy’s mess” that her husband is involved in with Sandoval.

The duo sealed the deal with a hug and later dropped their partnership news to their former boss Lisa Vanderpump.

“I was ready to throw myself into the boys’ restaurant but they don’t want me,” Katie said.

“Watch us be more successful than them,” Ariana agreed.

Fans Reacted to Katie & Ariana’s Plan to Start a Business

“Vanderpump Rules” fans know that Katie has years of experience in the restaurant business.  The Bravo star previously noted that she has worked in restaurants since she was 13-years-old and that her mother ran a restaurant for her entire life.  Katie even boasted that she was more qualified to run a restaurant than her husband is, according to Bravo.com.

Fans reacted to Katie and Ariana’s big business news on social media. In a Reddit thread, one fan even had a name suggestion for the new business.

“I would rather go to Katie & Ariana’s sandwich shop than a bar called schwartz & sandys #PumpRules,” tweeted one fan.

“I live for Katie and Ariana’s friendship!! omg I hope they open the sandwich shop and I’m glad their friendship can survive Sandoval being a douche #pumprules,” another tweeted.

“I actually think the sandwich shop idea with Katie and Ariana makes much more sense. Schwartz clearly had no real interest in doing that with her,” another wrote.

Others predicted that the 10th season of “Vanderpump Rules” will focus on the girls’ business, which already seems to be in full swing. On her Instagram story on December 31,  Katie answered a fan who asked her what the name of the sandwich shop will be.

“You will find out very soon!!!” she replied. “But I will say neither of our names are incorporated.” 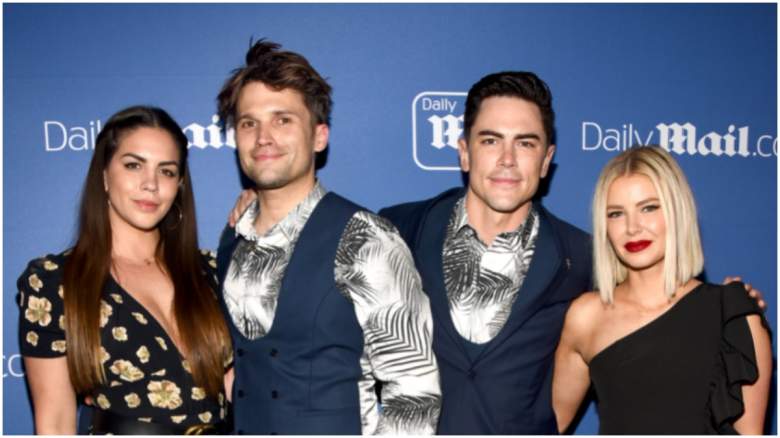 While she’s on board for a girls-only shop, Ariana previously suggested that the Schwartzes and the Sandovals shouldn’t work together.

While speaking on Yahoo’s “We Should Talk” series, Ariana noted, “When Tom and Tom first started doing this project of opening a new bar together, they agreed that me and Katie — they literally shook hands — that [we] wouldn’t be involved. And I think that that’s honestly for good reason!”

“With the personal aspects of our relationships, for me, I think it would be detrimental to the business and also our personal relationships with each other,” she explained“There was a point in time a couple years ago where the four of us were really solid, and I want to get back there. I think the way of getting back there is probably not us all working together.”