Katie Maloney-Schwartz revealed why she was missing from Stassi Schroeder’s birthday celebration in Las Vegas.   The “Vanderpump Rules” star posted an explanation to Instagram after fans questioned why wasn’t in attendance for Schroeder’s 33rd birthday trip to Las Vegas. The birthday girl posed with pals Jax Taylor and Brittany Cartwright at Sugar Factory Planet Hollywood as she celebrated her 33rd, but her bestie was nowhere in sight.

In response to the speculation over her absence, Maloney-Schwartz posted a comment to the Bravo and Cocktails Instagram page.

“Lol! Ya I couldn’t travel to Vegas for Stassi’s birthday because of work/filming obligations, so we will celebrate this weekend,” she explained. “That’s all. Nothing scandalous.”

In a series of Instagram stories, Maloney-Schwartz did wish her BFF a happy birthday. She shared several photos of her with Schroeder, including one of the former “Vanderpump Rules” star sitting on a throne.

“I wish I could celebrate your birthday with you today!” Maloney-Schwartz wrote to Schroeder. “But just know I love you so much and hope you have the best day ever!!

“Vanderpump Rules” fans know that Schroeder shares a June 24th birthday with her former co-star Ariana Madix and that their dual birthday parties were often a storyline on the Bravo reality show. But with Schroeder fired from “Vanderpump Rules” in June 2020, filming obligations will now come before friendships.

Instead of jetting to Vegas, Maloney-Schwartz stayed in Los Angeles to celebrate with Madix. The “Fancy AF Cocktails’ author celebrated her 36th birthday at the Tramp Stamp Granny’s Hollywood piano car as Bravo’s camera rolled, per BravoTV.com.

Madix was pictured wearing a black off-shoulder dress as she and her surviving castmates downed shots, cupcakes, and engaged in some singing. In addition to Maloney-Schwartz and her husband Tom Schwartz, “Vanderpump Rules” cast member Scheana Shay was also pictured in photos from the birthday bash.

Madix hinted that the night included some surprises that fans will see play out on the upcoming season of “Vanderpump Rules.”

“We had a big party last night so I’m recovering,” she told Us Weekly, adding that her boyfriend Tom Sandoval gave her a special gift that viewers will eventually see.

“I don’t want to spoil it because you will definitely see it [on the show],” Madix teased.

Vanderpump Rules Season 9 Will Showcase the Divide Among the Cast 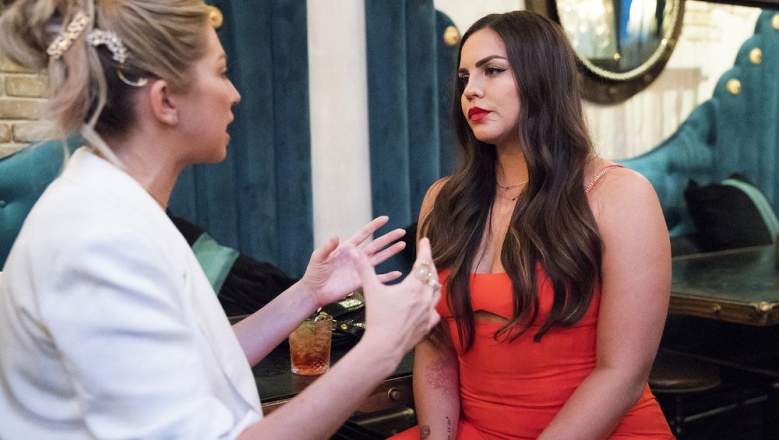 Last summer’s bombshell “Vanderpump Rules’ cast cleanup that sent Schroeder and Kristen Doute packing, and was followed up by the joint exits of Taylor and Cartwright, will greatly affect the 9th season of the Bravo reality show—and the birthday parties are just one example.

Madix told Us fans can expect “very high highs” and some difficult moments as well in the new season. She noted that the changes in the cast will definitely “be different” for fans.

And with some members of the group filming and others not, social events will very different, as evidenced by the recent birthday celebrations. It may even show which cast members were only “friends” for the cameras.  Madix told Us Weekly that she has yet to meet Taylor and Cartwright’s baby boy Cruz, who was born in April.