Katie Maloney pitched a name for the upcoming bar that will be opened by her husband Tom Schwartz and their fellow “Vanderpump Rules” co-star, Tom Sandoval.

During an appearance on “Watch What Happens Live,” Maloney stood by her stance on the bar’s potential name that Sandoval has been pushing.  On the “Vanderpump Rules” premiere, Sandoval revealed that he wants to call the bar “Schwartz and Sandy’s” after the Toms’ last names.

In a poll posted by “WWHL,” the “Schwartz and Sandy’s” name was given a thumbs down by 96 percent of the viewers who voted. That’s when Maloney revealed that she thinks the Toms should name their bar “Once Upon a Tom.” The former SURver’s name idea got a “yes” from 76 percent of ‘WWHL” voters. 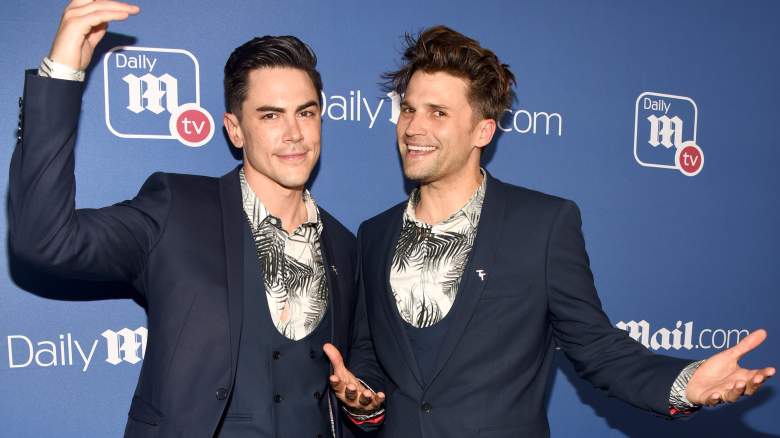 Maloney has not held back about her feelings on the new bar. After Sandoval described the vibe of the new place as “James Turrell, light artist, went over to his grandma’s house and took some acid,” she questioned why he would want to name the place Schwartz and Sandy’s.

“I think it’s horrible,” Maloney said on the “Vanderpump Rules” premiere. She later added, “You want to make it like psychedelic, funky, fresh, lights, textures. And then you want to call it f***ing Schwartz & Sandy’s? …Ugh. I lost my boner.”

According to BravoTV.com, Sandoval said Maloney’s criticism was “out of line.”

“I don’t need somebody telling me our last names and that f***ing thing is uninspired,” he said.

On social media, fans weighed in on the bar name.

“Actually ‘Once Upon a Tom’ is a great idea for their bar name! Sandoval should swallow his pride and give Katie her props,” one viewer tweeted.

“Once Upon a Tom is waaaay better,” another agreed. “#SchwartzAndSandy’s sounds like a Dave and Busters type vibe #PumpRules.’

Lisa Vanderpump Also Weighed in on the Bar Name

Lisa Vanderpump also had some things to say about the two Toms’ new venture. Several years after she took Schwartz and Sandoval under her wing to create the West Hollywood bar TomTom, Vanderpump told Entertainment Tonight that the two may be in over their heads with their solo bar business.

“There’s a lot that goes into running a restaurant, creating a brand,” she said. “There’s a lot of things that maybe they weren’t aware of.”

Of the Schwartz and Sandy’s name, Vanderpump admitted she doesn’t “love” it.

“But I think a place becomes a name, like a baby becomes the name,” she said. “I think if you kind of put something out there and say, ‘I’m thinking of calling my baby this…’ you’re going to get just so many different opinions. I’ve never really asked that. I’ve never really asked for people’s opinion on anything I do. I kind of put it out there. I’m confident. I mean, I might listen to people, but I’m basically going to go with my own belief. If that’s their dream, they should 1,000 percent just go for it.”

Katie , I love your idea! Let’s keep it simple tho. Just TOM . Good for you for sticking by your man and standing up to Sandoval..he and Ariana have way outgrown their britches in my opinion. I used to love them but she seems to think she’s the new Lisa V. It’s not happening. Give Tom something Ariana, a kid a marriage – geez give and take. Not, take take take

It should just be TOM

Tom Sandoval is a narcissist and his ridiculous costumes are tiring. Everything is about what he wants and although he says he cares about Schwartz’s opinions, he clearly doesn’t. He wants Schwartz’s money but none of his ideas. Schwartz needs to step up and be heard or take his money & partnership elsewhere.