Lala Kent blew the lid off of Brock Davies’ past.

On the most recent episode of “Vanderpump Rules”, the “Give Them Lala” author star questioned Scheana Shay’s fiancé’s past following the revelation that he has two children in Australia that he hasn’t talked to in four years. Davies, who welcomed daughter Summer Moon with Shay in April, has a son named Eli and a daughter named Winter from a previous relationship, according to Life & Style.

In the “Vanderpump Rules” episode, Kent warned Shay about Davies’ “tendency” to leave his kids. She later grilled Davies about his estrangement from his children and he eventually came clean to her privately, off-camera.

But Kent spilled the beans on-camera during a tea party at Lisa Vanderpump’s house as Shay looked on. Kent described Davies’ confession to her as “intense.”

“You know why he wasn’t allowed to see his kids, correct?” Kent said. “Because [his ex] slammed him with a domestic violence charge.”

Kent elaborated in a confessional to reveal that the mother of Davies’ two older children has a restraining order against him.

In a confessional, Shay admitted, “Obviously a restraining order sounds terrible. But Lala’s acting like this happened a few months ago and it’s new information and this is why he can’t see his kids. And this has nothing to do with that.”

Shay explained that Davies is unable to see his kids because he is behind on his child support payments. Of the domestic violence charge, she added, “Someone can say something happened when it didn’t.” 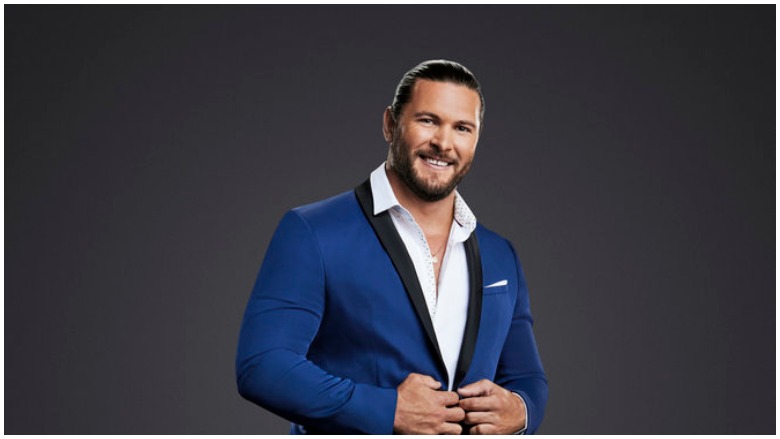 After Shay texted her fiance to tell him what went down at the tea party, he broke down in tears while at a guys’ night in at Tom Schwartz’ house.

“I’ve had enough of Lala,” Davies said. “I just found out she was talking s***. I spoke to her and Randall [Emmett] about a situation I have in my past. I asked her nicely to drop it. Now the f***er goes ahead to Lisa and goes, ‘Oh you know what else Brock did?’ And divulge more s*** that I tried to confide in her with. She’s a piece of s***. That’s a low blow.”

In a confessional, the gym owner also expressed regret for how he handled his domestic situation and for leaving Australia to move to California without his family.

“Looking back on it, I’d do it all differently,” Davies said. “I would try to help as much as I could. But I just miss them.” 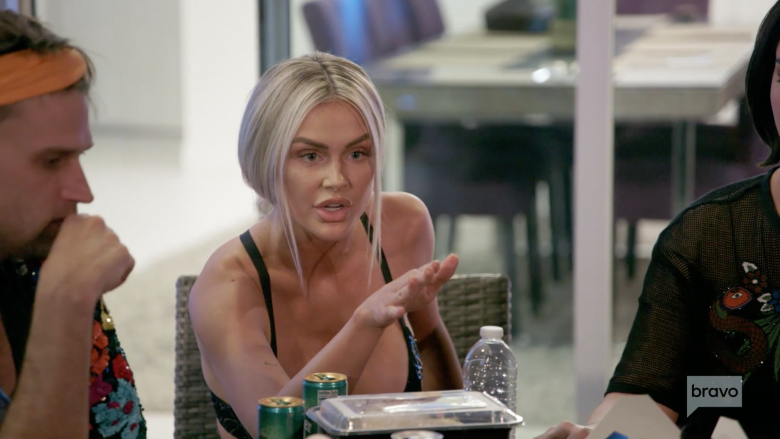 The “Vanderpump Rules” cast has long been speculating about Davies’ relationship with Shay, and Kent has been the most vocal, warning the “Good as Gold” singer to watch out for “red flags.”

But on social media, some fans called out Kent for blurting out Davies’ personal business on-camera after he confided in her.

“Brock really thought he could confide in Lala off camera and not have it come out on the show huh lmao,” one fan tweeted.

“Geez, Lala has really crossed a boundary with Brock,” another wrote. “I don’t think she is in any situation to be throwing stones, like pay attention to what’s going on in your home. And I agree with Scheana, he doesn’t have to prove anything to Lala. Only to Scheana. Unbelievable. #Pumprules.”

“Wow, Lala wants to throw Brock and @scheana under the bus so hard. Lala find your own storyline and quit trying to use Scheana/Brock as your storyline,” another added.

“Another fan tagged Shay and wrote, “I can’t believe you didn’t warn Brock not to tell Lala anything personal, of course she’s going to make it her storyline for the season she has nothing else…she does it every season so now it’s you guys it’s really disgusting that she would do that to her friend and to him.”

Others defended Kent and praised her for speaking up.

“How is it Brock left his kids, owes child support and has a restraining order for DOMESTIC VIOLENCE but @lala_kent is the one in the wrong? “ one fan tweeted. “@scheana has always seemed vulnerable & blind to red flags she needs a wake-up call. This feels potentially dangerous.”

Davies knew his past would come back to haunt him when he signed on to “Vanderpump Rules.” In an interview with Page Six, he said he “knew it was coming” and explained that he was in a “different place” in his life when he became a young father.

“Definitely, obviously not my proudest moments, but it’s a part of my life,” he said. “I understand my faults, what I’ve done in my past, and going forward I’ve done the right thing.”

Davies named Kent as the main “Vanderpump Rules” cast member that he butted heads with over his situation.

“There was obviously some people that wanted to know more about my past and all that,” he told Us Weekly. “And that kind of caused a bit [of a] rift. Lala and I get into it throughout the season, but through it, [I] actually had a memorable moment in my life.”