Lala Kent’s feud with GG Gharachedaghi is getting uglier by the minute. After Kent talked about the “Shahs of Sunset” star during a recent appearance on “Watch What Happens Live,” Gharachedaghi called out the mom of one as a “cheater.”

Fans know that the  “Vanderpump Rules” star is going through a messy split from her former fiancé, Randall. There have been allegations that Emmett cheated on the Give Them Lala Beauty founder while she was pregnant with their now 9-month-old daughter, Ocean.

“If I recall correctly u were bragging about going down on your castmate & the timeline puts u in a relationship at that time,” Gharachedaghi tweeted at Kent on January 13. “Cheater? Your personal business was made public by u & that allows pple to have an opinion. MY opinion is that u should have a little more self-respect.”

Gharachedaghi, who welcomed her son Elijah Javad in 2020 after undergoing IVF treatments and using a sperm donor,  per the Daily Dish, also took issue with Kent describing her as a “single mom.”

“U said I’m a single mom as if I’m a victim of a circumstance & that I should have empathy for what you’re going thru bcuz [sic] we’re both single?” the “Shahs” star wrote in a second tweet. “Do not confuse my original point sweetie.”  “One day all of ur anger will disappear but all of the horrible things YOU decided to make public about ur daughter’s father, will always be there,” she added.

In 2019, fans were stunned to find out that Kent hooked up with her “Vanderpump Rules” co-star, Ariana Madix. The two women talked about their hookup on the “Vanderpump Rules After Show.” Madix revealed that she and Kent were “stumble out of the bar drunk” when they started fooling around in the backseat as Madix’s boyfriend, Tom Sandoval, drove them home. Kent was in a committed relationship with Emmett at the time.

Kent later revealed on “Watch What Happens Live” that Emmett wasn’t upset by her hookup outside of their relationship.

“I mean, two good-looking people having fun, he wasn’t that mad about it,” she said.

Lala Kent & GG Gharachedaghi Have Been Feuding Back & Forth 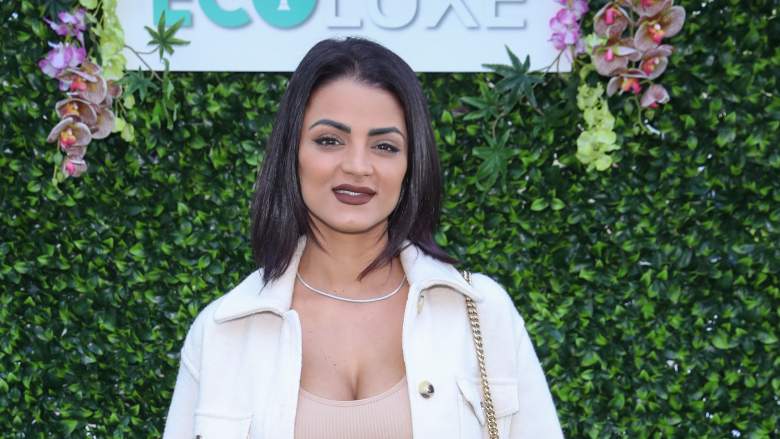 While Emmett wasn’t “that mad” about the cheating situation,  Gharachedaghi is defending her film producer friend amid Kent’s steady stream of interviews in which she has talked about Emmett’s ongoing infidelity and the “red flags” she missed during their five-year relationship. In early January, Gharachedaghi reacted to an interview with Page Six in which Kent talked about Emmett’s shady behavior.

“If someone (Randall) is being their authentic-self and it’s all being referred to as ‘red flags,’ why does the person (Lala) wait until they’ve experienced many of these ‘red flags’ before they walk away?”Gharachedaghi wrote on Instagram. “Just saying… Walk away and stop complaining unless you’re ready to take accountability for choosing to stay after the first ‘red flag’ because all of this press/media s*** ain’t cute when it’s about the father of your child.”

During an appearance on the January 11, 2022  episode of “Watch What Happens Live,” Kent fired back to say Gharachedaghi’s comments about her were “inappropriate.”

“She knows nothing about what is going on and how deep and dark and disgusting everything is,” Kent revealed.“As someone who is a single mom, I would think you would take a [second to] pause and have compassion. I just thought after [the split] I don’t need the negativity.”

READ NEXT: Lala Kent Says Randall Emmett’s Ex-Wife is the Best Thing That Ever Happened to Him

Loading more stories
wpDiscuz
0
0
Would love your thoughts, please comment.x
()
x
| Reply
The 'Vanderpump Rules' star was called out by a former friend.