All “eyes” are on Randall Emmett—or at least on his finger. The Oscar-nominated filmmaker and longtime love of “Vanderpump Rules” star Lala Kent stunned fans with his latest pic of the couple’s baby daughter Ocean, and it wasn’t just due to the too-cute two-month-old’s sweet face as she looked up at her daddy.

In the pic, Randall was seen holding his baby girl as she lovingly gazed up at him. “The Irishman” filmmaker captioned the pic with, “I see you!”

But fans saw something else— a diamond band around Randall’s ring finger on his left hand.

Fans Zeroed In On The Ring On Randall’s Finger

In the comments section to Randall’s post, many of his followers chimed in to react to the sweet daddy-daughter photo. But others zeroed in on the glittery band on the proud papa’s finger and wanted to know what it meant.

“I see a wedding ring!” one fan wrote.

“She’s so beautiful,” another wrote of the baby, then added,  “So is the wedding band.”

“Did I miss when they got married?” another fan asked of Randall and Lala.

Lala shared a similar pic of Randall and their daughter in which her man’s ring finger was also visible. She captioned the photo with, “It’s the [eyes] for me.” The “Vanderpump Rules” star also disabled comments on the post. 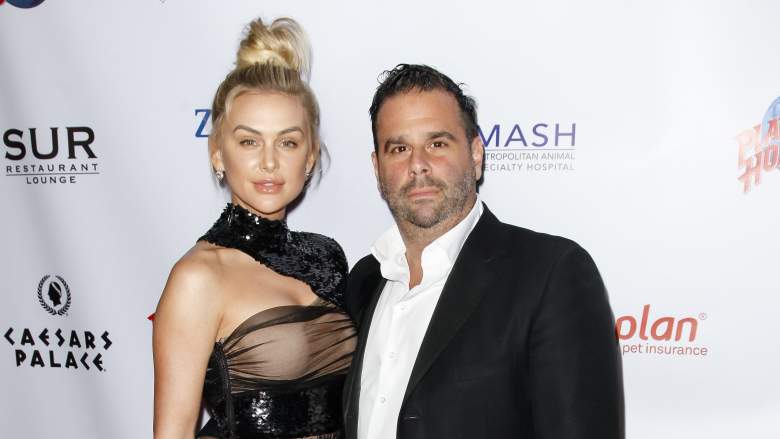 GettyLala Kent with Randall Emmett in 2019

Lala has been open about her rollercoaster relationship with Randall in interviews and in her recent book, Give Them Lala. In a new interview with OK! Magazine she revealed that while she has no plans to tie the knot with her movie producer man any time in the near future, the two have dropped the “fiance” titles.

“We have no plans to get married anytime soon,” Lala said. “We feel defeated [after] postponing our wedding three times due to the pandemic. I will say, I’m sick of calling him my fiancé — so wedding, or no wedding, I’m officially calling him my husband. We deserve the title of husband and wife — we fought hard for this relationship.”

Randall and Lala originally had their wedding date set for April 18, 2020, but the pandemic changed their plans. Subsequent wedding dates were also scrapped due to the global health crisis.

During a recent appearance on “The Wendy Williams Show,”  Lala admitted that she is “in no rush” to get married now. She even said she “may or may not” wed the wealthy movie producer, noting that she has seen enough messy divorces in Hollywood to “scar” her.

As for that very prominent ring on Randall’s finger, another commenter on his Instagram post pointed out that the reality TV couple addressed their relationship status on a recent episode of their podcast.

“They’re not married, tired of planning three weddings so just wearing [their rings] until they actually are married,” the fan wrote.