Lala Kent and Scheana Shay are back in the friend zone. The “Vanderpump Rules” stars, who both welcomed baby girls earlier this year  – Kent gave birth to daughter Ocean Kent Emmett in March,  and Shay delivered daughter Summer Moon Davies in April – have bonded following their high-profile falling out last year.

In an interview on the “Behind the Velvet Rope with David Yontef” podcast, Kent revealed that despite their past feud, she and Shay are “stuck with each other,” noting that they have “been through so much” together,

Even more surprisingly, she added, “I think we have like a really deep love for one another.”

Kent explained that with the exits of several former costars following last year’s cast shakeup, she has been drawn to Shay because they are both new moms.

”My other friends who are moms are no longer on the show,” Kent said on the podcast, in reference to former co-stars Stassi Schroeder and Brittany Cartwright. “So now Scheana and I, even though we’re bonded, we have a completely new bond that we’ve formed.”

She added that she has bonded with Shay over missing their babies during filming for the Bravo reality show.

“It’s hard to leave your baby behind,” she said. “Our babies are only legally allowed to be in front of those cameras for 20 minutes. And then we have to pass them off. And it’s very hard and we shed a lot of tears.”

Of her relationship with Shay, Kent added, “We’re in a decent place at the moment.”

Kent & Shay Once Vowed That Their Friendship Was Over 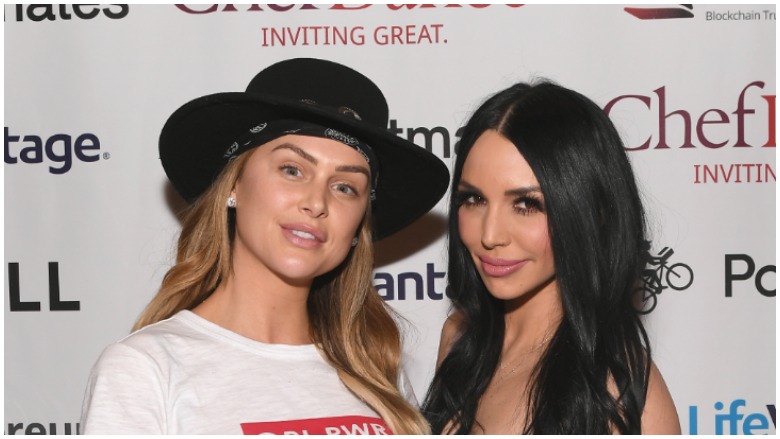 The co-stars’ ups and downs were documented over the past few seasons of “Vanderpump Rules” as well as off-camera. On an episode of her “Scheananigans With Scheana Shay” podcast last fall, Shay slammed Kent for not being there for her after she suffered a miscarriage. She claimed Kent hung out with celebrity friends Megan Fox and Machine Gun Kelly instead.

And on the “No Filter With Zack Peter podcast,” Shay described her friendship with Kent as “forced” and accused the Give Them Lala Beauty founder of being fake. At the time, she told the podcast host that she “never” saw herself having a friendship with Kent again and that she was “completely fine with it,” according to Us Weekly.

“I don’t have room for that type of fakeness in my life anymore,” Shay said.

Kent later fired back during an appearance on Lisa Vanderpump’s “Overserved,” saying that Shay was miffed because she didn’t get an invite to her gender reveal.

“And then she started turning my gender reveal into a platform for her low-level podcast,” Kent said.  She added that she texted Shay to tell her off, then told her not to respond to her message.

“This is the last moment you are ever going to get from me,” Kent said she informed Shay at the time.

A few months later, the mommy moments are happening.

Loading more stories
The 'Vanderpump Rules' star gave an update on her relationship with her co-star.