Lisa Vanderpump made a surprising revelation at the “Vanderpump Rules” season 9 reunion. The SUR owner revealed that she knew about her business partners Tom Schwartz and Tom Sandoval’s plans to open a bar separate from her well before they told her about it.

During the season 9 update show, host Andy Cohen asked Vanderpump when she first heard about the two Toms’ plans to open their upcoming Franklin Village bar, Schwartz and Sandy’s.

“Actually, Jax [Taylor] told me,” Vanderpump revealed. “Shortly after he was let go, he said to me, ‘Just giving you a heads up that they are opening a bar together.’ I think he probably expected me to have a conniption.”

As seen on the “Vanderpump Rules” season 9 premiere in September 2021, Schwartz and Sandoval put off telling Vanderpump of their plan to open a spinoff bar after partnering with her in 2018 to open the West Hollywood bar, Tom Tom.

In a clip shared on Bravo.com, Schwartz and Sandoval were shown at the location of their new “place.” In a confessional that aired during the season 9 opener, Sandoval revealed that he was “slightly nervous” to see Vanderpump and her husband Ken Todd and tell them about the new bar.

When the duo showed up at Tom Tom in matching green sweaters to meet with Vanderpump, she hinted that she knew something was up.

“All right, I heard — and I would just like to hear it from you — are you guys opening another restaurant or bar?” Vanderpump asked Schwartz and Sandoval.

After the two admitted they were opening a new bar, Vanderpump offered her support.

In an episode of “What What Happens Live,” in September 2021, Cohen asked the Toms why they didn’t tell Vanderpump about their new bar sooner, especially given her mentorship and past work history with the two of them.

“There was some ambiguity for a while there with the future of our bar,” Schwartz explained. “But everything’s going well now. Shout out to Greg Morris, our amazing partner. Yeah, a lot of ambiguity. A lot of on-again, off-again. We’re on-again, officially.”

Sandoval added that Vanderpump was high on the list of people to tell, but that others were informed about the venture first.

“I mean, obviously I’m gonna tell my mom first before I tell Lisa Vanderpump,” Sandoval said. “But yeah, we did tell her. As soon as it was full steam ahead, we told Lisa, explained everything.”

It is unclear how Jax Taylor knew about the bar before Vanderpump did. 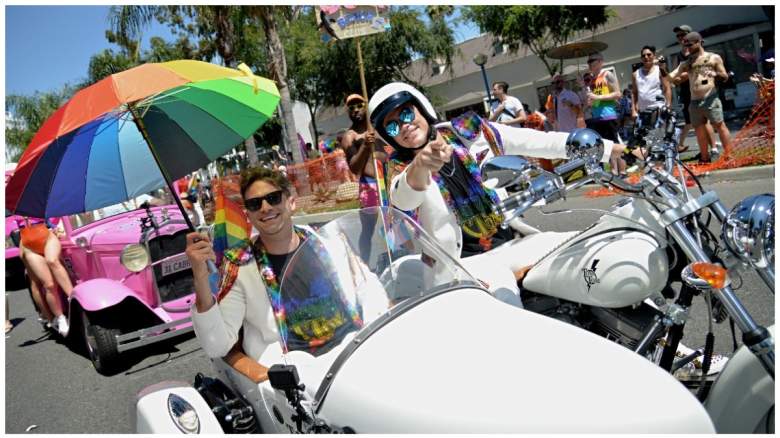 The buzz about the Toms’ new bar had been circulating since December 2020, which was around the same time Taylor announced his exit from “Vanderpump Rules” after eight seasons. At the time, an insider told The Sun that Schwartz and Sandoval wanted to “venture out on their own” in the bar business.

“They are planning to open a bar by themselves, without Lisa, because they want bigger pieces of the pie,” the insider said, adding that the two Toms did “not have a falling out” with Vanderpump.

Taylor, who famously did have a falling out with Sandoval, has not been supportive of the duo’s restaurant partnership. In May 2020, the former SUR bartender responded to a social media commenter who said the Toms have “prospered” in the bar world.

“They have not prospered,” Taylor replied, according to  Us Weekly. “That restaurant is a money pit. I would never want to own a bar in Hollywood it’s a money pit. It never ends up well.”

Loading more stories
wpDiscuz
0
0
Would love your thoughts, please comment.x
()
x
| Reply
The 'Vanderpump Rules' star was given a heads up about the Toms' plans.