Madison LeCroy made a cheeky comment regarding rumors that she is to blame for the breakup of Alex Rodriguez and Jennifer Lopez—and she teased that she has more to say.

Rodriguez and Lopez’s headline-making split spawned a romantic reunion for the singer and her former fiance Ben Affleck, whom she was previously engaged to in 2002.  After several recent sightings together, Lopez and Affleck were photographed kissing at the Malibu restaurant Nobu over the weekend more than 15 years after their split, Page Six reported.

Now, LeCroy is taking credit for the A-listers’ rekindled relationship amid accusations that she was “the other woman” that led to Lopez and Rodriguez’s breakup earlier this year.

“I say you’re welcome,” LeCroy told US Weekly of the “Benifer” reunion.

The “Southern Charm” then star went on to clarify that she was never in a relationship with Rodriguez while he was engaged to Lopez and was not responsible for their breakup.

“I mean, I will be honest with you. I had nothing to do with why they split, and I think everybody knows that” she told the outlet. “And if you don’t know that, then that’s just ridiculous, like, let’s be honest.”

LeCroy also promised to share her side of the story if she returns for another season of “Southern Charm.”

“I’m happy to tell my story,” the Bravo star told Us. “If I’m asked the questions, yes, I will tell the truth. I will say this – the reason why I’m not bothered is because I’m innocent in that sense.” 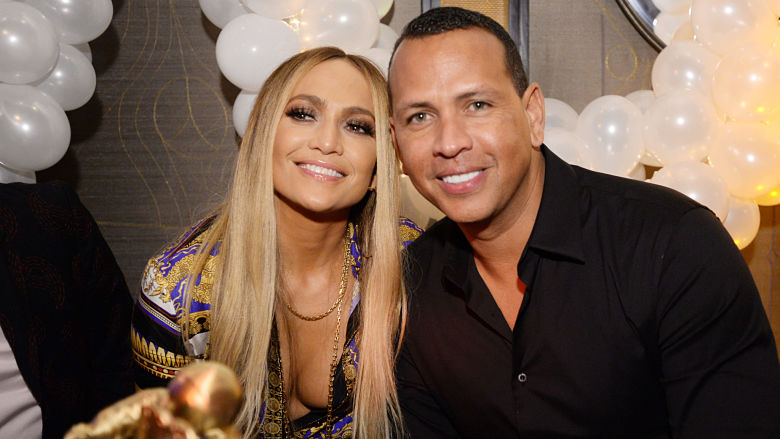 Rumors about LeCroy’s relationship with the retired New York Yankees player first circulated during the “Southern Charm” Season 7 reunion when her co-star,  Craig Conover, accused her of “flying around the country” sleeping with “married men, ex-MLB players.” Conover then claimed that LeCroy flew to Miami to hook up with a prominent ex-MLB player, according to Entertainment Tonight. He also called her a “homewrecker.”

LeCroy’s ex, Austen Kroll, also accused her of Facetiming a famous athlete “all the time.” It wasn’t long before rumors surfaced that the mystery man was Rodriguez, who had taken to “liking” LeCroy’s Instagram posts around the same time.

In a statement to Page Six, LeCroy admitted to communicating with Rodriguez but was adamant that she did not have an affair with him.

“He’s never physically cheated on his fiancée with me,” the “Southern Charm” star told the outlet. “I don’t want anything bad for his family, or for mine. We are definitely innocent in this.”

But a source told Page Six that “the Madison LeCroy scandal” was the reason Lopez ended her engagement to Rodriguez because the singer was “really embarrassed by it.”

Another insider later told The Sun that LeCroy was upset that Rodriguez “never owned up” to his part in their relationship before his split with his famous fiancee. LeCroy was  said to be “blindsided” by the celebrity couple’s breakup even though she was aware that “Alex was having problems with Jennifer.”

“She’s furious Alex never owned up to his part in the communication they had and tried to make it seem he didn’t know her,” The Sun source added, noting that Rodriguez even had LeCroy sign an NDA when they first started “talking.”

The insider added that LeCroy was “upset” and had “anxiety” over the “implications” that the A-Rod scandal will have on her life.

While Lopez is back in the arms of Affleck,  LeCroy has also found romance in the months following the Rodriguez drama. The 30-year-old recently shared photos of her posing with a mystery man and captioned the post by telling fans she is “mad happy.”

LeCroy also told Us Weekly that she met her new man in a  bar when she was visiting Scottsdale, Arizona, for a bachelorette party.

“He was there for a friend’s birthday party,” LeCroy said. “I did not know him at this time, but I go into this bar and we immediately lock eyes from across the room. It was, like, instant. And I mean you really can’t miss him. … He’s absolutely stunning.”

She added that her man, whose name she has not made public, came up to her at the bar and told her he needed her number because he had to “see her again.”