If  Vicki Gunvalson is looking for a younger man, there’s a guy ready to SURve her up.

In a Twitter thread, the 59-year-old former “Real Housewives of Orange County” star addressed recent buzz about her unexpected single status following her split from her former fiance, Steve Lodge, and a “Vanderpump Rules” alum told her to hit him up.

Gunvalson’s newly single situation sparked a tweet from Bravo’s Andy Cohen, who wrote, “If @vgunvalson doesn’t find a GREAT guy this year, it won’t be a good year. She deserves it. #FullLoveTankForVG.”

Cohen’s tweet received plenty of responses, including one from “Real Housewives of Beverly Hills” star Garcelle Beauvais, who reminded the Bravo host that she’s single too. Cohen noted that while Beauvais is also deserving, “Vicki has been through it.”

Gunvalson replied to say, “Thanks @Andy I’m starting to lose hope that there are any good SINGLE loyal guys are around anymore. What is wrong with people?”

In response to Gunvalson’s tweet, “Vanderpump Rules” alum Peter Madrigal made her an offer.

“V- get a better picker!” the 37-year-old SUR manager tweeted. “That last guy was a cheater & the guy before that was a lying liar & before that was Donn…you need spark in your love tank. I’m single BTW, hellooooo come to @SurRestaurant with your girls & let me host your return to being Single n’ Sassy! WhooHooo.”

Madrigal is a fan favorite from “Vanderpump Rules,” although he has barely been seen in season 9 of the Bravo reality show. But some fans would love to see him with Gunvalson.

“@vgunvalson you should take him up on this offer this is how #stellagothergrooveback with a younger man. Me thinks Peter would be perfect for you at this time,” one fan tweeted.

“Peter coming in HOT like a Bravo historian with this searing #RHOC take,” another wrote.

“Wooooooooah! Peter shooting his shot over here!! Get it Vicky!!!!” another chimed in.

“This is a crossover I never knew I needed,” another fan revealed. 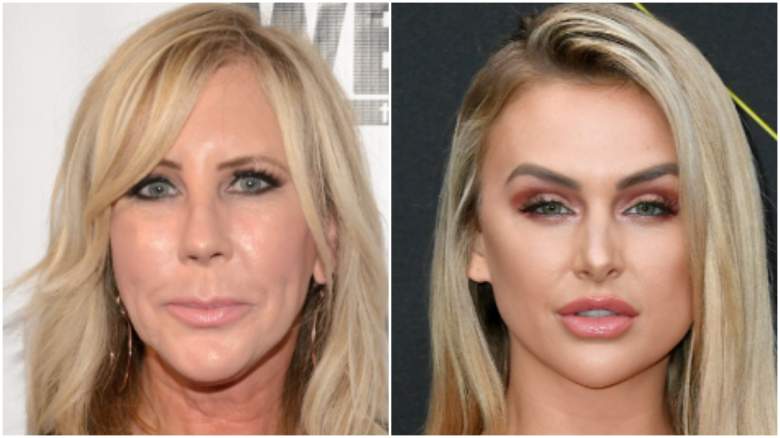 In September 2021, Gunvalson confirmed ended a five-year relationship with her ex, Steve Lodge. Just three months later, Lodge, 63, revealed that he was engaged to 37-year-old Janis Carlson, according to Page Six. The engagement news came after Gunvalson claimed Lodge had cheated on her with a younger woman.

“While I was out of town working on a biz trip, he took her to my condo in Mexico!” Gunvalson wrote on Instagram in October 2021, according to Us Weekly. “He’s been flaunting around my town in OC making out in public places. It’s disgusting. …He’s been dating a 36-year-old and is not what he portrays himself to be.”

After “Vanderpump Rules” star Lala Lent pened up about her messy breakup from her own fiancé. Randall Emmett, Gunvalson noted that their situations sounded similar.

On the “Not Skinny But Not Fat” podcast, Kent revealed that she was in the dark about Emmett’s alleged double life until the 50-year-old film producer was photographed with two women in Nashville.

“I was doing everything I possibly could to make sure that he and I would stand the test of time. And to feel like I was doing all of that really, for nothing,” Kent said.

Gunvalson commiserated in the comment section to a clip of Kent’s interview shared by Comments by Bravo. “Sounds very similar to the man who stole almost 6 years of my life that I will never get back. So hurtful, so wrong,” she wrote.

Before the “RHOC” alum and Lodge called it quits after more than five years together, Gunvalson dated Brooks Ayers for nearly five years. Following their 2015 split, Gunvalson filed a lawsuit against Ayers over money she lent him, per BravoTV.com. Gunvalson was also married to her husband, Donn, for 20 years before their divorce in 2014.