Scheana Shay opened up about her fractured friendships with some of her Vanderpump Rules costars.

The 35-year-old Bravo star, who is due to give birth to a baby girl with her boyfriend Brock Davies in April, recently cast doubt on the chances of reconciling with her estranged castmates while speaking on TMRW x Today.

After host Sydney Sadick asked Shay if she thought she would rekindle friendships with the castmates she fell out with in 2020, the mom-to-be said, “Probably not. I think where everyone kind of stands now will probably stick.”

She then added, “But, it is this crazy group of us and you know, it’s a roller coaster. So you never know.”

When asked who she is on the best terms with from the most recent Vanderpump Rules cast, Shay listed several costars that she still talks to on the regular.

“Tom [Sandoval] and Ariana [Madix] are my rocks,” she said. “James [Kennedy] and Raquel [Leviss] I’ve been super close with this while pandemic. Charli [Burnett], who is new last season, she’s also living down here in San Diego, so we’ve gotten really close. And I still keep in touch with Brittany [Cartwright] regularly, we’re like two weeks apart with our babies… and Kristen [Doute]… I keep in touch with so many of them but Tom and Ariana, James and Raquel, we hang out on a regular basis and talk.”

The longtime SUR employee added that the coronavirus pandemic has also helped her decide who she wants to actually spend in-person time with while filming for the Bravo reality show is on hiatus.

“I think everyone, for the past year and a half that we haven’t filmed, and we’ve been in this pandemic now for almost a year, I think you really see who your true friends are [and] who you are wanting to spend time with,” she said. “That’s the thing about this. It’s like, anyone you see, it’s like, ‘Are you worth me potentially getting COVID? Have you been tested recently? Who were you around?’ So I think everyone’s circles have gotten a lot smaller.” 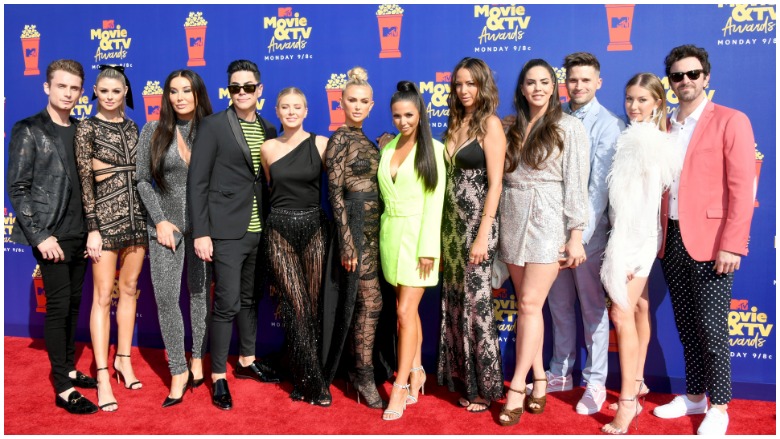 It’s not a huge surprise that Shay’s list of people she talks to did not include Stassi Schroeder or Lala Kent. Last fall, Shay revealed that she is no longer friends with the two Vanderpump Rules veterans and she even unfollowed them both on social media.

“I unfollowed [Lala],” Shay told Us Weekly,  as she revealed that she was tired of “forcing” a friendship with the Give Them Lala Beauty founder. “I never see a friendship with her again. And I am completely fine with that. I don’t have room for that type of fakeness in my life anymore.”

Shay also revealed that Schroeder accused her of sharing a private text message and suggested they remain “surface level” in regards to their relationship.

“So, I was like, ‘You know what Stassi, we’ve been surface level for years. I’m fine continuing that way. I wish you nothing but the best.’ And I just went and unfollowed her because you know what, I don’t follow people that I’m not friends with,” Shay said.

But now that Schroeder is a new mom and Kent is expecting a baby girl at the same time that Shay is, the “Good as Gold” singer admitted to TMRW x Today that “you never know” what could happen regarding future get-togethers with her estranged costars.

“So many kids are about to come into this world and that can bring people close again too so we’ll just have to stay tuned and see,” she said.