Hannah Berner is happy to be finished with “Summer House.” The 29-year-old standup comedian, who starred on the Bravo reality show for three seasons, revealed she has outgrown the show now that she is engaged to 45-year-old comic Des Bishop.

In a new interview on the Shady Sh*t podcast with Casey Balsham, Berner touted her “real” relationship with Bishop following her half-baked Hamptons hookups with her co-star Luke Gulbranson, and revealed she wouldn’t risk losing what she has now just to appear on the rosé-filled reality show.

“When you have a real, real, real relationship, it is very difficult to be on reality TV with them, especially when it’s not a show about you two and it’s an ensemble cast,” Berner said. “Because everyone has their own motives and stuff, and I don’t think it’s worth putting my relationship on the line.”

Berner added that she loves Bravo and was told by producers that “the door is always open” should she want to return to TV, but she hinted that her day-drinking days could be done.

She added that she is in therapy and is still “working through” her final season of the show and didn’t even watch the last few episodes back.

Berner Announced She Was Leaving ‘Summer House’ In May 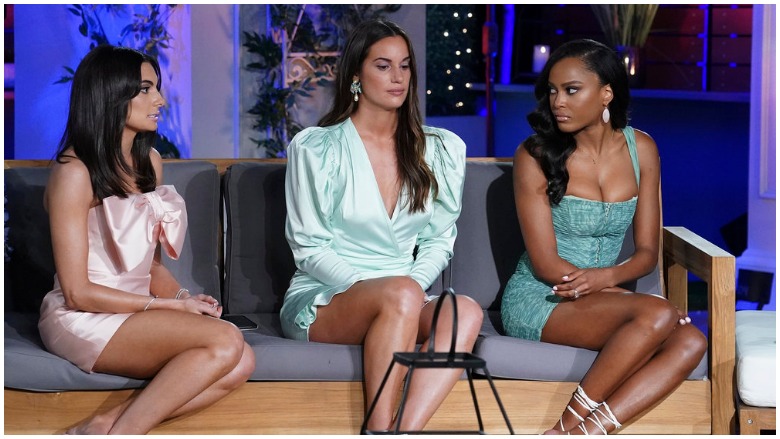 Berner’s new comments come two months after she announced she was leaving “Summer House” after a rocky third season on the show. The tennis player came under fire during the “Summer House” reunion as Gulbranson accused her of instigating fights and trash-talking him when she was already in a relationship with Des. Berner was also slammed by co-stars Kyle Cooke and Amanda Batula for her behavior with Bishop when he visited the group’s Hamptons house.

In a lengthy Instagram post, Berner noted that she welcomed “new career ventures, challenges and obstacles, and opportunities for growth” over the past year.

“I look forward to an exciting summer, but with mixed emotions, I’m announcing I won’t be spending it living in the summer house, “ she wrote.

She added that she planned to focus on her comedy career.

Berner previously opened up about how different it was to be with an older man after dealing with Gulbranson and other young guys. During a guest spot on the “You’re Gonna Love Me With Katie Maloney” podcast, Berner explained that she “had to break out” of the cycle of dating young guys who didn’t have their act together. She added that being with Bishop is “great” because he already has his career established.

“He jokes he’s like, ‘I want you to be my sugar mama. And I’ll like golf and hang in the hot tub.’ He’s like, ‘I’ll take care of the kids,” Berner said of Bishop. “I’m like, yes, that’s what I want. …I don’t feel like I have to be a project manager and like fix him in a lot of ways.”