The Toms are finally on the same page.

”Vanderpump Rules” stars Tom Schwartz and Tom Sandoval have come to an agreement on the name of the bar they will open in the Franklin Village area of Los Angeles. The bar, which could open as soon as late this year, will have a name that fans of the Bravo reality show have already heard – and hated.

“The people have spoken and it’s unanimous,” Schwartz told Entertainment Tonight of the name that was pitched earlier this season on “Vanderpump Rules.” “The public does not like it, but we’re going to make them like it! Once you come and experience the Schwartz and Sandy’s experience.”

Viewers – and the duo’s co-stars – have been vocal about their disdain for the Schwartz and Sandy’s name. Schwartz’s own wife, Katie Maloney said, “I think it’s horrible.”

The Toms Think the Name Will Grow on People 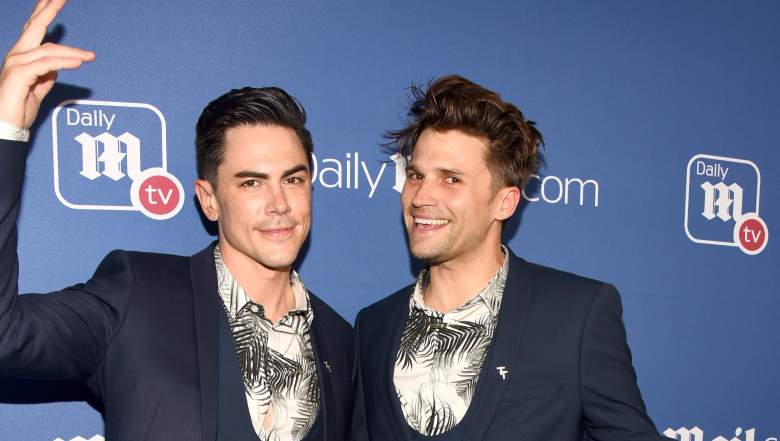 GettyTom Schwartz and Tom Sandoval in 2018.

During a  recent appearance on “Watch What Happens Live,” Schwartz and Sandoval were still taking name suggestions despite saying the Schwartz and Sandy’s name was “official.” At one point, host Andy Cohen asked Sandoval, “Is your nickname actually Sandy, by the way?” He replied, “I don’t know,” per BravoTV.com.

A “Watch What Happens Live” poll revealed that most fans are not fans of the name Schwartz and Sandy’s for what’s supposed to be a hip bar. But Sandoval compared the moniker to that of a famous rock band.

“When I first heard the name Red Hot Chili Peppers, I’m like, ‘That kind of sounds like a mariachi band,’” he told Us Weekly. “But now after so many years — decades — you know, Red Hot Chili Peppers has established itself as that band and that name is associated with them.”

Sandoval added that after opening TomTom, the duo’s West Hollywood bar they partnered with along with Lisa Vanderpump and Ken Todd, they want to still have their names within the name of the new establishment.

Lisa Vanderpump previously admitted she doesn’t love the Schwartz and Sandy’s name, but revealed her own theory on bar-naming.

“I think a place becomes a name, like a baby becomes the name,” the SUR owner told Entertainment Tonight. “I think if you kind of put something out there and say, ‘I’m thinking of calling my baby this…’ you’re going to get just so many different opinions. I’ve never really asked that. I’ve never really asked for people’s opinion on anything I do.”

The Toms Launched Their Own Brand of Whiskey

In addition to their new bar venture, the Toms have put their names on a whiskey label. The Bravo besties have unveiled the small-batch whiskey brand, Toms’ Good Lovin.  In an Instagram post, the two drink choices are described as “a lovely port blended bourbon” and a “rye, spiced just right.”

Schwartz told The Daily Mail there’s “just a little kiss, a little elegant kiss at the finish” of the port.

He also said that, unlike the bar name, the name for the whiskey came easy.

The “Vanderpump Rules” star added that the new whiskeys him feel “all warm and fuzzy.”