Tom Schwartz and Tom Sandoval dug deep into the concept for their upcoming new bar on the  November 9 episode of  “Vanderpump Rules.”

After Schwartz showed up at Sandoval’s house with a vision board, the bar-owning besties attempted to come up with a mission statement for their new venture, and they drank what appeared to be psychedelic mushroom tea to help inspire them during their brainstorming session.

“This deep dive is actually a business meeting disguised as a hang sesh,” Sandoval said.

“Deep dives are an attempt all of that pent-up creative energy flow,” Sandoval added in a  confessional. “It’s a time to let your inner child be curious and just, you know, take mushrooms.”

As neon lights flashed in the background, the duo donned matching, oversized sunglasses and shot whipped cream into their mouths as they checked off items on their to-do list, which included coming up with a “clear and simple” theme for their bar, as well as a “1 sentence mission statement,” a design theme, and finalization of the food and cocktail menu.

The vision board included blurbs about a “future-retro,” ‘60s, ‘70s theme before the partners decided it will be “a dive lounge.”

As the session began to wind down, Schwartz admitted that Sandoval’s original bar name, Schwartz and Sandy’s, was “making more sense.”

“Okay soooo…. Were Schwartz and Sandoval actually on something ?!?” one viewer wrote on Twitter.

“Are mushrooms legal? I’m asking because they’re literally promoting them on Vanderpump Rules,” another fan tweeted.

‘This ‘mushroom’ sequence with the two Toms is the definition of a show jumping the shark,” another wrote. “Cancel this s***. It’s just too bad. This has gone past guilty pleasure into just painful to watch.”

The Toms Already Received Some Flack For Their Bar Plans 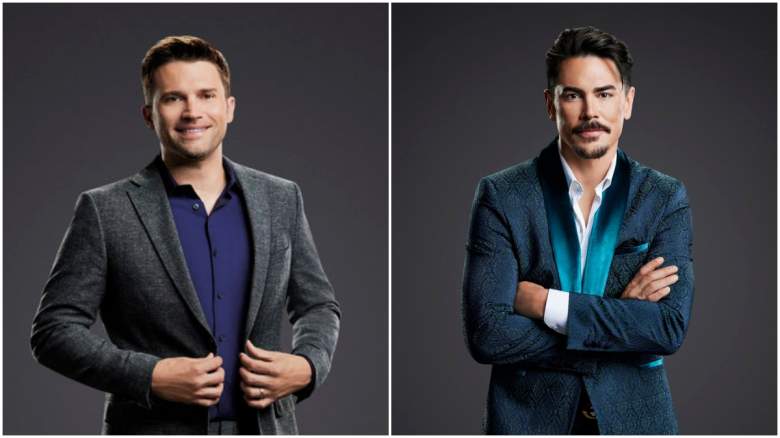 Fans know that the two Toms have had to jump through a few hurdles to get their bar off the ground.

In a clip from the “Vanderpump Rules” season 9 premiere shared on Bravo.com, Sandoval revealed that he was “slightly nervous” to tell their business partner, Lisa Vanderpump, that he and Schwartz were opening a bar without her.

When he finally did tell LVP about the bar, he described it as “James Turrell, light artist, went over to his grandma’s house and took some acid.”

The duo also received flack for their proposed bar name, which Schwartz’s wife Katie Maloney hated. Katie called the name “horrible,” adding,  “You want to make it like psychedelic, funky, fresh, lights, textures. And then you want to call it f***ing Schwartz & Sandys?”

Fans have also slammed the duo’s dynamic, with Sandoval often calling the shots for major decisions about the bar. 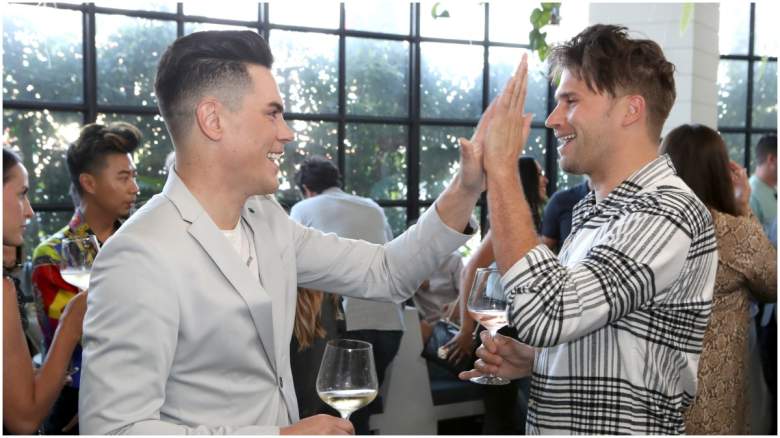 GettyTom Sandoval and Tom Schwartz are launching a new whiskey and a new restaurant.

In late 20202, a source  told The Sun that Schwartz and Sandoval wanted to branch out in the bar world without Vanderpump because they wanted “bigger pieces of the pie.”

The dive bar theme was also pending. Earlier in 2020, Schwartz told People the two had a plan to open the diviest bar ever.

[Sandoval and I are] going to open a grimy dive bar together eventually,” the “Vandeprump Rules” star said. “It’s going to be really seedy. It’s going to have lots of violations and claims, lawsuits, and nothing above a C grading.”