Tom Schwartz and Tom Sandoval opened up about their relationship with Jax Taylor.

During the January 18, 2022 episode of”Watch What Happens Live,” host Andy Cohen asked the “Vanderpump Rules” duo about the status of their relationship with their former co-star, who exited the show at the end of season 8 in 2020. Sandoval confirmed the two had seen Taylor recently.

“We saw him on Katie’s birthday,” Sandoval said of Taylor, referencing Katie Maloney’s 35th birthday celebration the prior weekend. 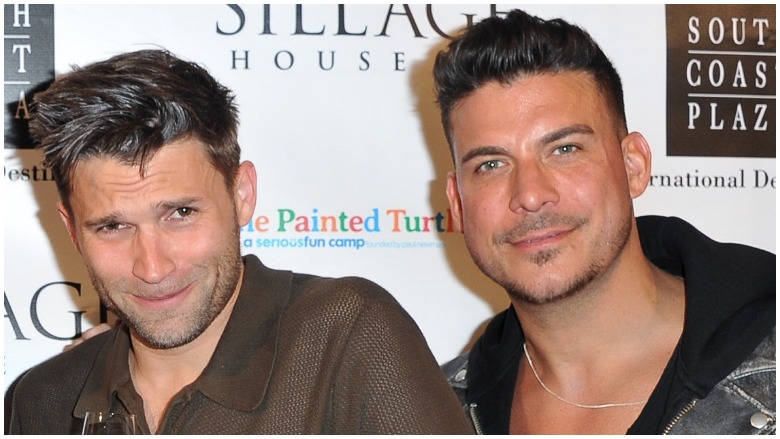 In the interview, Schwartz confirmed that he is still close with Taylor. “I have a great relationship with Jax,” he told Cohen. “I’ll always love him. His kid is so cute, Andy.”

Sandoval added that when it comes to his relationship with Taylor, “we try to keep it below the belt.” “I’m just kidding,” he added.

Schwartz went on to explain the dynamic between his two friends, who had a falling out in 2019 during planning for Taylor’s wedding to Brittany Cartwright. “It’s amicable,” he said of Sandoval and Taylor’s relationship. “But…”

“We’re fine,” Sandoval interrupted. “I mean, we don’t hang out the way we used to.”

“The dynamic is kind of dead,” Schwartz continued. “I still chill with Jax a lot, but [Sandoval] doesn’t have a close relationship. I mean, he returned the sword. I feel like that was the end, that was the symbolic end of [the] relationship.” 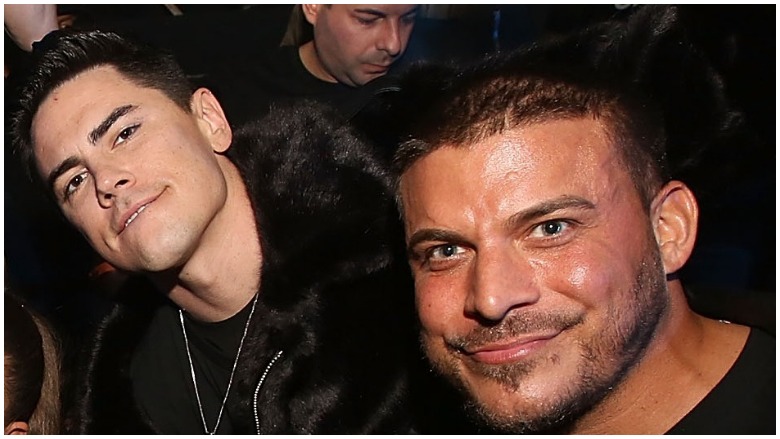 Although Taylor left “Vanderpump Rules” in 2020, he was referenced multiple times on the 9th season of the show and even made several cameos via old footage — and home security video.

On the December 28 episode of “Vanderpump Rules,” Sandoval’s girlfriend Ariana Madix revealed that she spotted Taylor on the security cameras outside of her Valley Village, California home when he entered the property to return a gift that Sandoval had given him.

As the security footage appeared  onscreen — Taylor’s face was blocked out — Madix told Katie Maloney that the last time she saw Taylor “was him dropping off the samurai sword gift from Tom via my security camera.”

Sandoval had the sword signed by ‘American Idol” alum Randy Jackson and had gifted it to Taylor for his 40th birthday, which was filmed for “Vanderpump Rules”  in 2019.

In March 2020, Sandoval revealed that he went to great lengths to get to Jackson to autograph the sword, but when Taylor was later asked what he thought of the present, he claimed the gift was more about Sandoval’s ego than his birthday.

“See but this is the thing about Tom, what he does,” Taylor said on the “Vanderpump Rules Aftershow.” “I know people say look at all the stuff he does.  To me — and I don’t mean this the wrong way – it’s ‘Look what I did,  look what I did.’  So he [does it] not just for me but for everybody else.”