Vanderpump Rules is one of the biggest shows on Bravo, but will it be back for a 10th season?

Since 2013, the reality show has followed the lives of a group of staffers at Lisa Vanderpump’s SUR restaurant in West Hollywood, but the past two seasons of “Vanderpump Rules” have featured cast changes. For season 8, several newcomers were brought in, including Max Boyens, Brett Caprioni, and Dayna Kathans. But a scandal involving their past social media posts resulted in the firings of Boyens and Caprioni.

In addition, original stars Stassi Schroeder and Kristen Doute were fired from “Vanderpump Rules” in June 2020 due to their past racially insensitive behavior. Longtime stars Jax Taylor and Brittany Cartwright also exited the show in late 2020.

Now, with most of the cast moved on from working as SURvers and several core cast members gone for good, fans want to know if the show will make its milestone 10th season. 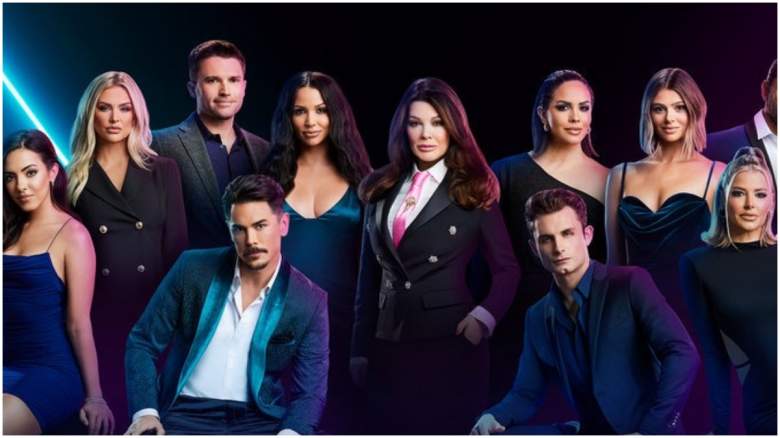 The season 9 cast members have yet to confirm if “Vanderpump Rules” is returning for a 10th season. On her “Give Them Lala” podcast, Kent recently confirmed the show has not yet been picked up.

“[If] tomorrow they call me and say, ‘We’ve been picked up,’ I would take a big pause because I don’t know if that’s the space for me anymore,” Kent said in December 2021.

On social media, fans have looked for clues that “Vanderpump Rules” has been picked up.

On Twitter, a fan speculated that the show has been renewed based on Shay’s recent reveal that her wedding to Davies is no longer planned to take place in Bali. “Oh the wedding In Bali is now off!” the fan wrote. “So I bet that means they possibly got picked up for season 10. Everything for the show. I bet Vanderpump Rules can’t film in Bali.”

In a Reddit thread, another viewer noted: “They don’t usually announce until just before filming of the new season. Brock alluded to there being another season, and Scheana had to correct him and say IF there’s another season. So I think the cast is thinking there will be another season.”

And another viewer pointed out that filming for “Vanderpump Rules” typically starts in the summer, so it may be too soon for a network announcement – especially since the season 9 reunion has yet to air.

Fans may recall that the 9th season of “Vanderpump Rules” was on an extended hiatus due to the cast shakeup and the  COVID-19 shutdowns in California. Many fans speculated that the long-running reality show was done, and it didn’t help when Andy Cohen gave a cryptic response when asked about it on an episode of  “Watch What Happens Live” in early 2021.

“Well, nothing,” Cohen replied when a viewer asked what was going on with “Vanderpump Rules” in February 2021.  “Because the restaurants in LA are not open. So hopefully once LA opens up they’ll start rolling… I hope.”

But in April 2021, People reported that “Vanderpump Rules” would officially be returning to Bravo. A little later that month, Entertainment Tonight reported that the show started filming in late April.