Getty PASADENA, CALIFORNIA - JANUARY 16: Cicely Tyson of "Cherish the Day" speaks during the OWN: Oprah Winfrey Network segment of the 2020 Winter TCA Press Tour at The Langham Huntington, Pasadena on January 16, 2020 in Pasadena, California. (Photo by Amy Sussman/Getty Images)

Cicely Tyson, an iconic Black actress whose career spans over six decades, has died. According to Variety, the Tony-winning actress died on January 28, 2021 at the age of 96.

“I have managed Miss Tyson’s career for over 40 years, and each year was a privilege and blessing,” her manager, Larry Thompson, said in a statement to Variety. “Cicely thought of her new memoir as a Christmas tree decorated with all the ornaments of her personal and professional life. Today she placed the last ornament, a Star, on top of the tree.”

Tyson had one daughter, who she referred to as Joan in her memoir, Just As I Am. She was married twice, including to musician Miles Davis for seven years, according to Biography.com.

Tyson was born December 19, 1924 and was raised in the Harlem section of New York City, Biography.com noted. At the age of 18-years-old she began modeling and then entered the world of acting in 1956. She became the first African-American to star in television drama on East Side/West Side in 1963. According to her iMDb bio, she was the the first African American actress to win an Emmy Award for Outstanding Lead Actress in a Television Movie for her performance in The Autobiography of Miss Jane Pittman.  Tyson is one of the 11 Black actresses to be nominated for an Academy Award for Best Actress. There’s also a school named after Tyson in East Orange, New Jersey : the Cicely L. Tyson Community School of Performing & Fine Arts.

During her career, she received many accolades, nominations and honors. According to Biography.com:

Tyson became a member of the Black Filmmakers Hall of Fame in 1977. She was also been honored by the Congress of Racial Equality and by the National Council of Negro Women. And in 2010, the National Association for the Advancement of Colored People presented Tyson with its 95th Spingarn Medal — an award given to African Americans who have reached outstanding levels of achievement. In 2016, she was honored with the Presidential Medal of Freedom by Barack Obama.

She also received a Tony Award, for 2013’s The Trip to Bountiful, and a honorary Oscar in 2018. She has been nominated for an Emmy five times and received a Kennedy Center honor in 2015.

Tyson has starred in movies and television shows including Sounder, The Autobiography of Miss Jane Pittman, Roots, Just An Sweet Old Song, Diary of a Mad Black Woman, Why Did I Get Married Too?, How to Get Away With Murder, A Fall From Grace, Mission Impossible, House of Cards, Idlewild, Alex Cross, Madea’s Family Reunion and many more.

“The story in Sounder is a part of our history, a testimony to the strength of humankind,” Tyson told The New York Times in 1972. “Our whole Black heritage is that of struggle, pride and dignity. The Black woman has never been shown on the screen this way before.”

Tyson Said She Cherished “Every Moment” of Marriage to Miles Davis

In 2015, Tyson opened up a bit about her marriage to the late Miles Davis. Despite allegations of abuse, she said spoke graciously of him during an interview on CBS This Morning With Gayle King.

Tyson: I don’t really talk about it. No, I don’t. But I will say this. I cherish every single moment that I had with him.

King: But they say it was tumultuous, that it was difficult.

Tyson: What do they know? They are assuming that it was because of the kind of reputation that they perceived was this man. You know? I knew a side–

King: The reputation wasn’t good. The alcoholism, the drugs, that he was abusive to you–

Tyson: The women, yes. All that kind of stuff. But that’s not the man I knew.

During a chat with New York Times Magazine, she discussed the one time Davis physically assaulted her, which she described in her memoir, Just As I Am.

Tyson: Oh, that was the only time he ever hit me, and that was at the beginning of our relationship. I was shocked. Some people came to the house, a famous writer and his wife, and something happened. I had prepared lunch and —

New York Times Magazine: You dropped a knife on the floor.

Tyson: Yes, and he thought I threw the knife on the floor because of something he said. I hadn’t even been listening to what he was saying. And he came to me, yes he did, and he punched me in the chest. That’s the only time he ever struck me. I’d never had anybody do that to me, all right? He was so sorry. I’m glad you reminded me of that. Those things come and go. The abuse that’s mentioned, I understood where it came from. People don’t behave in that way for no reason. It comes from something or someplace. And nine times out of 10, it’s because they have been deeply hurt. The way people would refer to Miles, ‘‘He’s bad, he’s this, he does that’’ — not in a vacuum, he doesn’t. Nine times out of 10, the abuse came out when he was under the influence of the drugs, of the alcohol.

In a recent interview with NPR, she still spoke highly of Davis.

Tyson Revealed She Was Assaulted Early On in Career in Memoir

Besides discussing one-time assault from Davis, she also revealed that she was assaulted early on in her career. While seeking acting lessons, she wanted to attend Paul Mann Actor’s Workshop to work with Lloyd Richards. First, she had to meet with Mann. In her memoir, according to USA Today, she described the assault that she claimed took place in Mann’s office.

Paul, a menacing tower of flesh, thrust himself toward me and began manhandling my breasts, attempting to remove my blouse as I shoved him away. ‘No!’ I yelled. ‘Get off of me!’ He tried to jam me against the wall and shove his hand under my camisole, but I somehow managed to break free.

After the assault, Tyson continued on learning about her craft and said in her memoir that she didn’t let the assault discourage her.

Life is choices, and as I saw it, I had two. I could’ve fled from that man’s office and never returned. Many, understandably, might have chosen that route. … I had arrived at that studio with the singular purpose of training with Lloyd. And though Paul, in a show of breathless lasciviousness, had attempted to thwart my mission, I was not to be deterred.” 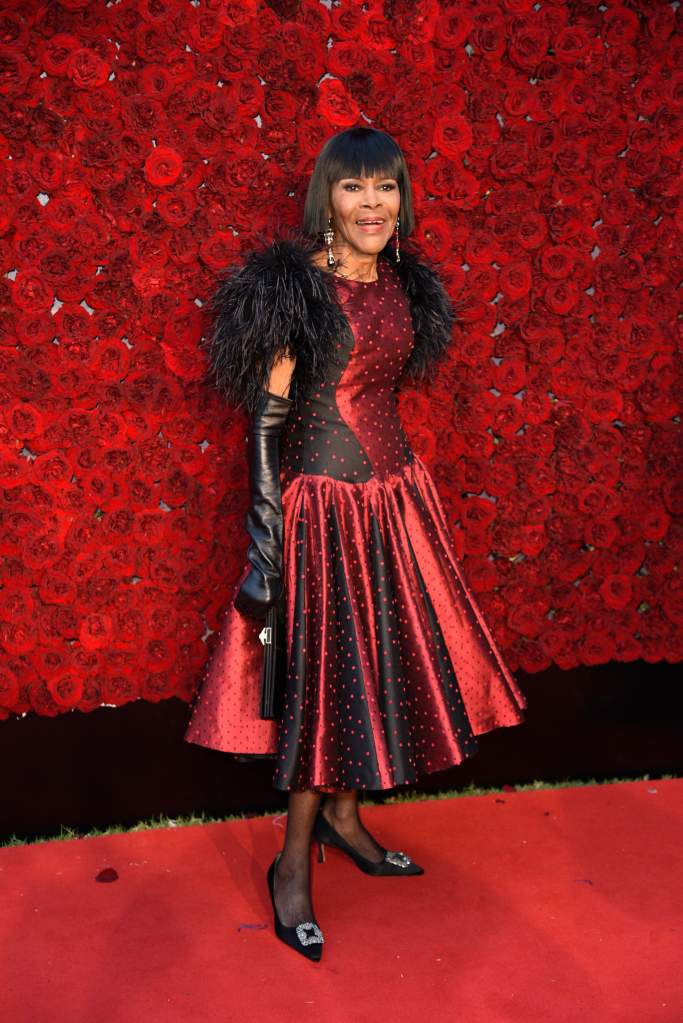 Social media is getting filled posts of people sharing their shock and sadness about Tyson’s death as well as recognizing how much of an icon she was.

“This one hurts, today we honor and celebrate the life of one of the greatest to ever do it,” Zendaya tweeted. “Thank you Cicely Tyson. Rest in great power.”

“Stunned to hear that Cicely Tyson had joined the ancestors,” Marc Lamont Hill wrote. “Words like trailblazer, genius, and legend are shamefully insufficient when describing Ms. Tyson. May she rest in perfect peace.”

A force in her industry who opened the door for so many to follow. There will never be another with the poise, class, and talent of Cicely Tyson.

“So many great stories about Cicely Tyson! Whew: that lady was amazing. While shooting a doc on her in Spanish Harlem—people kept stopping their cars! In the street! To hop out and say hi! Old people. Teenagers. Middle aged fans. “Ciss-el-lee” they’d chant as she’d walk by!”

Another powerful and influential voice has transitioned. Thank you for sharing your gift with the world. Thank you for blessing us with such beauty and grace. Rest well, Cicely Tyson 💕🙏🏾 pic.twitter.com/8ffV2xHtII

This one hurts, today we honor and celebrate the life of one of the greatest to ever do it. Thank you Cicely Tyson. Rest in great power. pic.twitter.com/vwchWT5512

"Whatever good I have accomplished as an actress I believe came in direct proportion to my efforts to portray Black women who have made positive contributions to my heritage." #CicelyTyson #JustAsIAm pic.twitter.com/o2n4vFlpaI