Derek Hough is known for his Emmy-winning choreography and six mirrorball trophy wins, but the 36-year-old “Dancing with the Stars” judge has a pretty busy personal life, too.

The pro dancer has been dating girlfriend and fellow professional dancer Hayley Erbert since at least 2016, according to Closer Weekly.  After initially keeping their romance out of the public eye, in recent years the two have not shied away from showing off their relationship on social media.

Here’s more on Hough and Erbert’s relationship and how they met.

Hough & Erbert Met While Working Together on ‘Dancing with The Stars’ 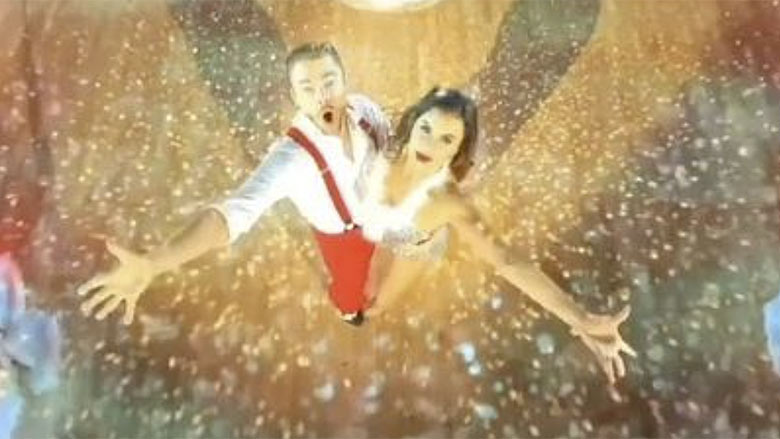 It’s not a huge surprise that the couple met on the “Dancing with the Stars” set when Erbert first became a troupe dancer for the celebrity ballroom show.  The pro dancing pair performed together on “DWTS Live” in 2015, to the Ed Sheeran song “Thinking Out Loud,” per Women’s Health magazine.

Once they became dating “official,” Hough told Entertainment Tonight it was freeing to finally let the world know he was in a relationship with Erbert.

“It’s just tiring,” he admitted of the secrecy. “It was liberating, honestly, just being like, ‘Hey, this is our relationship. This is cool. This is what it is and it’s great.’ I think I just kind of got almost conditioned to feel or believe that I have to hide everything. When in reality I was just like, ‘You know what? There’s a freedom to just being open about it.'”

Even though he has moved on to the judges’ table on “Dancing With the Stars,” last fall Hough danced with Erbert in a special performance on the show.

Hough & Erbert Have Talked About Marriage, But Don’t Expect a ‘DWTS’ Proposal 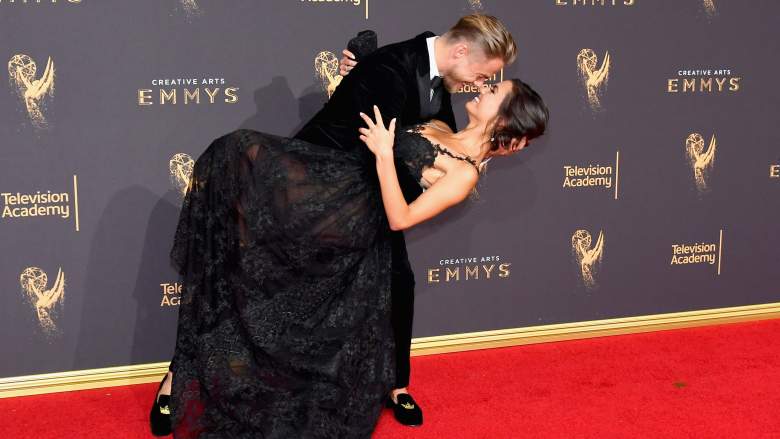 Marriage proposals happen on “Dancing With the Stars.” Who can forget Sasha Farber’s on-camera proposal to longtime love Emma Slater during a live episode of the ABC show in 2016?

Hough has admitted that the marriage question gets thrown at him and his girlfriend often.

“It’s a very common question we get asked,” Hough revealed on the “Tamron Hall Show” in 2020. “And so we just kind of laugh about it and carry on.”

Hough added that quarantining together during the COVID-19 pandemic brought him and his girlfriend closer together and he hinted at a future engagement.

“And, yeah, I think the future definitely has been on our mind, in many different ways,” he said. “So we’ll see. It’s all going in the right direction.”

But the pro dancer shut down the idea of a “DWTS” proposal like Farber pulled off. While speaking with Entertainment Tonight, Hough said a TV proposal is “not happening” for him and ERbert.

“Just because, that’s just not my style,” he explained.

While he has hinted that admitted that marriage is on his mind, the 36-year-old dancing champ said he doesn’t have any kind of timeline for an engagement.

“I don’t know timelines, I just know shapes,” he said.

Hough has said he feels no rush to get married, even with someone as “grounded” as his girlfriend.

“I want to marry once,” he told ET in 2018. “I want to be with that person that I love dearly. I want to get to know that person. I feel like, if anything, it’s something that I don’t feel like should be rushed into doing at all.”

In addition to Hough and Erbert and Farber and Slater, “Dancing With the Stars” has spawned several other solid couples, including Maksim Chmerkovskiy and Peta Murgatroyd, Val Chmerkovskiy and Jenna Johnson as well as pro-celebrity pairings Artem Chigvintsev and Nikki Bella and Kym Johnson and Robert Herjavec.

Loading more stories
wpDiscuz
0
0
Would love your thoughts, please comment.x
()
x
| Reply
The 'Dancing With the Stars' champ has been in a long relationship with a fellow dancer.