Olivia Jade Giannulli is one of the most controversial contestants ever cast on “Dancing with the Stars”–  but someone even more controversial could soon be cheering her on from the audience.

In an interview with E! News Daily Pop, the 21-year-old beauty influencer revealed that her famous parents, Lori Loughlin and Mossimo Giannulli, could turn up in the “DWTS” studio audience sometime this season.

“I would love for them to come,” Olivia told “Daily Pop” of her parents. “They have really taken over dog duty for me. They have been really great dog grandparents at the moment, but hopefully, if I stick around, they’ll come to a show. I want to make them proud.”

In 2019, Olivia Jade’s parents were arrested for their roles in the nationwide Operation Varsity Blues college admissions scandal after it was revealed that they paid bribe money to get Olivia and her sister Isabella into the University of Southern California. The couple pleaded guilty a year later and served jail time and completed community service, according to The Hollywood Reporter.

Olivia Jade’s Family Members Have Kept a  Low Profile Since the College Scandal Broke, But Her Sister Was In the ‘DWTS’ Audience for the Season 30 Premiere 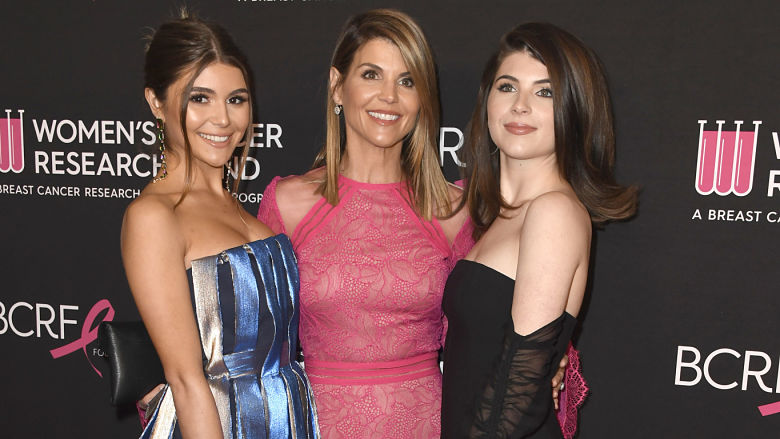 Olivia Jade’s family has kept themselves out of the spotlight in the two years since the scandal broke – until now. For the “Dancing With the Stars” season 30 premiere, Olivia’s sister Bella was in the audience to show her support. And there is plenty of room for all of Olivia’s family members to join the “DWTS” audience, as the in-studio crowd will only be comprised of vaccinated friends and family of the contestants this season due to the COVID-19 crisis, according to Us Weekly.

Olivia told the outlet her mother, who was a longtime ABC star on the sitcom “Full House,” has been a “huge support” of her joining the network’s celebrity dancing show.

“She’s in total mom mode, like, ‘Make sure you take an Epsom salt bath.’ She’s trying to get me to take an ice bath!” Olivia said. “I’m like, ‘I don’t need an ice bath yet.’ My sister has been telling me she wants to come to every single show.” 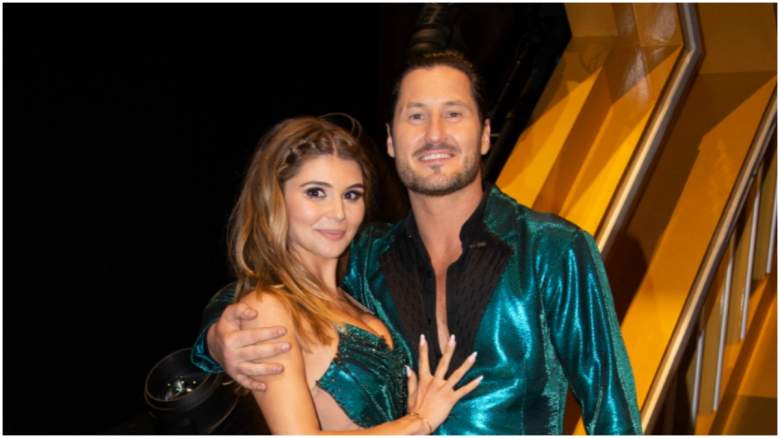 ABCOlivia Jade and Val Chmerkovskiy on Dancing with the Stars.

While she has been the subject of scandal, in the “Daily Pop” interview, Olivia Jade said viewers don’t really know much about her yet.

“A lot of people don’t know that I have a strong work ethic,” she said. “Obviously this is a really tough contest and we are in rehearsing every single day for hours. … I just feel like people don’t really know my personality yet, except for maybe the people who watch my YouTube channel. I’m excited to show just who I am truly at my core, just have fun and learn how to dance.”

There has been a lot of criticism over Olivia Jade’s casting on the ABC celebrity ballroom competition, with some viewers demanding that the social media personality should be voted off the show first due to her involvement in the scandal.

But Olivia Jade has claimed she was not fully aware of what went on during her college admissions process. In an interview on “Red Table Talk,” she said she felt that because she is so young she deserves ” a second chance to redeem myself, to show I’ve grown.”

READ NEXT: Brian Austin Green & Sharna Burgess Cast Together on ‘Dancing With the Stars’

Her strong work ethic obviously didn’t include getting a real education or athletic skills so she and her parents didn’t have to cheat and buy her admission. Poor little spoiled brat.
I’ve had the misfortune to ‘work’ with or supervise pampered princes and princesses who got preferential hiring. Their parents should be held equally liable for the risk and damages.

Discover more from Heavy on Dancing With The Stars↓

Unlock the latest Dancing With The Stars news, rumors and exclusives — direct to your inbox. ↓

Loading more stories
wpDiscuz
1
0
Would love your thoughts, please comment.x
()
x
| Reply
The 'Dancing With the Stars' Season 30 contestant did not rule out a cameo by her controversial mom.