Rumors surrounding host Tyra Banks’s possible exit from Dancing With the Stars have been resurfacing online. The rumors, however, seems to be false, as Banks has said she’s excited to return to the show for the next season.

In October, Gossip Cop reported on a National Enquirer story that cited a source who said that Banks “is already trying to back out of hosting” ahead of the new season of the show after a rocky start to season 29, particularly after the mishap when the wrong names were called for the bottom two contestants.

“So-called ‘tipsters’ for the tabloid go on to say that the former model has been ‘bickering behind the scenes with producers,’ who are supposedly regretting replacing veteran hosts Erin Andrews and Tom Bergeron,” according to Gossip Cop.

Gossip Cop said the National Enquirer report had “several logical inconsistencies” and “a history of making inflammatory statements about the future of popular TV shows.”

Ultimately, Gossip Cop rated the rumor “most likely false, given the evidence,” and it’s likely that they’re correct. Banks has already said she’s excited for next season, and she just started hosting the show, so it’s very likely that Banks will be returning once again for season 30. 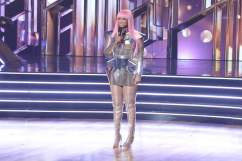 ‘Dancing With the Stars’ Pro Speaks Out on Tyra Banks Backlash

A Source Reportedly Said Banks Wanted to ‘Back Out’

According to Gossip Cop, a source told National Enquirer that Banks was “bickering behind the scenes with producers” who were upset with her following her “horrifying gaffe.”

That’s likely not true, as many of the judges and cast members came out in defense of Banks following the mishap early on in the season and said she did a great job with what she was given. They cited technical issues for the problem and laid no blame on Banks.

In an interview with Extra, for instance, new judge and six-time Mirrorball champion Derek Hough said that Banks handled the elimination error from production the right way and that production was actually very happy with the way she conducted herself during the live show.

“You know, the producers came up afterwards and were actually thanking Tyra,” he shared. “They were like, ‘Thank you so much,’ like, ‘you handled that so well.’ There was a technical situation happening in the booth.”

He added that people were “happy and relieved” with the way the situation was handled. 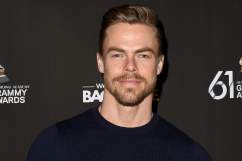 Derek Hough Reveals Behind the Scenes Details About Tyra Banks

Banks Is Likely Returning for Season 30

While Dancing With the Stars has yet to be renewed for season 30 officially, it’s likely that it will be and that Banks will once again return as the host of the show. In an Instagram post on November 30, Banks announced that she was excited for what a new season will bring to DWTS.

“First Monday without my [Dancing With the Stars] fam and I’m already missing all the dance, the glitz and the glam, and getting to play dress up each and every week!” Banks wrote. “The first dress from the finale night had me feelin’ like I was about to float away like a cloud (and trip on the stairs!!!)”

She continued, “Already can’t wait until next season where you know we will take it up 10 notches. Cuz that’s how we do.”

With that, it’s clear that Banks is planning on a return to Dancing With the Stars. The monumental season 30 will likely premiere sometime in 2021 with a whole slate of celebrity contestants and pro dancers. 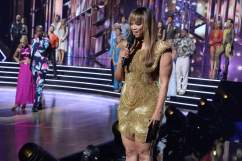 READ NEXT: Cheryl Burke Reveals What Role She Wants to Have on ‘Dancing With the Stars’ Post Retirement

Loading more stories
There have been recent rumors surrounding Tyra Banks's possible exit from 'Dancing With the Stars' ahead of season 30.