YouTube Dorothy Stratten in the film 'They All Laughed.'

Dorothy Stratten rose to fame as a young Playboy Playmate in the late 1970s.

She was still a teenager working at a Dairy Queen store in Canada when Paul Snider, a small-town hustler, “discovered” her in 1978.  According to ABC News, Snider, who had found some success as an auto show promoter in Canada, felt that Stratten could be his ticket to new life in Hollywood.

Snider took Stratten under his wing, courting her and even taking her to her high school prom when she was 18 and he was 26, according to Hollywood Life. He also convinced her to pose for a nude photoshoot, and he sent the photos to Playboy. Before long, she was named the magazine’s August 1979 cover girl.

At the height of her fame, the blonde beauty graced the pages of Hugh Hefner’s famous magazine and was named the 1980 Playmate of the Year. She also appeared in movies such as “Skatetown U.S.A.” and “Galaxina,” as well as the popular TV shows “Fantasy Island” and “Buck Rogers in the 25th Century,” per IMDb. In April 1980, Stratten sat on Johnny Carson’s couch for an appearance on “The Tonight Show.”

Stratten was on the fast track for superstardom, but her final film role was a posthumous one. By the time her first major movie, “They All Laughed,” was released in 1981, Stratten was dead.

Dorothy Stratten Was Killed in a Murder-Suicide Orchestrated by Her Estranged Husband, Paul Snider 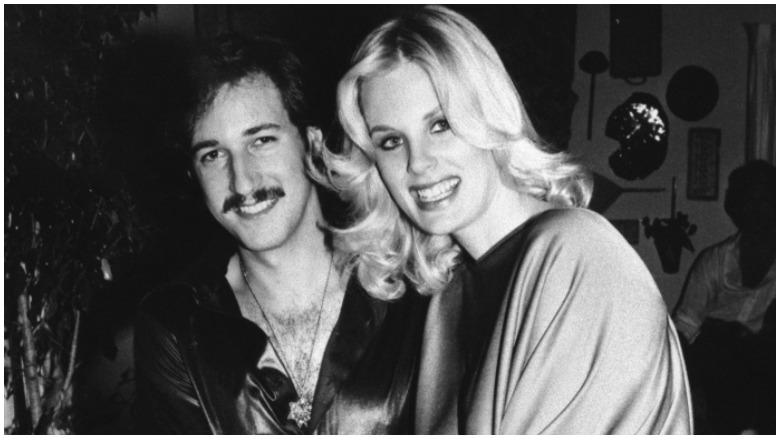 Stratten didn’t just serve as Snider’s muse, she also became his wife. Once Playboy came calling, the two relocated to Los Angeles, and they married in Las Vegas on June 1, 1979,  per Harper’s Bazaar. Members of Stratten’s inner circle opposed the marriage, as did Hugh Hefner, who at one point banned Snider from the Playboy Mansion.

“She knew I had serious reservations about [Snider],” the Playboy founder told The Village Voice in 1980. “I had sufficient reservations… that I had him checked out in terms of a possible police record in Canada.… I used the word — and I realized the [risk] I was taking — I said to her that he had a ‘pimp-like quality’ about him.”

As Snider demanded control over Stratten’s career and finances, she filed for divorce just a few months into their marriage. According to People, Stratten’s friends warned her not to meet with her estranged ex to go over their divorce agreement, but she did not listen.

On Aug. 14, 1980, Snider sexually assaulted Stratten, 20, then shot her in the face, according to Fox News. He then used the 12-gauge shotgun to kill himself. The grisly murder-suicide scene was discovered by two of Stratten’s friends, Stephen Cushner and Patti Laurman, who went over to the house to check on her.

Stratten was buried at Westwood Memorial Park in Los Angeles, per Find a Grave. 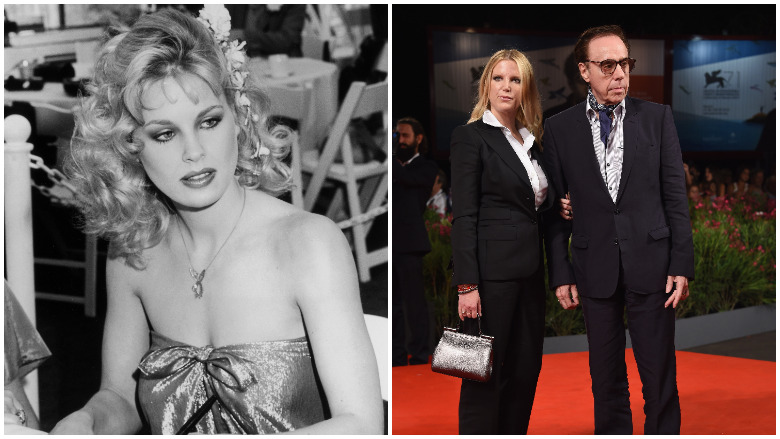 Not long before her death, Stratten became involved in an affair with her “They All Laughed” director, Peter Bogdanovich.  After first meeting the blonde model at the Playboy mansion, Bogdanovich fell for her immediately and cast her in his film, which also starred Audrey Hepburn, Ben Gazzara, Patti Hansen, and John Ritter.

“I could hardly believe that she really existed, that she wasn’t a dream,” Bogdanovich once said of Stratten, per People. “There was something miraculous about Dorothy Stratten.”

Stratten separated from Snider and moved in with the wealthy movie director in Los Angeles, per The Sun.

Snider murdered his estranged wife when he discovered she was having an affair with Bogdanovich. The filmmaker later partially blamed Hefner and the Playboy lifestyle for his lover’s murder, according to the Associated Press.  In 1989, Bogdanovich married Stratten’s younger sister, Louise. While the two stayed married until 2001 and remained on good terms following their divorce, Stratten’s mother was very upset by the union early on.

“I feel he wants her because of a guilt trip,” Statten’s mother said of Bogdanovich at the time, per People. “This happened to my other daughter, who got her head shot off, and it’s gonna happen to this one. He didn’t do it, but he was involved. If he is in love with one daughter, how can he be in love with the other daughter?”

Bogdanovich died on January 6, 2022, after suffering from Parkinson’s disease, per The Hollywood Reporter. He was 82.

READ NEXT: How Did Anna Nicole Smith Die?’