In a spot for Scotts & Miracle-Gro, the father-daughter duo recreated Travolta’s famous “hand jive” dance from the movie Grease, but it turns out dancing skills aren’t the only thing that runs in the family.

Ella, now 20,  is very much the daughter of her famous dad, John, and her mother,  the late actress Kelly Preston.

Here’s what else you need to know about Ella Bleu Travolta. 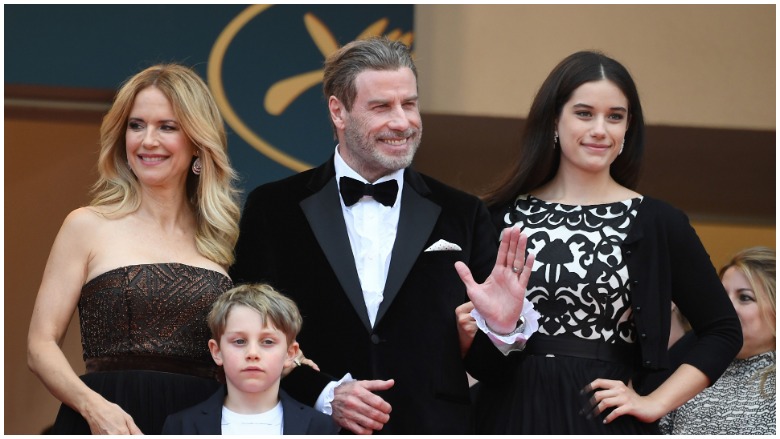 GettyJohn Travolta (2ndR), his wife US actress Kelly Preston (L) and their children Ella Bleu Travolta (R) and Benjamin Travolta pose as they arrive on May 15, 2018 for the screening of the film “Solo : A Star Wars Story” at the 71st edition of the Cannes Film Festival in Cannes, southern France.

Ella was born on April 3, 2000. She is the second child to John and Kelly. The couple had an older son, Jett, who died in 2009 after suffering a seizure while on vacation with his family. The celebrity couple later welcomed a second son, Benjamin, in November 2010.

Ella was only 9-years-old when she lost her brother Jett.  She is close to Benjamin and has described him as her “best friend.” In a touching Instagram post for his birthday last year, Ella shared a photo of Benjamin on a boat and wrote, “To the sweetest boy in the world, I am so lucky to have you in my life. Even though I am your older sister, you continue to teach me so much every day. You are my best friend and I love you to the moon and back.”

2. Ella Has Appeared in Two of Her Parents’ Movies 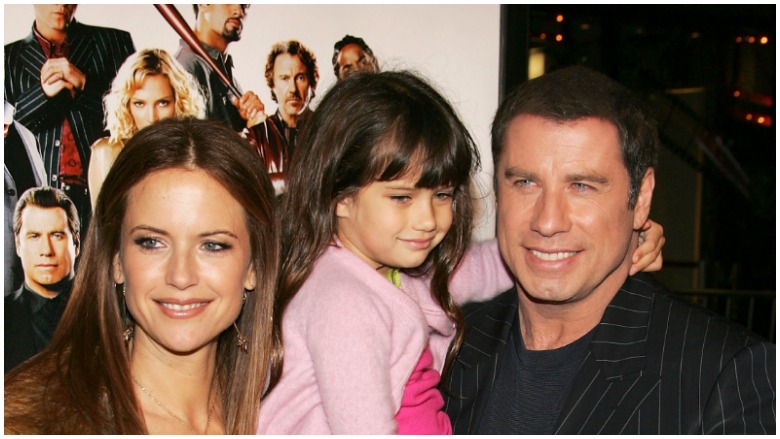 In 2009, Ella had a small role in the film Old Dogs, which starred both of her parents as well as the late Robin Williams, according to IMDB. A decade later she worked with her dad in the movie The Poison Rose.

The young actress spoke to People that year to reveal that she always loved “performing, singing, dancing and putting on shows” at home for her family and friends from the time she was a little girl.

“In our house in Maine we have this stage area set up with a little red curtain and my friends and I would perform there…We did (everything), from the Hulk to Christmas shows and one year we all played different Housewives of Maine,” she said.

Ella also called her dad “the best mentor” on the set The Poison Rose.

3. Ella Used to have a Huge Crush on Actor Taylor Lautner & Was Mortified When She Finally Met Him in Person

On Instagram, Ella shared  a throwback photo of her posing with actor Taylor Lautner. In the caption, she joked about her 10-year-old hairstyle hair and then revealed that her dad embarrassed her in front of the Twilight actor by telling him she had been “researching all about him on the internet” before he stopped by their house.

Ella also detailed the story when she later appeared with her dad on Jimmy Kimmel Live. She said her face turned “bright red” when her dad embarrassed in front of her crush.

4. Her Favorite Films By Her Parents Include ‘Grease’ & ‘The Cat in The Hat’

Ella is a huge fan of her parents’ movies. When asked by People to choose her favorite films by her famous parents, she told People, “all of them are absolutely amazing” so it was “really hard” to pick.

“But some of my top favorites of my dad’s are From Paris with Love, and obviously Grease,” she said. She added that Cat in the Hat and What a Girl Wants are her favorite flicks starring her mom.

In 2019, Ella showed off her Grease fandom by attending a Grease sing-along and meet and greet in Florida.  She described the night as  “one of the most wonderful and beautiful nights of my life,”  according to Closer Weekly.

Preston also shared a video of her daughter singing and smiling as she sat in a huge audience for the movie screening. Ella belted out the lyrics to the Grease soundtrack song “Summer Nights” as her dad performed it onscreen with co-star Olivia Newton-John.

5. Ella Appears to Have Become More Involved in Scientology in Recent Years 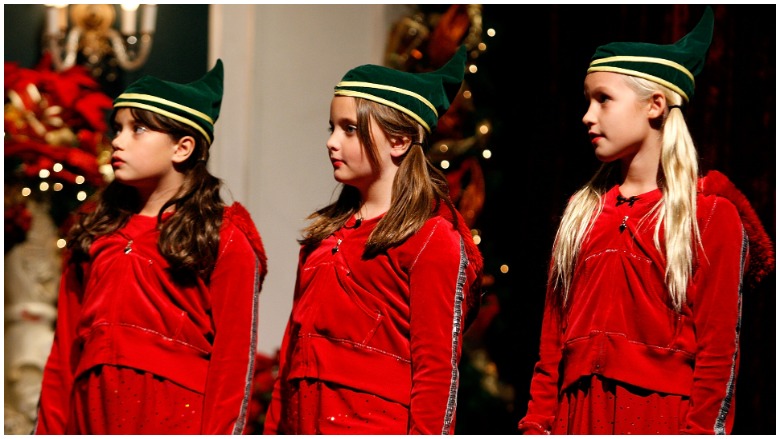 John Travolta is a devout Scientologist, so it’s no surprise that his aspiring actress daughter performed in the Church of Scientology’s Christmas Stories production when she was a child.

In 2019, it was reported that Ella was becoming more involved in the religion. In May of that year, she posed for photos during the Church of Scientology’s important  Dianetics Day celebration, according to The Underground Bunker,  a blog run by Scientology journalist Tony Ortega.

Dianetics Day is known as one of the most sacred Scientology events as it honors founder L. Ron Hubbard and his famous book. Ella was also seen wearing a “Dianetics” pin at the ceremony that was held only for Scientologists.