Getty Eminem before and after

In his appearances before the Super Bowl 2022, where he is performing in the halftime show, Eminem sported a very difficult look from how most people remember him. His hair is brown and he has a beard.

Because his hair used to be blonde, that has a lot of people wondering whether Eminem dyes his hair. You can see photos of Eminem then and now throughout this article. Which version of Eminem will show up in the halftime show? He showed up with the brown beard and with a hoodie and baseball hat.

Does Eminem dye his hair?

According to Boston25, Eminem does dye his hair, but it’s the other way around. He used to dye his hair blonde; brown is his natural hair color, the television station reported.

“I was never able to get used to #Eminem with the beard…… He looks like Eminem, in disguise,” wrote one Twitter user.

I was never able to get used to #Eminem with the beard…… He looks like Eminem, in disguise 😆 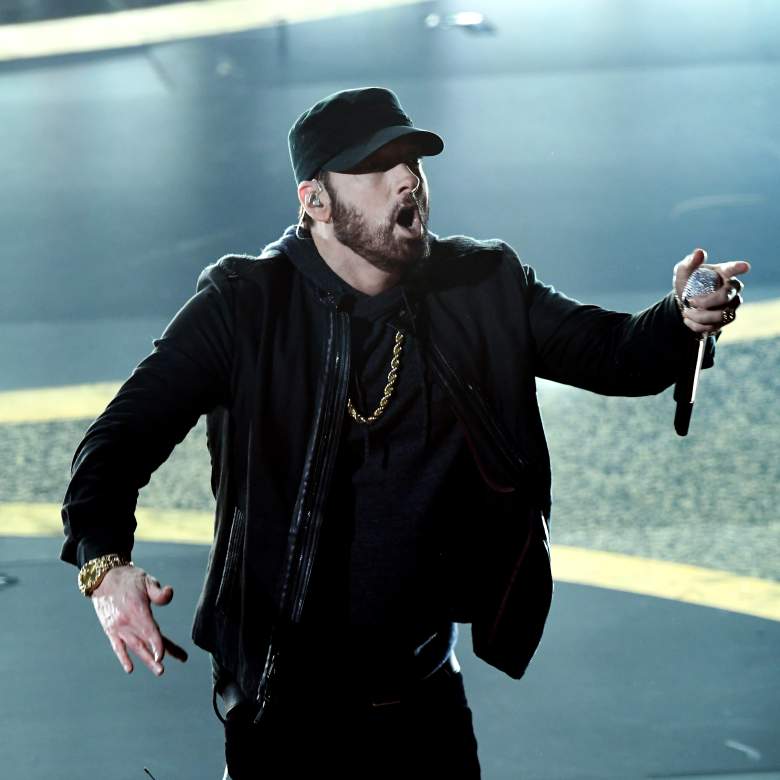 Photos (see one example above), show Eminem sporting the brown beard and hair look dating back to 2020. In fact, it turns out that Eminem has been spotted with a beard since at least 2017, according to Allure. 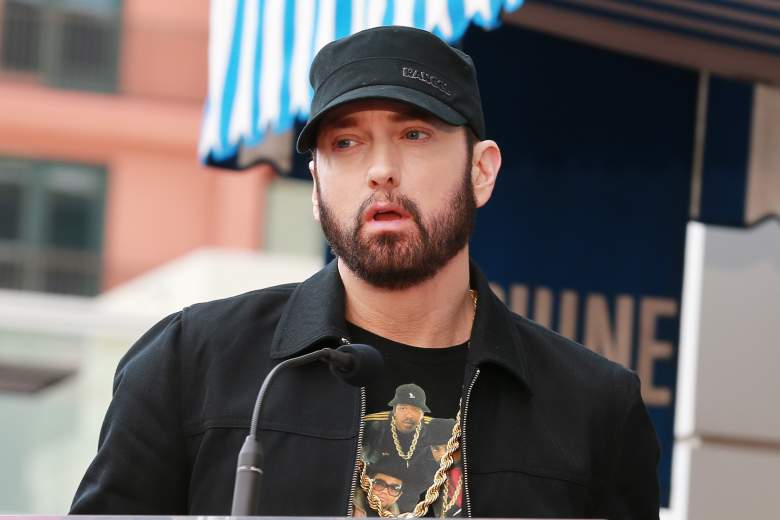 GettyEminem speaks during a ceremony honoring 50 Cent with a star on the Hollywood Walk of Fame on January 30, 2020.

Here are some other photos of Eminem with the beard and brown hair. 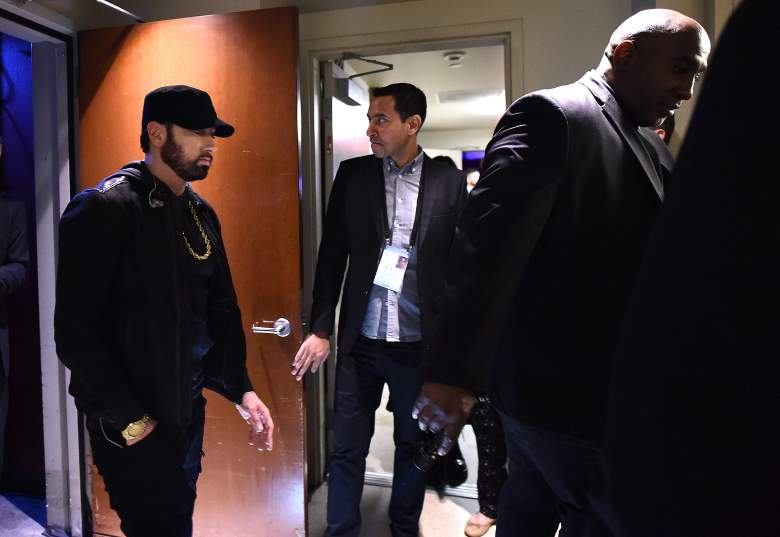 GettyIn this handout photo provided by A.M.P.A.S. Eminem walks backstage during the 92nd Annual Academy Awards at the Dolby Theatre on February 09, 2020 in Hollywood, California.

For years, it was difficult to find Eminem with any hair on his face as this fan page noted:

@Eminem with some facial hair – I went through over 5k photos of him I got on my laptop and only found these pic.twitter.com/wwUiOmuCN3

In 2017, UpRoxx actually ran a story headlined, “Eminem’s Beard Might Just Be The Weirdest Development Of 2017.” 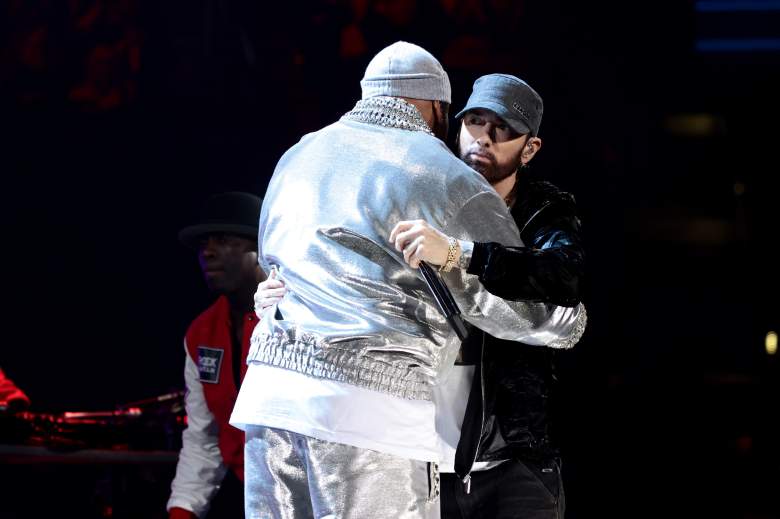 Eminem commented on his then new facial hair in 2017 on Instagram, writing, “Just a couple of guys from Compton and one from Detroit. With a beard. #thedefiantones.”

People Weighed in on Eminem’s New Look on Twitter

Eminem’s beard and brown hair were topics on Twitter.

“If Eminem walks out on the stage today with no beard and blonde hair I will actually die,” wrote one woman.

“If @eminem can color his beard so can I right? Just For Meneminem,” a man wrote.

Eminem Used to Have Blonde Hair 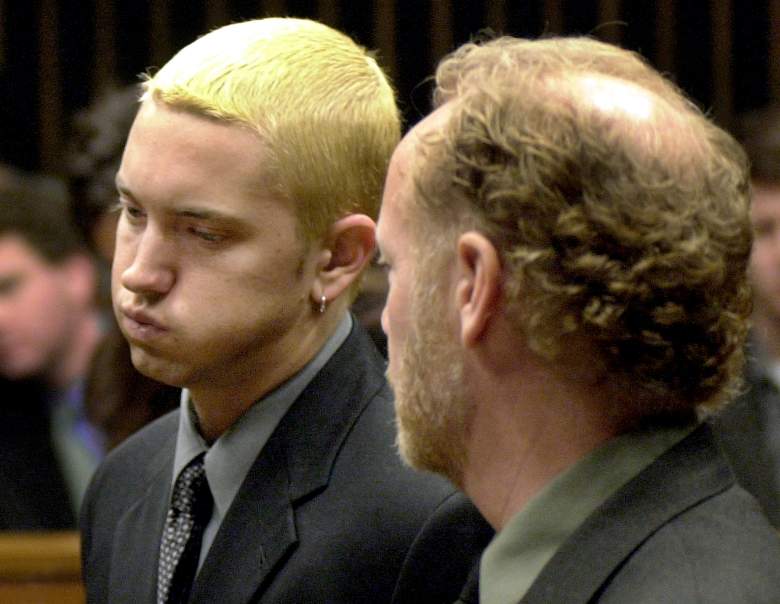 The photos above show Eminem as many people remember him – with blonde hair.

Here are some more photos of Eminem as most remember him. 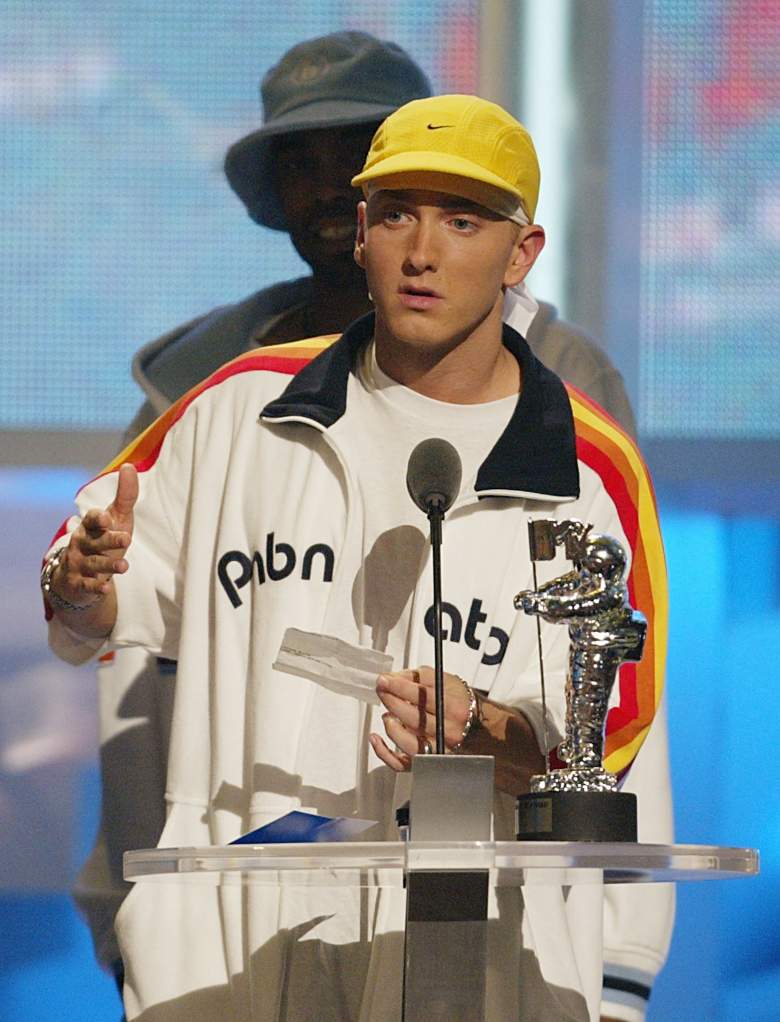 GettyEminem accepts the Award for the Best Male Video at the MTV Video Music Awards 29 August, 2002 in New York. 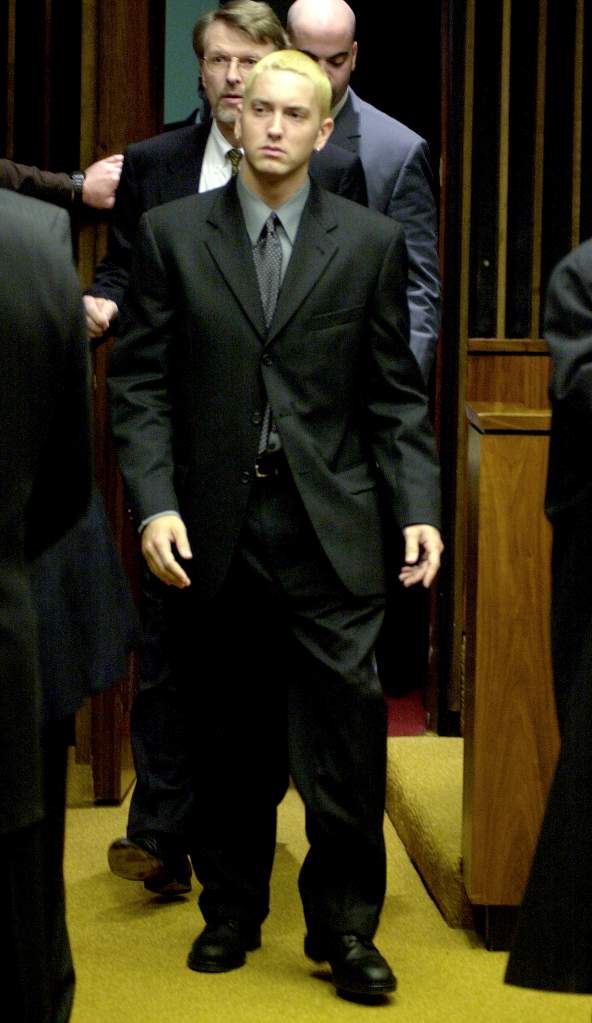