Evelyn Lozada may have a new man in her life. The Basketball Wives star is rumored to be dating superstar Marc Anthony. According to The Blast, Lozada visited Anthony’s Miami mansion along with her two children, 27-year-old Shaniece Hairston and six-year-old Carl Leo Crawford to spend quality time with him. Sources told The Blast that they have been dating for a few months.

The two were exposed after social media followers matched the background of Lozada’s recent posts with the decor of Anthony’s $19 million, 12-bedroom, 21,000-square-foot mansion. In her Instagram photos, she’s lounging around the house and hanging out by the pool in his huge backyard. Anthony wasn’t in any of Lozada’s photos though.

If rumors are true, this wouldn’t be Lozada’s first celebrity relationship. She previously dated retired baseball star and record label CEO Carl Crawford, who is the father of her six-year-old son. She also had a brief marriage to NFL star Chad “Ochocinco” Johnson. Their 41-day marriage ended after a domestic dispute where Lozada claimed that Johnson headbutted her during an argument, ABC reported. 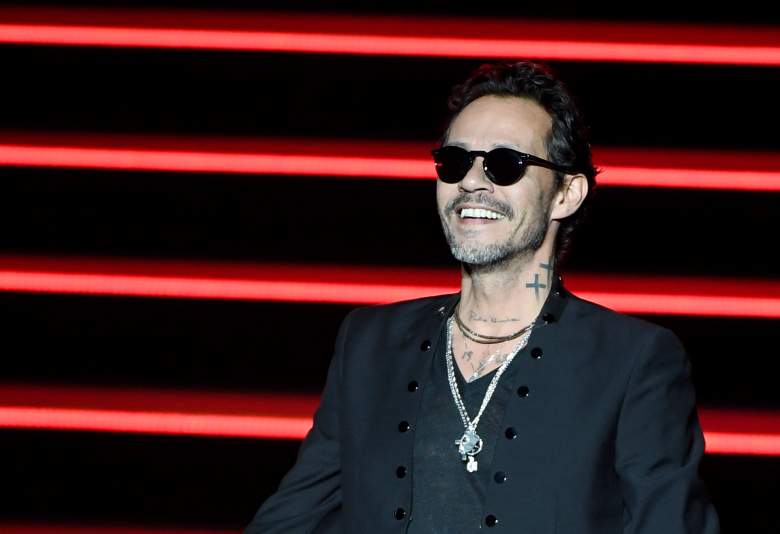 GettySinger Marc Anthony performs during the kickoff of his Opus tour at The Zappos Theater at Planet Hollywood Resort.

A representative from the “You Sang to Me” singer’s team has shot down claims that he and the 44-year-old reality star are dating. According to Page Six, the rep said “that the reports are false and that he simply offered Lozada and her family to stay in his house while he was away.”

Before he was a single man, Anthony had been taken off the market quite a few times. The 52-year-old crooner has been married three times. Anthony married Dayanara Torres in May 2000 and they parted ways in 2004, Hola! reported. They share two children together, Cristian and Ryan. He was married to Jennifer Lopez from 2004 to 2014 and they welcomed fraternal twins, Max and Emme in 2008. They announced their separation in 2011. The demise of their marriage took a toll on the “I’m Real” singer.

During a chat with Oprah Winfrey for 2020 Vision: Your Life in Focus, The Blast reported, Lopez told the media mogul that she was “taught culturally that you have to be together, and you can’t raise your kids without a man and a man,” so she felt she had failed when she was divorcing Anthony.

The same year his divorce with Lopez was finalized, he married Shannon De Lima, who he started dating in 2012, but their love fizzled out in 2016, E! News reported.

“After much consideration, we have mutually and amicably decided to end our two year marriage,” Anthony and De Lima’s joint statement read according to Entertainment Tonight. “We ask for privacy during this difficult process, and no further comments will be made from either one of us about this personal matter.”

When his divorce from Lima was finalized in 2017, Anthony began dating a Dominican model Mariana Downing. According to Hollywood Life, he was also married to a woman named Maria Von Ritchie Lopez but no evidence of their marriage has been found.