Betty White was a true American treasure, who was known for her roles on television shows like The Mary Tyler Moore Show and The Golden Girls. White played the innocent and naïve Scandinavian Rose Nylund on The Golden Girls from 1985-1992, which quickly became instant hit across the entire country.

All four of the show’s stars – White, as well as Rue McClanahan, Bea Arthur and Estelle Getty –  received Emmy nominations for five out of the show’s seven seasons; White received a nomination each year throughout its run, and won the Emmy for Outstanding Lead Actress in a Comedy Series in the show’s first season.

As Rose, White was known for being the comic relief, and always kept audiences laughing. Her lines were often unpredictable in their humor, as were the quotes of her hilarious roommates, Blanche Devereaux (McClanahan), Dorothy Zbornak (Arthur), and Dorothy’s mother Sophia Petrillo (Getty). In celebration of White’s brilliance as the delightfully dumb Nylund, read on for some of Nylund’s best quotes from the show:

Blanche: Do you know what I hate doing most after a party?
Rose: Trying to find your underwear in the big pile?

Rose: I don’t think lying is really a good idea. I once cut school and that proved very bad.
Dorothy: Oh, Rose. We’ve all cut school. It couldn’t have been that bad.
Rose: Oh, yes it was. That was the day they taught EVERYTHING.
Dorothy: The final piece of the puzzle.

Blanche: Rose, what was your first impression of me?
Rose: I thought you wore too much makeup and were a slut. I was wrong. You don’t wear too much makeup.

Rose: Now, I know no one wants to hear any of my stories right now…
Dorothy: That’s always a safe bet, Rose.
Rose: But you need to hear about my cousin Ingmar. He was different. He used to do bird imitations.
Blanche: Well, what’s wrong with that?
Rose: Well, let’s just say you wouldn’t want to park your car under their oak tree.

Rose: It’s like we say in St. Olaf – Christmas without fruitcake is like St. Sigmund’s Day without the headless boy.

Rose: Tell me, is it possible to love two men at the same time.
Blanche: Set the scene, have we been drinking?

Sophia: Your heart is in the right place, Rose, but I don’t know where the hell your brain is.

Rose: Back where I come from, most people won’t eat store-bought cake.
Dorothy: Rose, back where you come from, people live in windmills and make love to polka music.
Rose: Stop it, Dorothy. You’re making me homesick!

Blanche: I don’t look right in American clothes. I have more of a European body.
Rose: Oh, in Europe, do they all have big butts too?

Rose: The laws in St. Olaf are very stringent. Their motto is “Use a gun, go apologize.”

Blanche: I’m sorry, but I refuse to believe you have ever read a scientific journal.
Rose: Believe what you want, see if I care … hyper-sexual bitch.

Rose: When I was younger I was known as the Dancing Fool.
Dorothy: How old were you when they dropped the “Dancing” part?

Rose: I think she’s a gerchominochen.
Doctor: Well, what exactly does that mean?
Rose: Literally, it’s the precise moment when dog doo turns white. But in general, it refers to the kind of person you don’t want to share your hoodencoggles with.

White Was the Last of the Golden Girls

White was known for joking about her old age and death. In 2020, she even revealed that she thought she would be the first ‘Golden Girl’ to die. “I always thought I would be the one who would go…because I was the oldest,” White said in her book, “If You Ask Me.” “But then we lost all of them, and I’m the only one left and I’m still functioning. I think, ‘How did that happen’?”

White was also known for her occasional rivalry with her co-star Bea Arthur, saying in 2011 that although she herself was fond of everyone, “Bea was not that fond of me. I don’t know what I ever did…but she was not that thrilled with me.”

White expanded on her relationship with Arthur in a 2011 interview with Village Voice, saying, “She found me a pain in the neck sometimes. It was my positive attitude – and that made [her] mad…Sometimes if I was happy, she’d be furious.” 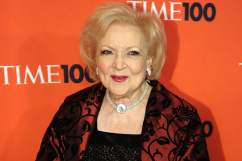 Why Betty White Never Had Children