Hailey Bieber, the wife of Justin Bieber, was hospitalized “with a brain condition,” TMZ is reporting.

The entertainment news site reported that the condition “may be COVID-related.” That hasn’t been determined for certain, though.

Bieber, 25, was admitted to a Palm Springs area hospital, TMZ reported on March 12, 2022, adding that she was later released as doctors continue to study her condition. 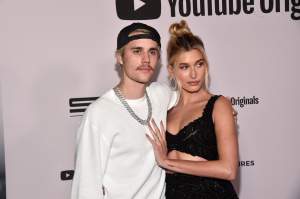 TMZ, citing sources close to Bieber, said that her condition was a “medical emergency” that “affected the way she moved, and the symptoms are typical for much older people.”

She has since been released from the hospital, TMZ reported. According to Page Six, Hailey’s husband, Justin Bieber, was recently diagnosed with COVID-19.

In an update, TMZ reported that Hailey described the condition as “akin to a stroke,” and said she had “stroke like symptoms” and doctors found a small blood clot on her brain that passed naturally from her body.

According to WebMD, “One of the most common symptoms of long COVID is brain fog: a life-altering condition characterized by slow thinking, confusion, difficulty remembering things, and poor concentration.” TMZ reported that doctors are still trying to figure out exactly what is causing Hailey’s symptoms, though.

In recent days, Bieber has been posting a series of photos on Instagram, where she has more than 41 million followers. They didn’t give any sign that something was wrong.

She posted a photo from Paris:

On March 1, 2022, she posted a happy birthday tribute to Justin, writing, “Happy birthday my baby… there are a lot of amazing and beautiful things about this life, but the most beautiful part is that I get to live it with you. I love you.. here’s to 28 🥳❤️”

Justin has also been silent about Hailey’s medical emergency on his Instagram page.

Hailey and Justin Bieber were married in 2018 in a New York City courthouse, according to a timeline of their relationship published by Us Magazine. They had dated on-and-off in between his relationship with singer Selena Gomez.

According to EOnline, Bieber once spoke about the passion in his relationship with Hailey, saying, “When I’m with my wife, we like to… You guys can guess what we do. It’s gets pretty crazy… that’s pretty much all we do.” He added, “We like to watch movies, we like to Netflix and chill, but we definitely do more of the chilling.”

It hasn’t been confirmed whether Hailey Bieber was herself diagnosed with COVID-19, however.

READ NEXT: Chris Harrison’s Gushing Love Notes to His Girlfriend.