The Hallmark Channel is premiering a new movie in its spring lineup, “Just One Kiss,” on Saturday, April 2 at 8 p.m. Eastern/7 p.m. Central. The movie stars Krysta Rodriguez, Santino Fontana, Illeana Douglas, and Aida Turturro. Read on to learn all about where the movie was filmed and see behind-the-scenes cast stories.

‘Just One Kiss’ Was Filmed in Canada

Like many Hallmark movies, “Just One Kiss” was filmed in Canada. According to IMDbPro, the movie began filming on January 28. On February 4, Douglas shared a tweet about being in Vancouver.

In an interview with Monsters & Critics, Turturro confirmed the movie was filmed in Vancouver.

“It was an easygoing experience,” she said. “I went away, got to hang out in Vancouver, have some fun, and shop a little. It was a lovely experience.”

Douglas shared this photo on her way to Vancouver.

Headed to Vancouver so thought I’d break out this #Alive memento for flying. pic.twitter.com/8W0Fbc97Fo

She took some breaks to swim during filming.

The actors stayed at Sutton Place in downtown Vancouver during filming.

In an interview with Monsters & Critics, Turturro said the movie has a magical feel that can “put you in a hopeful frame of mind.”

“These two characters may feel down, but you never know when good stuff can happen. It can literally be right around the corner,” she said.

The synopsis reads: “Sparks fly between professor Mia and lounge singer Tony through a series of chance encounters. Little do they know their mothers are scheming to set them up.” 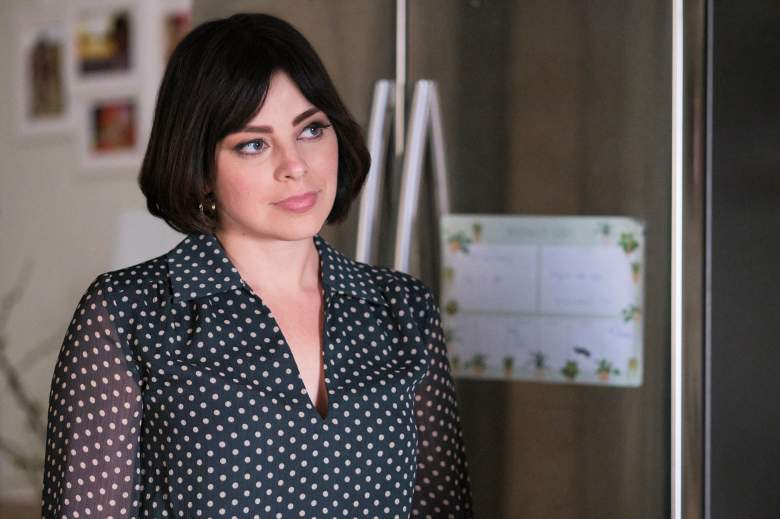 Krysta Rodriguez is Mia. She most recently wrapped a leading role in “Space,” a pilot for TBS/Sony, and played the lead opposite RuPaul in a holiday movie. Her many other credits include “Lisey’s Story,” “Halston,” “Daybreak” (Ms. Crumble), “Indoor Boys” (Lacy), “Quantico,” “Trial & Error” (Summer/Claudia), “Chasing Life,” “Colby’s Clubhouse,” and more.

In 2014, Rodriguez was diagnosed with breast cancer, and in 2015 she started a website called ChemoCouture. She then blogged for Cosmo Online Health about her experiences, according to IMDb.

In 2019, she told Refinery 29 that she’s a breast cancer survivor. She said she initially worried about how cancer would make her look. “My cancer was challenging what I originally thought was beautiful, but I took back the power of the evil thing,” she said. Carey Purcell reported that Rodriguez had a double mastectomy as part of her treatment. 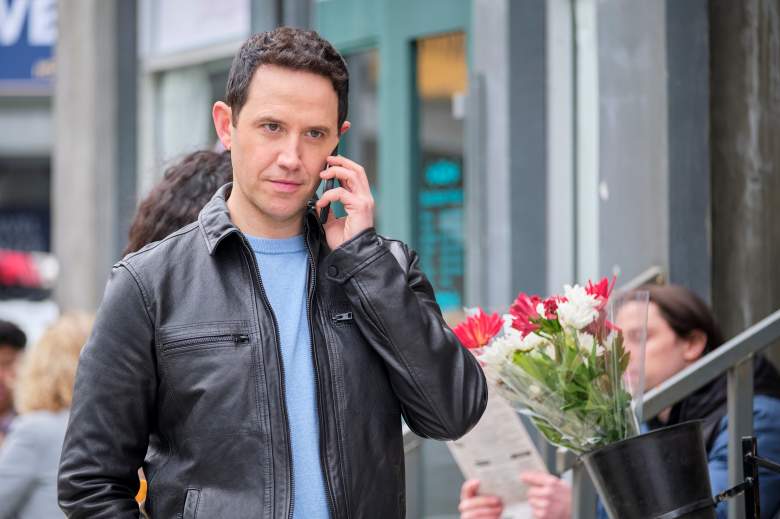 Santino Fontana is Tony. He’s perhaps best known for his role as the voice of Prince Hans in “Frozen.” His many other credits include “The Marvelous Mrs. Maisel” (Boise), “The Devil All the Time,” “Impossible Monsters,” “Mozart in the Jungle,” “Shades of Blue” (David), “Crazy Ex-Girlfriend” (Greg Serrano for 22 episodes), “Submissions Only,” and more. 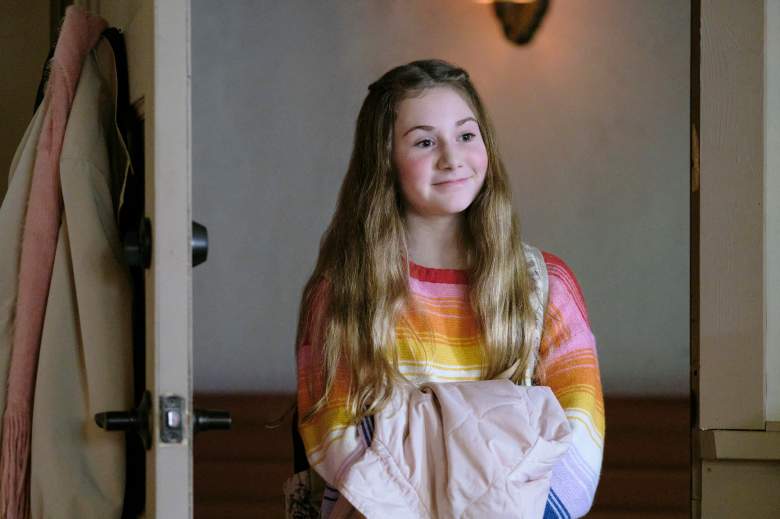 Ava Grace Cooper is Rosie. She’s perhaps best known as Opal on “When Calls the Heart.” Her many other credits include “Holiday Date,” “Supernatural,” “A Summer Romance,” “A Midnight Kiss,” “Mingle All the Way,” “iZombie,” “The Miracle Season,” “Beyond” (Emily), “The Sweetest Christmas,” “Falling for Vermont,” and more. 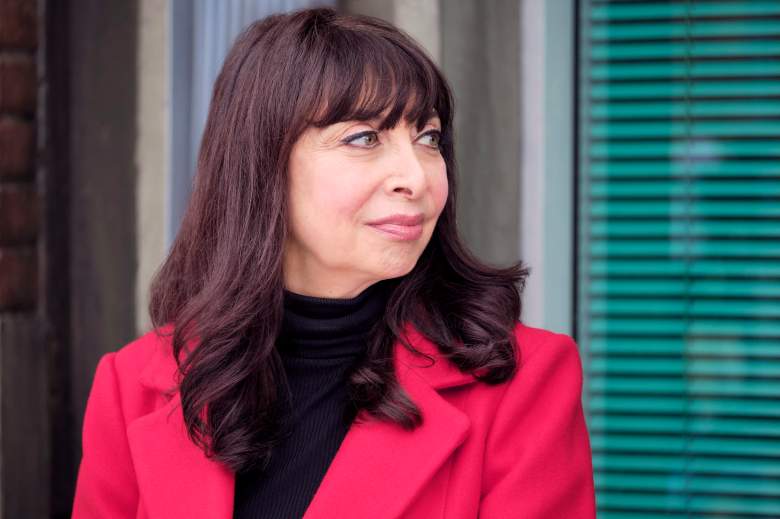 Illeana Douglas is Marlene. She received an Emmy nomination for her role on “Six Feet Under” as Angela. Her other credits include “Shrill” (Sheila), “All Rise,” “Goliath” (Rita), “The Skinny,” “Semi-Charmed Life,” “Chasing Life,” “Welcome to Sweden” (Nancy), “Pearly Gates,” “All Stars,” “My Sister,” “A Country Christmas,” “Easy to Assemble,” “4 Wedding Planners,” “The Temp Life,” “Crumbs,” “The Drew Carey Show,” “Action” (Wendy Ward), “Hacks,” “Picture Perfect,” “Alive,” and more. 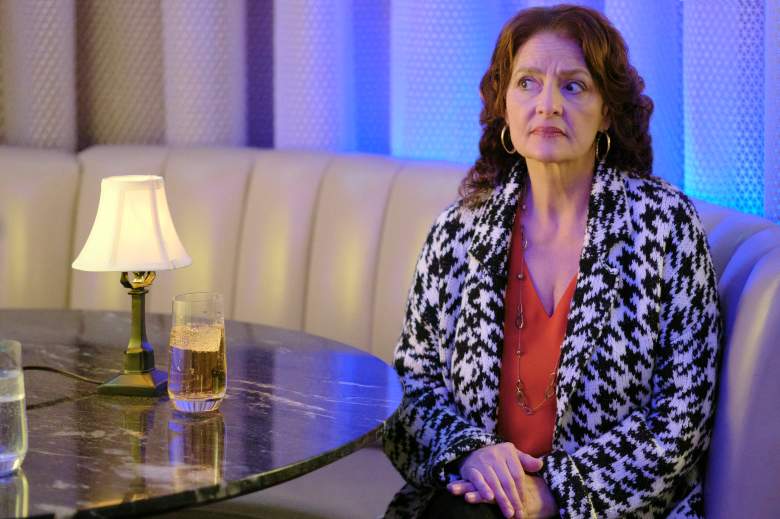 Aida Turturro is Sophia. She’s perhaps best known for her role as Janice on the Sopranos. Her credits include “The Blacklist” (Heddie), “Law & Order SVU” (Trial Judge Felicia Catano), “Kaljave gume,” “What We Do in the Shadows,” “Brooklyn Nine-Nine,” “Fading Gigolo,” “Rob the Mob,” “ER,” “The Sopranos” (Janice Soprano for 53 episodes), “Crocodile Dundee in Los Angeles” (Jean Ferraro)k “Bringing Out the Dead,” “Crossfire,” “Law & Order,” “The Wright Verdicts,” and more.

Also starring, as shared by Crown Media, are:

Loading more stories
wpDiscuz
0
0
Would love your thoughts, please comment.x
()
x
| Reply
Learn all about where "Just One Kiss" was filmed, including stories from the cast.