Hallmark star Kristoffer Polaha is already hard at work filming a new movie for Hallmark’s 2022 Christmas season. He recently told fans on social media that this movie is going to “blow people away.”

He’s Starring in the Movie with Marisol Nichols

Polaha is filming a new Christmas movie opposite fellow Hallmark star Marisol Nichols. The movie will premiere during the 2022 Christmas season. He says this new film will be “Hallmark 2.0” for fans.

Nichols was the first to share the good news about their movie on her Instagram page. She shared a video that showed Polaha in the background on their first day of filming. The two were in an inn decorated for Christmas and it was a positively festive scene.

She also wrote, “Here’s my first scene with Kris (@polahaha ). Can’t wait to see what the rest of the days have in store ✨🎥 #christmasmovie”

In a separate video shared on her Instagram story, Nichols shared that they were filming in Canada and it’s absolutely beautiful right now. 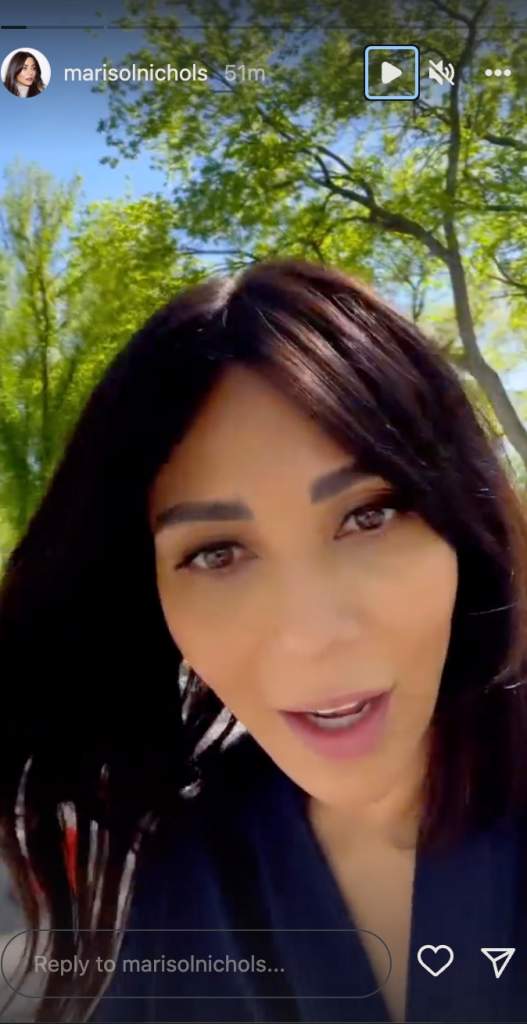 “Living in LA everything’s kind of dry. It’s a desert. And then you come out to other parts…of the world, in Canada. It rains so much and there’s such a beauty to it all. I kind of miss giant trees… Happy Monday everyone.”

Here’s another video she shared from Winnipeg, Canada:

Polaha Said, ‘We Are Walking the Razor’s Edge With This Film’

Polaha replied to Nichols’ first Instagram post, writing, “We are walking the razor’s edge with this film, but you know what? We are both tightrope walkers and that edge feels like a sidewalk. In short, this movie is going to blow people away. #allnewhallmark #hallmark2.0”

Nichols shared another festive video from Day 3 of filming and talked about the experience filming in Winnipeg. She said she was happy to discover she already worked with their camera guy during the first and second seasons of “Riverdale.”

Here are photos from the set:

Brian Sills shared pics from the set of A CHRISTMAS DISCONNECT in Winnipeg, where he's part of now-filming Hallmark movie cast alongside Marisol Nichols.

It's Sills' second holiday movie of the season, after co-starring in Lifetime's REINDEER GAMES.

I really like Kristoffer and the Mystery 101 movies. I hope they will at least make 1 more so that we are not left hanging from the last movie they produced.

Loading more stories
wpDiscuz
1
0
Would love your thoughts, please comment.x
()
x
| Reply
Kris Polaha and Marisol Nichols are filming a new Hallmark Christmas movie. He told fans this is going to be a unique experience for them.